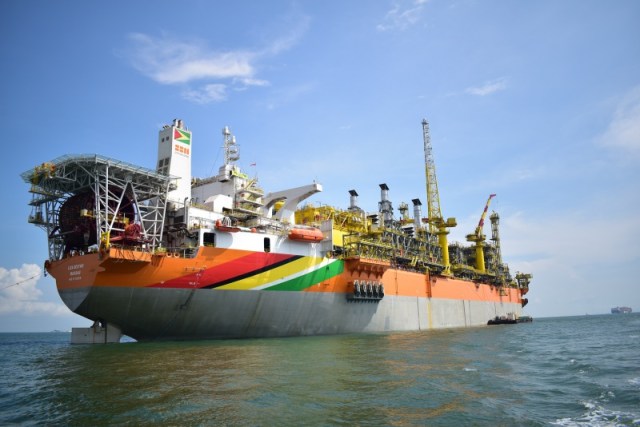 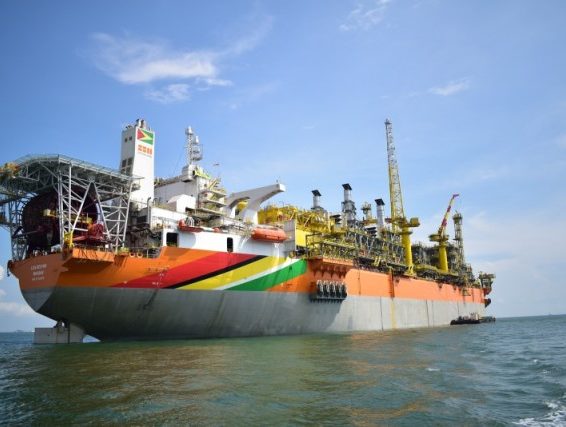 With Guyana expecting to produce an additional 220,000 barrels of oil per day (bpd) when Phase Two of the Liza Development comes on stream next year, the country has been listed among the key drivers of the 2022 oil supply growth.

This is according to the latest edition of the Monthly Oil Market Report (MOMR) of the Organization of Petroleum Exporting Countries (OPEC).

The OPEC MOMR stated that the 2021 non-OPEC liquid supply is expected to grow by 0.7 mb/d (million barrels per day), unchanged from last month’s assessment, to average 63.6 mb/d. Already, Guyana has been named among the main drivers of the 2021 supply growth – coming behind top producers around the world.

However, the OPEC report further outlined that Guyana would continue to be among the key drivers of non-OPEC supply growth in 2022.

“Russia and the US are expected to be the main drivers of next year’s growth, contributing increments of 1.0 mb/d and 0.9 mb/d respectively, followed by Brazil, Canada, Kazakhstan, Norway, Guyana and other countries in the DoC… while oil production is projected to decline mainly in Indonesia, Egypt and Thailand,” the MOMR stated.

According to the OPEC MOMR, global oil demand growth for 2021 has been revised lower by around 0.16 mb/d to stand now at 5.7 mb/d. This revision mainly accounted for slower than anticipated demand from China and India in the third quarter of this year. World oil demand is now estimated to reach 96.4 mb/d in 2021.

Nevertheless, the organization revealed that growth in global oil demand remains unchanged for 2022, standing at 4.2 mb/d. World total demand in 2022 is now estimated to reach 100.6 mb/d, around 0.5 mb/d above 2019 levels.

These forecasts come on the heels of United States oil giant ExxonMobil preparing for Phase 2 of its Liza Development Project in the Stabroek Block offshore Guyana. The oil major started production in December 2019 at the Liza Phase 1 Development.

Back in May 2019, Exxon was granted approval by the Environmental Protection Agency (EPA) to go ahead with its Liza Phase 2 Development offshore Guyana. The oil company had said that the project would have the capacity to produce 220,000 barrels of oil per day.

Exxon had also revealed that the Liza Phase 2 development was funded at the cost of some US$6 billion, including a lease capitalisation cost of approximately $1.6 billion for the Liza Unity Floating, Production, Storage and Offloading (FPSO) vessel which arrived in Guyana’s waters in October, after travelling for approximately 53 days and in excess of 11,000 nautical miles on its journey from Singapore.

The US$9 billion Payara development, the third development, will meanwhile target an estimated resource base of about 600 million oil-equivalent barrels, and was at one point considered to be the largest single planned investment in the history of Guyana.

The Yellowtail development, which will be oil giant ExxonMobil’s fourth development in Guyana’s waters, will turn out to be the single largest development so far in terms of barrels per day (bpd) of oil, with a mammoth 250,000 bpd targeted.

In all, six ExxonMobil-operated Guyana producing projects are predicted by 2027, with plans for an eventual 10 in total.

To date, the US oil major has lifted some 7,056,262 barrels of oil to the tune of US$436 million, which is being kept in an account at the New York Federal Reserve Bank, earning interest for Guyana.

It is projected that oil revenues would triple when the Liza Unity FPSO begins production at the Liza Phase 2 next year.

Only recently, Guyanese Economist Winston Brassington, who once headed the National Industrial and Commercial Investments Limited (NICIL), said the growth of the country’s oil and gas sector would be parallel to the growth in local banking assets.

“We know that we’re growing very fast in this decade, because of oil and gas… Some speak of a fivefold increase in GDP (Gross Domestic Product) by the end of the decade. If we see that, then our bank assets will grow from end of last year of $168 billion to over 3 trillion GYD. And that’s using a compound annual growth rate of 17 per cent,” Brassington said during a webinar hosted by the American Chamber (AmCham Guyana).

According to Brassington, who these days heads the gas-to-shore task force, the growth in banking assets would result in banks having more leeway to pass on the benefits to consumers. As it is right now, the economist noted, there is room for improvement when it comes to lending rates.