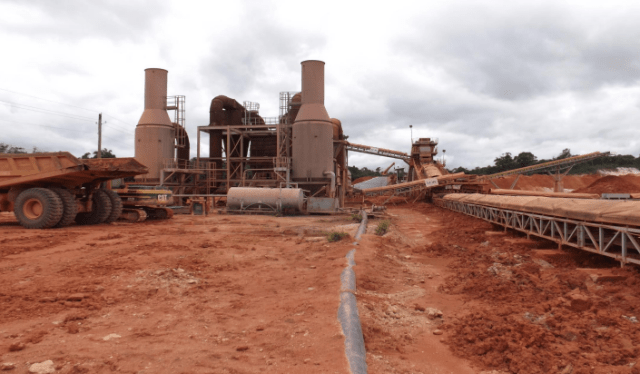 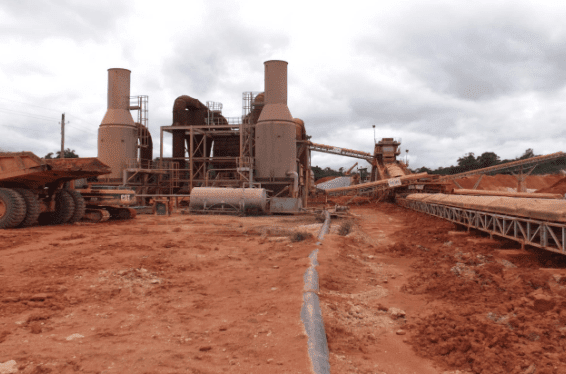 With Guyana looking to enhanced partnerships with its South American neighbours in order to promote sustainable development, President Dr Irfaan Ali has urged Brazil to help with the further development of the bauxite industry here especially given the mineral’s importance to the clean energy agenda that the two countries are pursuing.

The Head of State advocated for this on Friday last during a one-day State visit by his Brazilian counterpart, President Jair Bolsonaro. The two leaders had extensive discussions on a wide range of topics.

In a joint statement following a high-level caucus between Guyanese officials and the delegation from the Portuguese-speaking nation, it was revealed, “President Ali invited Brazil to consider cooperating with Guyana in the development of the bauxite industry in light of the changed energy situation and the importance of aluminium in clean technology applications.”

This is not the first time the Guyanese leader has brough up bauxite with his Brazilian counterpart. During a teleconference between the two Heads of State back in January, President Ali had pointed out that expanding opportunities in other non-oil natural resources sector such as bauxite will create an opportunity for a direct link to northern Brazil and the Atlantic that can “create an excellent platform for us to develop an integrated project”.

Currently, it is estimated that the potential value of Guyana’s total bauxite reserves is close to US$1 billion.

Back in December, President Ali had told residents in Berbice that there are massive bauxite deposits in the region as well as on the other side of the Corentyne River in Suriname. This, he had noted, would make a smelter not only possible but economically and financially viable.

Natural Resources Minister Vickram Bharrat has previously indicated that investors are eyeing Tarakuli bauxite deposits near Orealla, in Region Six. He had stated that Tarakuli is one of the largest such bauxite mines remaining in Guyana that is untouched and of high quality. This, he said, was another reason for the country to establish an aluminium plant.

Meanwhile, having recorded a 3.8 per cent decline in the output of bauxite mining last year, it is projected that the sector would recover this year and grow by some 25.4 per cent.
In fact, during the 2022 Budget Presentation, Senior Minister with Responsibility for Finance, Dr Ashni Singh had disclosed that one of the two bauxite miners in Linden, Region 10, plans to expand their investment this year by injecting a whopping US$16 million capital investment into the industry.

President Ali’s invitation for Brazil to invest in Guyana’s bauxite industry as a pathway to foster clean energy falls into play as the two countries along with Suriname pursue an energy corridor.

The three neighbouring leaders had met back in January in Paramaribo for trilateral talks during which this matter was discussed.

During Friday’s meeting, both Presidents Ali and Bolsonaro further discussed collaborating in the oil and gas industry with a focus on renewable energy.

“We’ve discussed working together on natural gas strategy and how that can be integrated in the development of Brazil and how we can coordinate and cooperate in this area. The potential of hydro renewable energy and to look at this in a holistic frame in terms of energy production. We also discuss areas that we can see cooperation in oil and gas. The experience of Brazil in the management of the oil and gas industry itself is immense,” the Guyanese Head of State noted.

Eyewitness: Rising profile…with the US

Moreover, it was noted that the neighbouring leaders recognised that the unfolding developments in the energy sector in their respective countries provided scope for an expanded bilateral agenda in energy cooperation, including environmental aspects. They acknowledged the valuable cooperation that was ongoing through the exchange of experience and knowledge.

Further, during the meetings on Friday, President Ali reiterated Guyana’s invitation for Brazilian investment in the energy sector.

In response, President Bolsonaro reassured that he will be encouraging businesses in the Portuguese-speaking nation to explore and take advantage of the many investment opportunities available in Guyana.

Via a translator, the Brazilian Head of State remarked, “We encouraged all of those who are interested in investing in Guyana. Of course, after this visit, we will further encourage and incentivise members of the Brazilian business community to further invest in Guyana.”
The Brazilian leader went on to note that Friday’s visit in Georgetown was “very promising” to both countries and their people.

“Guyana has a bright and promising future ahead, especially given its major oil and gas potentialities, but also because of the way your Government has fostered closer and closer relations with Brazil. We are, and stand as, partners. And I’m quite certain that, Mr President, fruits will be reaped as a result of this visit…,” Brazil’s President said via an interpreter.

Meanwhile, it was noted that in the coming weeks, a bilateral virtual seminar involving the business community of both countries will be coordinated by the Brazilian Trade and Investment Promotion Agency (Apex-Brasil) with a focus on new opportunities in Guyana’s oil and gas sector.