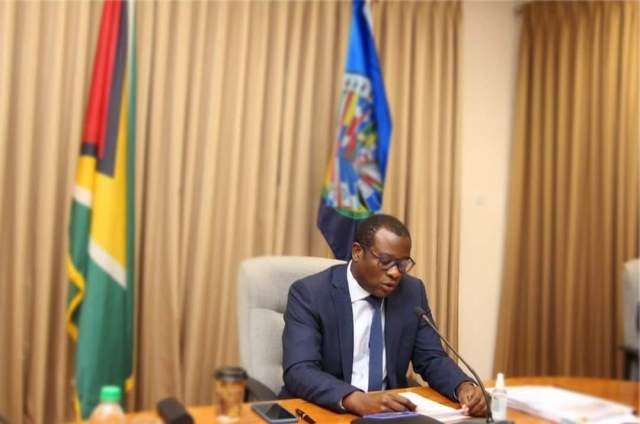 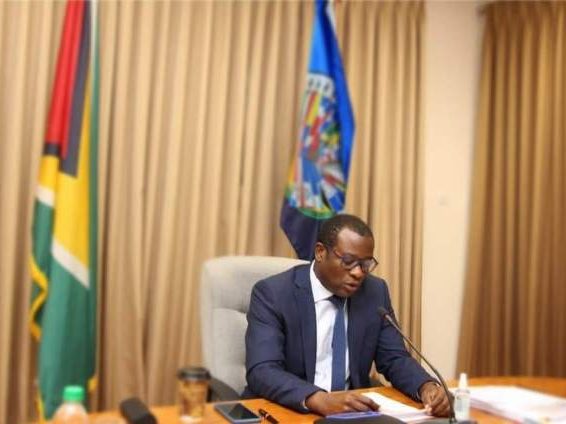 See below for a full statement from the Foreign Affairs and International Cooperation Ministry on the 51st Regular Session of the OAS General Assembly:

The Honourable Hugh Hilton Todd, Minister of Foreign Affairs and International Cooperation participated in the 51st Regular Session of the General Assembly of the Organisation of American States (OAS), which was held virtually from November 10 to 12, 2021, under the theme “Towards Renewal in the Americas.”

During the plenary, Minister Todd delivered remarks during which he alluded to the effects of COVID-19 in the Americas and stated that the Hemisphere experienced a disproportionate share of global cases and deaths. Further, he added that the health impacts of the pandemic have contributed to, and been compounded by, reversals on the economic and social fronts. Regarding hemispheric priorities, Minister Todd highlighted the areas such as increased inequality, higher levels of poverty, heavier debt burdens, setbacks in the education of children and greater food insecurity as a sequel of impacts exacerbated by COVID-19.

The Honourable Minister posited that fostering a sustainable, equitable and resilient recovery is critical for the future of the Americas. He further added that vaccine equity and solidarity are imperative in this undertaking while emphasising that the hemisphere will not flourish or be renewed if vaccination of the hemisphere’s population is not treated in a sustained manner.

Guyana’s Foreign Minister also addressed the urgent need to avert a climate crisis. He stated that for small island and low-lying coastal states, failure to limit global warming within 1.5 degrees Celsius would be intolerable. In this regard, he called on developed and industrialised partners to demonstrate responsible leadership in the global effort to save and repair the planet. Minister Todd added that the Government of Guyana envisages an enhanced role for the OAS in advancing disaster resilience in the Hemisphere and supported the adoption of the related resolution tabled by the delegation of Trinidad and Tobago.

Minister Todd recalled the sentiments by His Excellency, President Mohamed Irfaan Ali, during the 26th session of the Conference of Parties (COP26), calling on world leaders to ensure that the coming decade will be one of the decisive actions that will tackle the current climate crisis to change the world’s present trajectory. To achieve such goals, the Foreign Minister informed the General Assembly of the OAS that Guyana will be guided by the Low Carbon Development Strategy (LCDS) as the country’s vehicle for mitigating and adapting to climate change and contributing to global climate action.

The Foreign Minister also stated that Guyana values multilateralism and the role of the OAS as the premiere regional organization for constructive dialogue and cooperation. He further reaffirmed the Government’s commitment to the pillars of the OAS- Democracy, Human Rights, Integral Development and Multidimensional Security. In this vein, Minister Todd indicated that Guyana recognises the need for the organization to be fit-for-purpose and for necessary restructuring of the Organisation to better respond to challenges of the present and the future.

In light of the twentieth anniversary year of the adoption

In light of the twentieth anniversary year of the adoption of the Inter-American Democratic Charter, Minister Todd reaffirmed Guyana’s abiding commitment to democracy and the rule of law, to safeguarding human rights and fundamental freedoms, to respecting the will of the people. He placed on record once again, sincere appreciation to the OAS for the support provided to Guyana during last year’s electoral stalemate resulting in the will of the Guyanese people being respected and democracy and the rule of law triumphing.