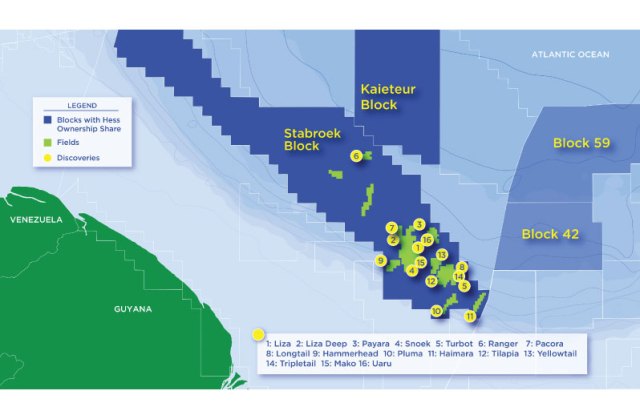 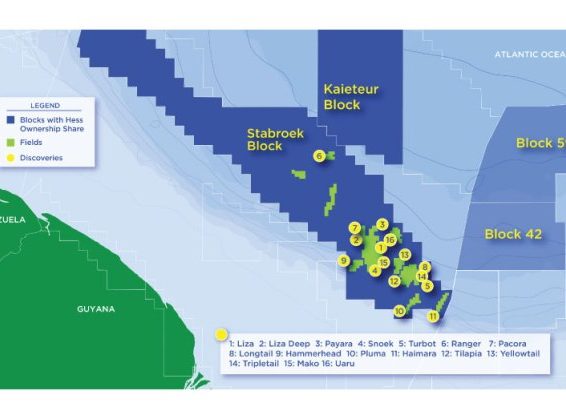 The review began Monday with a virtual stakeholder forum led by the Ministry of Natural Resources. The ministry is tasked with ensuring that the FDP is diligently reviewed and assessed for alignment with the requirements of the Petroleum (Exploration and Production) Act and regulations, good international oilfield practices, and all other applicable protocols, practices and methodologies.

The development plan includes up to three drill ships drilling up to 67 wells, the FPSO vessel and SURF production system, with tankers taking the oil to global markets.

Yellowtail will be situated 126 miles offshore Guyana, where ExxonMobil made its 13th discovery in the Stabroek block.

Its initial production phase is scheduled to commence in 2025, with optimum production capacity of 250,000 barrels per day, and would continue for 20 years. The FPSO is designed to have a storage capacity of two million barrels of oil.

The proposed development, according to joint public hearings into the project between EEPGL and the Environmental Protection Agency, could provide some 1,300 jobs across its four phases. The final of nine public hearings, which concerns the project’s environmental impact assessment (EIA), is scheduled to occur virtually on November 11.

ExxonMobil has already received approval for three development projects in the Stabroek block, where it has made discoveries totalling 10 billion oil equivalent barrels.

Of those projects, production began on December 1, 2019 with the Liza Destiny floating production, storage and offloading (FPSO) vessel at the Liza Phase One site. Production is scheduled to begin at the Liza Phase One operation in early 2022, with the Liza Unity having arrived in the block recently. The Prosperity FPSO is currently being outfitted in Singapore for the Payara project, scheduled for first oil in 2024.

ExxonMobil is the operator of the Stabroek block. Its partners in the consortium are Hess Corporation and CNOOC Limited. [Extracted from DPI]