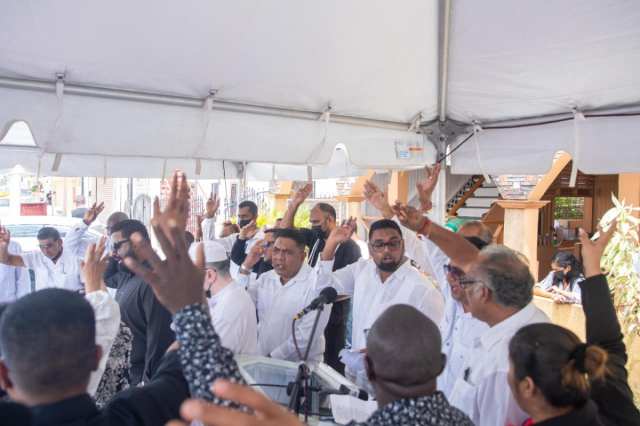 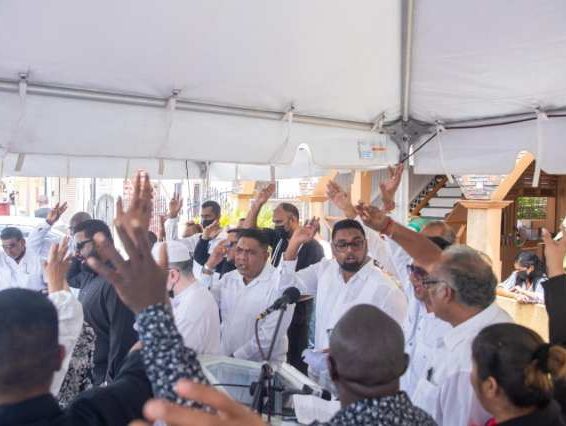 Government-nominated Commissioner at the Guyana Elections Commission (GECOM) and former Minister Bibi Safora Shadick, who passed away on Saturday, was laid to rest today.

At the funeral service this morning, President Dr Irfaan Ali described Shadick as a great soul, who was resolute in her commitment to the development of Guyana.

The Head of State joined members of his Cabinet, other officials including GECOM Chairperson Justice Ret’d Claudette Singh and Speaker of the National Assembly Manzoor Nadir, and family and friends at the funeral service and viewing for the former educator, lawyer and politician at her East Street, Georgetown residence.

According to President Ali, the country and its people have lost an invaluable asset, who was “family, community and nationally oriented”.

Following the service at her Georgetown home, Shadick’s body was taken to the island of Leguan, Essequibo River, where she hails from, for the Janaaza (funeral prayer) and burial.

Shadick died at her East Street residence sometime around 15:00h on Saturday at the age of 76. She was reportedly battling prolonged heart issues.

President Ali and other officials at the funeral service

As a Commissioner at GECOM, Shadick, a PPP stalwart, had been outspoken and played an integral role prior to and after the historic March 2, 2020, General and Regional Election to ensure democracy prevails in Guyana. 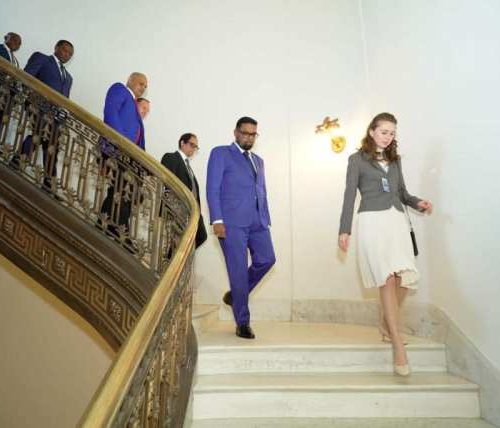 She had also served as Minister of Human Services under a previous PPP/C administration and was a former Chairperson of the Guyana National Broadcasting Authority, where she returned to sever as a Broad member subsequently. She also served as Pro-Chancellor of the University of Guyana (UG).

Scores of persons have since expressed their shock and condolences over Shadick’s sudden passing.