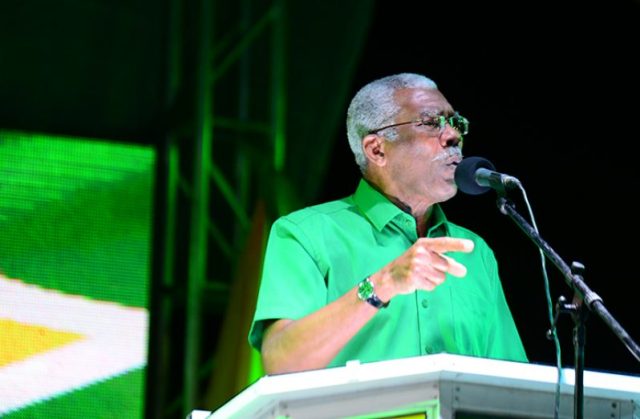 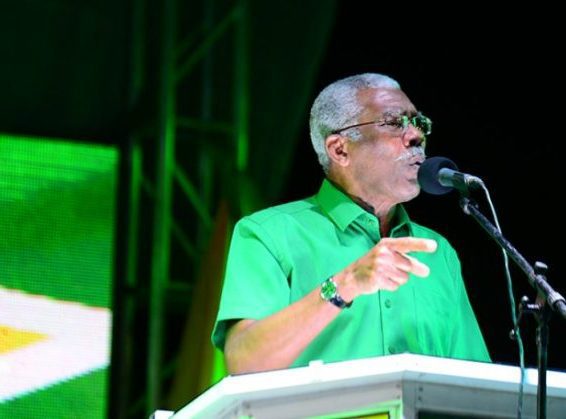 With the date for the holding of the People’s National Congress Reform (PNCR) long-awaited Biennial Congress steadily approaching, it appears that the party’s incumbent leader, former President David Granger, is not too eager to face challenges to his leadership anytime soon.

Reports indicate that Granger has penned a letter to the Central Executive Committee (CEC) of the party, to warn them against holding the congress this year in light of the COVID-19 pandemic.

It would not be the first time that Granger has cited COVID-19 to justify delaying the Congress. But according to reports, the former President went even further in his letter to identify several of his potential challengers for leadership, who he said should not play any role in the logistical arrangements for the Congress.

Additionally, former Minister within the Natural Resources Ministry Simona Broomes has indicated in sections of the media that she will contest for leadership if nominated. Efforts to contact Granger about the letter proved futile.

It was only recently, at the party’s 64th anniversary ceremony at Congress Place, that Lawrence made a poignant call for an end to the political confrontation she noted was a liability to the party.
“…it is clear that political confrontation will lead us nowhere. Our actions must be set towards unification. We want to proceed in a way that will enable everyone to benefit. At least this should be our goal,” Lawrence had said.

Lawrence, who formerly served as Social Protection Minister, also spoke of the need for the PNCR to expand its reach as a political party. Additionally, she noted that the party needs to improve on its organisation in order to better serve the country.

At that same ceremony, party leader, former President David Granger, who is taking a leave from politics, had taken what appeared to be a jab at his rivals for the leadership position and spoken against factions within the party during a pre-recorded message.

“Our founder Forbes Burnham, at the party’s first biennial delegates conference in 1975, warned of the menace of factionalism. I quote: ‘To be sponsoring and joining factions in the party is to indulge in anti-party activity, calculated to weaken the party. There may be different motivations, some springing from personal ambitions, others from minority positions primarily held. Whichever it may be, the result is undesirable and deleterious’,” Granger had said.

Amid internal party struggles, there has been mounting pressure for the party to host its Biennial Congress for new leadership to be elected. But the PNCR Leader has previously cited COVID-19 as the reason behind the delays.

PNC’s last Biennial Congress was in 2018, when Granger was returned unopposed as leader of the party. The PNCR Central Executive Committee had agreed earlier in the year that the party’s 22nd Biennial Congress should be held by the end of November 2021, but not later than December 13, 2021. This publication subsequently reported that December 11 has been set for the holding of the Congress and November 11 for the nomination of the candidates

Unlike in 2018, when he was returned as leader uncontested, Granger now faces several challengers for the post of leader. Interestingly enough, sources indicate that Granger has been involved in the logistical preparations of previous Congresses.