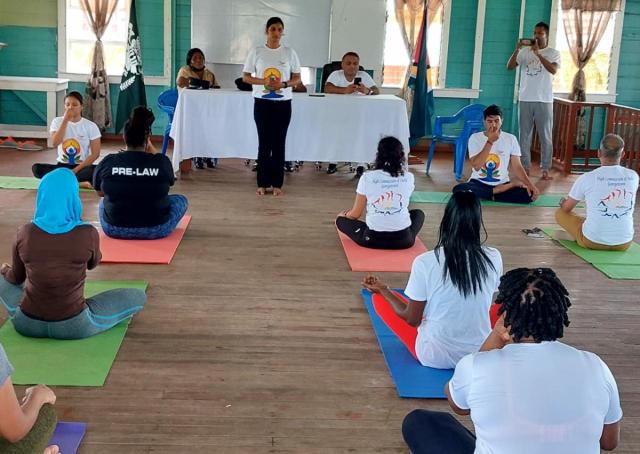 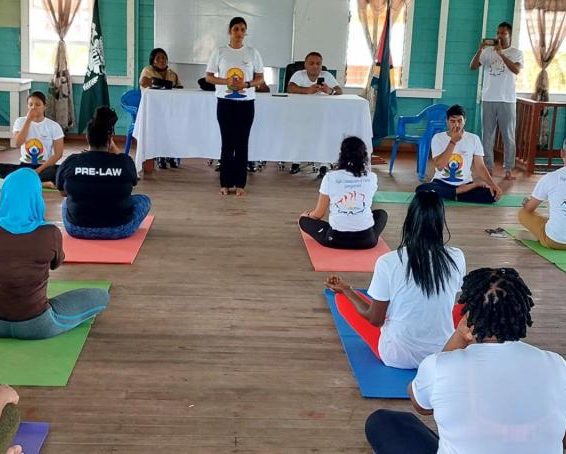 A team led by Indian High Commissioner to Guyana Dr KJ Srinivasa today facilitated a Yoga Programme at the New Amsterdam Prison which saw the participation of several female inmates and officers.

The session was conducted by founder of the Namaste Yoga Studio and yoga teacher, Agnela Patil, who skillfully led the participants through a series of postures and relaxation techniques.

The Indian High Commissioner during the exercise stated that given the benefits to one’s mental and physical well-being, efforts are being made to make yoga popular among the Prison population.

“Yoga is the art and science of well-being, which is a traditional practice from India. Over the years efforts have been made to share yoga with people globally since it is good for not only your mental well-being but also physical well-being. It helps also in your spiritual upliftment,” he said.

Acting Director of Prisons, Nicklon Elliot related that in a society where we acknowledge the importance of human rights, the Prison Service has a duty to rehabilitate the people incarcerated, and expose inmates to a variety of programs to effect positive change in their life.

“The use of yoga in Prisons is a promising tactic to help reduce recidivism rates and improve relationships within a prison environment.

By helping prisoners to better deal with their restricted surroundings, heal from past traumas, recover from addiction, and increase their emotional intelligence, yoga can be a component in creating better outcomes both for the prisoners personally and for society as a whole,” Mr. Elliot stated. 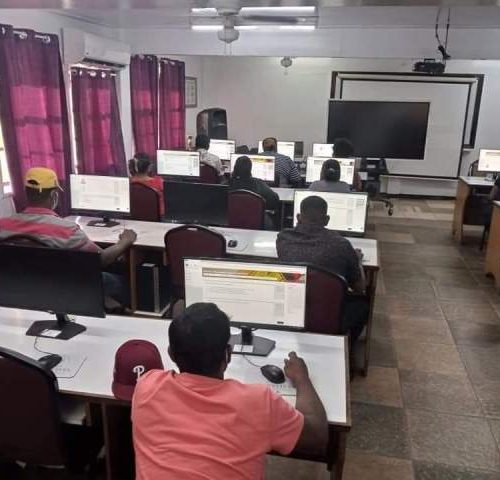 The Officer in Charge of Prisoners’ Welfare and Corrections Marielle Bristol Grant participated in the exercise and encouraged the inmates to take advantage of the opportunities afforded to them. She reiterated that she is committed to ensuring that there is a program to interest all of the inmates while working to meet and exceed yeh 1400 inmate target for 2022.

Elliot expressed gratitude to the visiting team, adding that the GPS is looking forward to continued goodwill, friendship and cooperation.