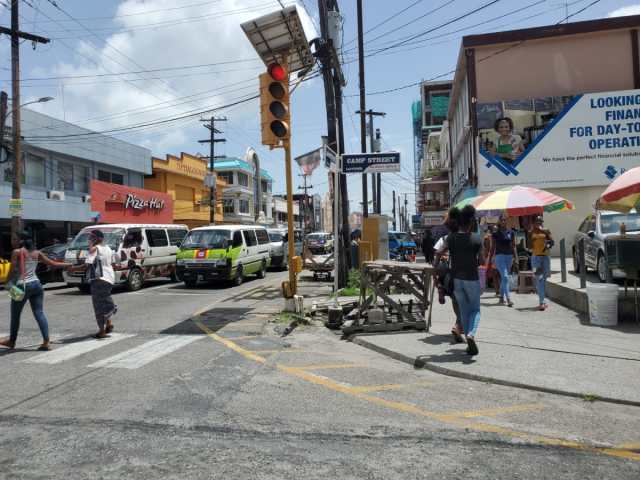 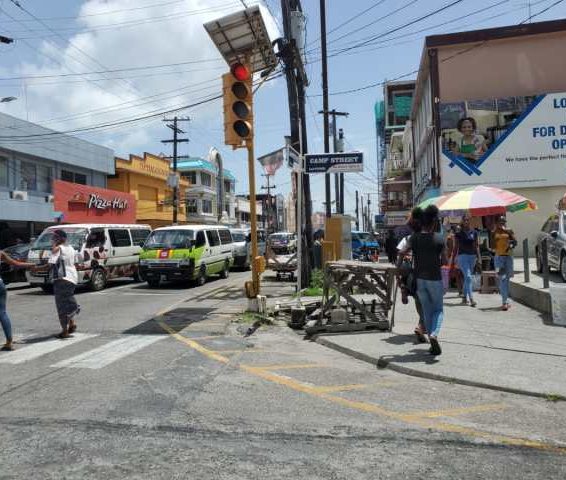 GPF assures “no resources will be spared” in Christmas Policing Plan

2 weeks ago·2 min read
ShareTweetPinShare
Home
Local News
GPF assures “no resources will be spared” in Christmas Policing Plan
The content originally appeared on: INews Guyana
A section of the busiest shopping district in the country: Regent Street, Georgetown

The Guyana Police Force (GPF) today unveiled its Christmas Policing Plan 2021 where it promised 24-hour mobile patrols, a deployment of more ranks in commercial districts, and better traffic management across the country – noting that no resources will be spared in keeping the population safe this holiday season.

Presenting an overview of the Christmas Policing Plan during a press conference today was Crime Chief Wendell Blanhum who noted that no officers will be sent on vacation leave during this period to ensure adequate human resources are available to execute the various strategies.

“We will continue to use the real-time (feed) from the Command Centre during the Christmas period. We’ll expand our operational and our investigative capacities to all the regions and…we will continue to have a continuous presence at the chokepoints, checkpoints and border locations, we will increase visibility at the Cheddi Jagan [International] Airport and the Ogle [Eugene F. Correia] Airport because of the high number of travellers who will be coming to spend time for Christmas in Guyana,” he explained.

“We will have night patrols and day patrols, we will ensure that we have those at strategic locations and I am speaking about the commercial banks, busy shopping areas and nightspots,” he added.

Noting that there will be an increase in both pedestrian and vehicular traffic this season, Traffic Chief Ramesh Ashram said different plans have been devised to ease the flow of traffic during the holidays.

“The Traffic Department anticipates an increase in pedestrian and vehicular traffic during the upcoming Christmas season. It is common that activities within the commercial district of each respective region will increase,” the Traffic Chief noted.

The methods that will be active during this period will include 24 hours mobile patrol, which consist motorcycles, cars and crash trucks, as well as 12-hour foot patrol.

Both patrols will be conducted during day and night, consisting of regular exercises to clamp down on speeding, driving under the influence, overloaded minibus/hire cars, and vehicles causing obstructions on the roadways.

Container trucks that traverse within Georgetown are asked to operate between 22:00hrs to 05:00hrs daily. Businessowners are also advised to offload containers at the terminals then transport the goods using lorries (canter) to their business entities.

The GPF noted that these are intended to minimize accidents and traffic congestions, to ensure a free flow of traffic and to ensure that citizens obey all traffic laws through diligent enforcement countrywide.

Meanwhile, the Commander of Regional Division 4A (Georgetown) Simon McBean unveil the Christmas policing plans for his division, noting that it will be divided into 15 sectors.

He noted that while the police officers will do all they can to keep the city safe, citizens must also play their part in being alert.

“We’re asking the public to be alert and be aware of your surroundings when shopping in Georgetown, carry only what you need…cellphones are one of the most prevalent things that are taken in our street crimes, conceal your valuables such as cellphones. Shop if you can in groups, that will help the situation, plan your trip ahead, avoid wearing expensive jewellery and clothing that may draw attention to you, consider alternative payments if you can such as credit and debit cards,” the Commander explained.