The Georgetown Public Hospital has once again come in for criticism after a family is now accusing nurses at the facility of causing the death of a 45-year-old teacher due to alleged negligence.

In a Facebook post on Saturday, the woman’s cousin L Valantina Ramotar said the teacher went to the city hospital on Wednesday for gallstone surgery, but ended up dead.

When contacted by this newspaper, the relatives of the now dead teacher consented for the social media post be used as a newspaper story on their plight and grief.

“The surgery was performed, and she came out well-conscious and said to me that she was in pain (understandably so). Later that night apparently, she was vomiting severely. The nurses never contacted the doctor,” the cousin alleged.

According to the cousin, the doctor informed them that it wasn’t until she did her medical ward rounds in the morning that she was informed that the woman was vomiting, and she prescribed medication.

“The doctor said that when she tested her pressure it was normal. During the morning visiting hours my aunt witnessed her pressure being taken and it was low,” the woman penned.

On Thursday, Ramotar noted that Sawh’s condition began to deteriorate further.“She was feeling weak, and nauseous, had a cold sweat, and continued to have low pressure. When she died, the doctor said that she went back to check the charts/records and it was never recorded that her pressure was low,” the cousin related.

“The same morning, the same doctor that saw her noted that there was urine in the catheter bag. But before mid-day, she wasn’t passing anything and again this was not recorded. So, when at 4 PM she collapsed and started to go into a seizure it was too late.”

“Her pressure was low, and that was not dealt with immediately it was too late, more than 4 hours after the doctor realised that she wasn’t passing any urine her kidneys were failing, and again the doctor mentioned that there was no record of when she stopped passing urine,” she said.

The woman is alleging that it was until her cousin collapsed that she was given better attention from the nurses in the ward.

“When she collapsed is when she finally started to get medical care but it was too late. It was too late not because the doctors did not try but because the nurses, the nurses neglected my cousin. She was even worried about upsetting them she told her dad not to tell them anything not to make them angry!”.

The woman contended that more needs to be done at the institution, to avoid innocent lives being lost.

“The GOG is pouring billions and billions into health care – new facilities, new equipment, new specialisations for doctors yet someone who had no kidney issues go in to do gallstone operations and dies of renal failure.” 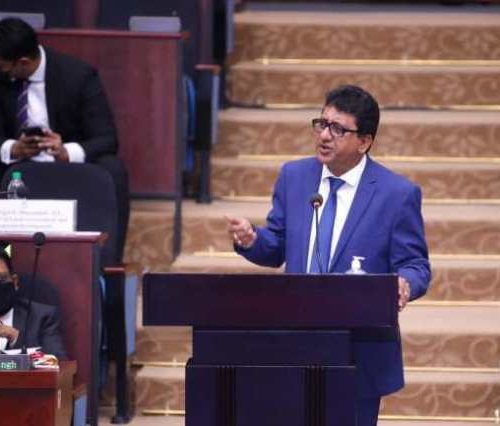 “None of the investment will help if we have nurses who are neglecting patient care, and if we have systems that are not being updated to respond to these failures. If people are not held accountable for this death caused by NEGLIGENCE,” the grieving woman said as she lashed out at the GPHC nurses.

“She did not have to die – with the investments that are being made, by our government… this was an unnecessary death of a woman who was a proud educator…, but she died because those who are responsible for continuously monitoring patients and escalating issues never did their job,” the grieving woman expressed.

Sawh is to be cremated on Saturday, the same day she would have graduated from the Cyril Potter College of Education.

Meanwhile, calls to officials of the GPHC over the weekend went unanswered.

Following the woman’s death, scores of persons including the Guyana Teachers Union took to social media to express their condolences to her family, and the students and staff of the Mon Repos Nursery School.

Just two weeks ago, the GPHC recorded three maternal deaths, and in all of the cases, families accused the hospital of contributing to the deaths of the young mothers and their babies. An investigation has since been launched into those deaths.