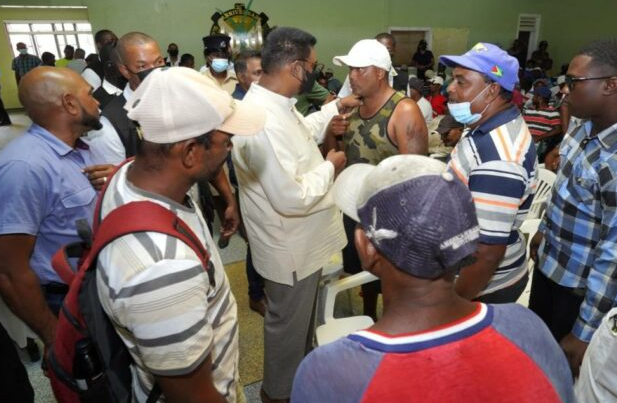 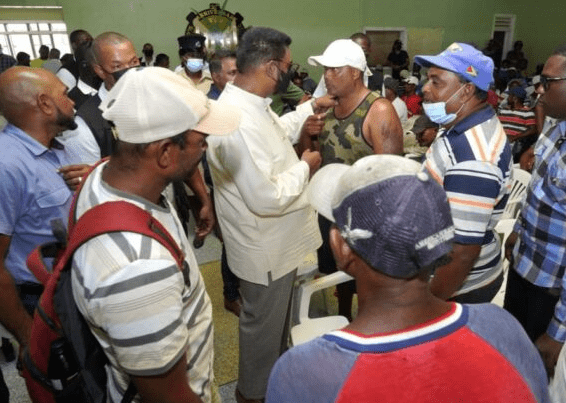 President Dr Irfaan Ali has reassured workers of the Guyana Sugar Corporation (GuySuCo) that the Government will ensure they stay employed.

He was able to organise temporary employment for out-of-work cane harvesters of the Uitvlugt Estate.

The estate’s grinding operations have been affected for a number of weeks, resulting in the setback.

During a recent meeting held with hundreds of workers at the Uitvlugt Community Centre on the West Coast of Demerara, the President announced that the estate would find alternative work for six days per week on a short-term basis for the sugar workers.

“Having listened to management, I am convinced that there’s enough work for planting, weeding, chemical spraying, cleaning of the side-line to get you at least six days per week now, and I’ve instructed that this be implemented immediately.”

The President said that the Government wants to see the sugar workers, like all other Guyanese, succeed.

He said that while the estate is trying its utmost best to resume grinding on a normal level, it continues to be plagued by issues with its gear. To remedy this, the Government has already procured another piece of equipment that will be delivered in July.

While the Government waits, he said, they are working on finding a factory in Miami that has similar facilities. 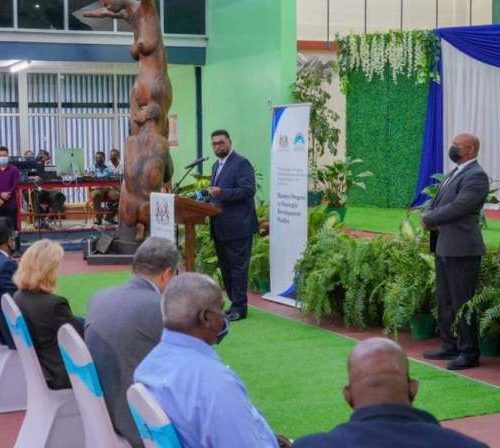 At the meeting, the President spoke of overall support for the workers. He said that plans are being formulated to register the workers to be part of a livelihood improvement programme to supplement their estate jobs. One of the options is the establishment of chicken facilities where workers will be able to take part in poultry farming with approximately 150-200 birds.

“We are going to try to get the resources so that you don’t stay without work, you get the six days per week, and at the same time, we are going to work with you to support you with the livelihood option.”

President Ali added that he will consult with the Senior Minister within the Office of the President with responsibility for Finance, Dr Ashni Singh, to see what further help can be provided.

Minister within the Ministry of Public WorksDeodat Indar was also at the meeting.