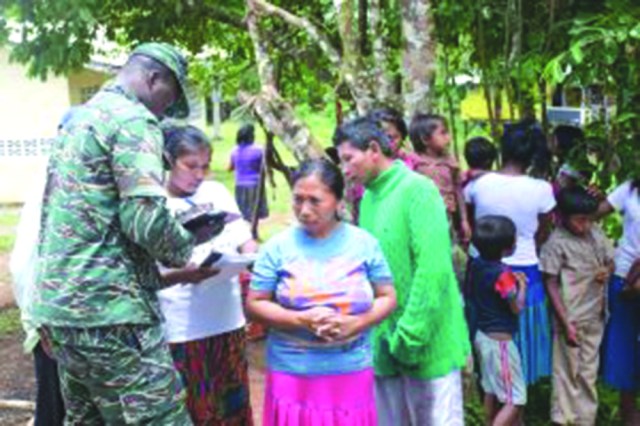 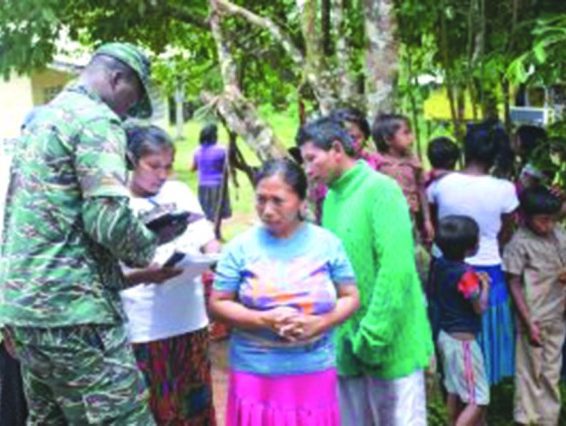 Following reports of Amerindian migrants including children, who have entered Guyana from neighbouring Venezuela, being sick and are staving in Region One (Barima-Waini), the Government of Guyana has made emergency interventions to bring relief to those in need.

In a statement today, government said emergency medical and food items have been made available to the migrants, while additional supplies and care personnel have been dispatched to the region.

See below for the full statement from government:

The Government of Guyana is aware of the Amerindian migrants at Anabisi, Port
Kaituma, North West District, and has been attending to the situation. It is suspected
that dozens of Amerindians including children may have entered Guyanese territory
from a neighbouring village in Venezuela in poor health and without food.

Several Government agencies with a presence in the region have already responded with
emergency interventions, providing immediate medical and food relief.

As an additional measure, a ministerial team of central responders departed the city
today for Port Kaituma with additional supplies. The team will coordinate with other
stakeholders that have been involved in collaborative work to ensure a holistic
intervention.

The aircraft will remain on the ground to assist with medical evacuations which may
become necessary.

The Government of Guyana remains mindful of its humanitarian obligations to
migrants and has been actively engaged in sustained efforts to deliver food and medical
relief across the regions where migration into Guyana is taking place.

Further, the Government remains committed to the humane management of the
migrant situation stemming from the economic and social instability in neighboring
Venezuela, with the active support of local stakeholders and our international partners.