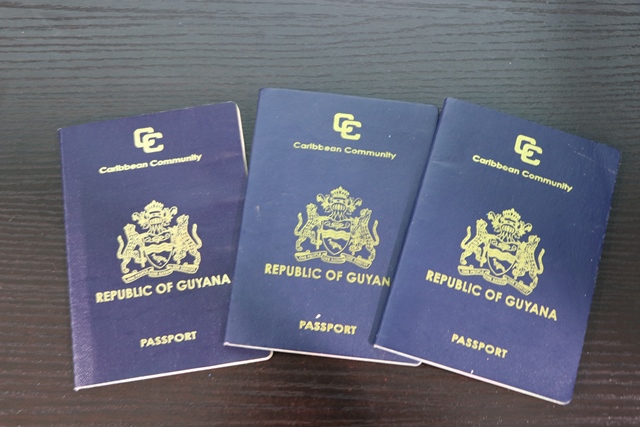 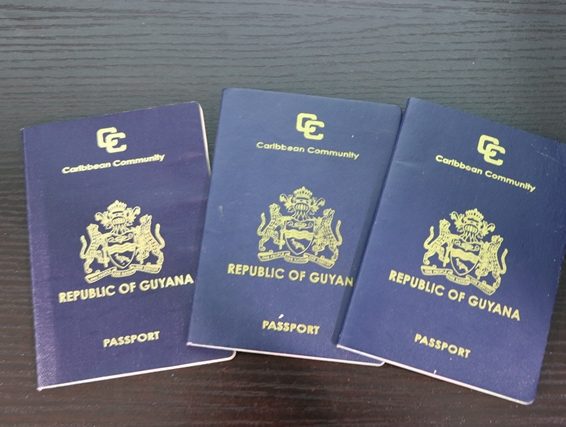 President Dr Irfaan Ali on Sunday addressed the issue of delays in the issuance of Guyanese Passports, revealing that Government ordered some 80,000 copies over a year ago but is facing the impacts of the global supply chain crisis.

He was at the time addressing the Guyanese Diaspora during an Interfaith Forum in New York, where he will be attending the United Nations General Assembly and other activities this week.

The Head of State pointed out that the impact of the COVID-19 pandemic is profound as he outlined the challenges in the global supply chain that it has posed. This crisis, he noted, has impacted every sector.

On such area President Ali said that has not been spared is passport services, especially renewals – something which the Guyanese Diaspora has been complaining bitterly about the delays.

He explained that the materials to print the Guyanese Passport booklet is provided by a leading international company out in Canada. But because of supply chain issues, there are tremendous shortages and delays of the materials needed to produce these documents.“And whilst there is this shortage – I don’t know why – but the demand for Guyanese Passport has increased by 500 per cent. So unfortunately, we are being hit with the perfect storm. We are getting hit by a supply chain crisis and a rapid increase in demand for the passport,” he stated.

The President went on to say that, “And every day, the Consulate Office here would call the Ministry of Foreign Affairs and say people cussing [them]… But this is the reality. Since a year and a half ago, we ordered, I think, 80,000 passports. We’ve been continuously ordering.”

Back in June, the Central Immigration and Passport Office in Georgetown had informed in the public that its operations have been affected by a delay in the shipment of materials used to print passports.

In a statement from the Guyana Police Force, it was noted that the COVID-19 pandemic and other recent world events have caused the disruption of countless supply chains, and the Central Immigration and Passport Office has been affected by this disruption in the supply chain of materials.

Nevertheless, it was indicated that this delay would have been resolved with one of the delayed shipments that was slated to arrive late August. The expectation is that normalcy will prevail thereafter.

But while the Passport Office continues to provide passport and other immigration document services, efforts are being undertaken to do so within the normal timeframe of five working days.

However, services such as passport renewal, which pre-pandemic took about one week, now takes at least three weeks to almost three months.

In fact, persons who went to renew their passports mid-August were given dates to return until late October.

Last year, coming out of the COVID-19 pandemic lockdown, there was a surge in persons visiting the Central Office for passport services, where over 200 persons were being attended to daily. During that period, hundreds of persons were seen queuing outside the facility.

Presently, there are passport offices at Linden in Region 10 (Upper Demerara-Berbice) and at New Amsterdam in Region Six (East Berbice-Corentyne). Lethem, only last month, received a Passport Office, while townships such as Mabaruma, Anna Regina, Bartica and Mahdia are among the list of potential regional passport offices announced by Government in a bid to decentralise these services.

Meanwhile, according to President Ali during his address to the Guyanese Diaspora in New York on Sunday, his Administration is working assiduously to fix the various systems within the country to offer better services to the public. In fact, he recognised the need to fix the institutional systems in Guyana.

“There is a lot of improvement that is needed in the system itself. The inefficiency that exists in the system must be fixed but we are working on a plan that will fix it in a very, very rapid way. We’re trying to remove the type of system that allows people to make decisions based on feeling, you know. The system must be developed in such a way that it works, and technology allows us to do that,” he stated.

To this end, the Head of State pointed out that his Government is investing heavily in technology, in training and human resource strengthening and capacity building in order to fix the system.

“And I can tell you, the system is improving,” Ali asserted.

According to the President, his Administration is working to build a country that can be a functional economy for 2030 and beyond. He noted that unless Guyana is able to build to function in the future – not only in terms of its services but its human resource capacity as well, then it will just be playing catching up.

“Guyana and the future of Guyana is not about oil and gas. I want to make this very clear… Our future will be built with revenues [from the] oil and gas sector. We always had the natural assets to make a strong economy, what we never had was the revenue base to catalyse that asset. Today, for the first time, we have the revenue base that can catalyse that asset, that natural resource and bring the value-added, and improve our economy in a multifaceted and diversified manner,” he contended.