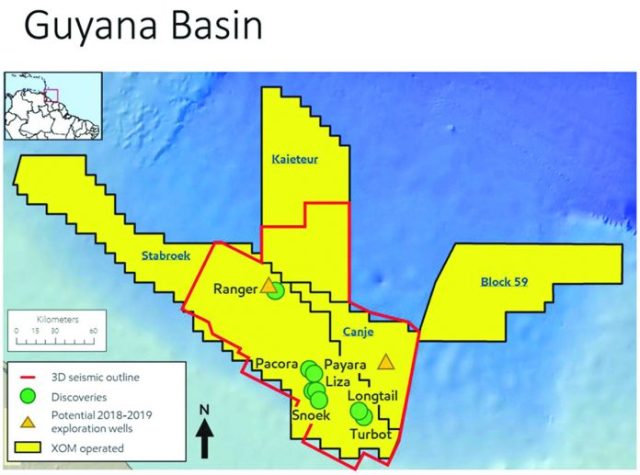 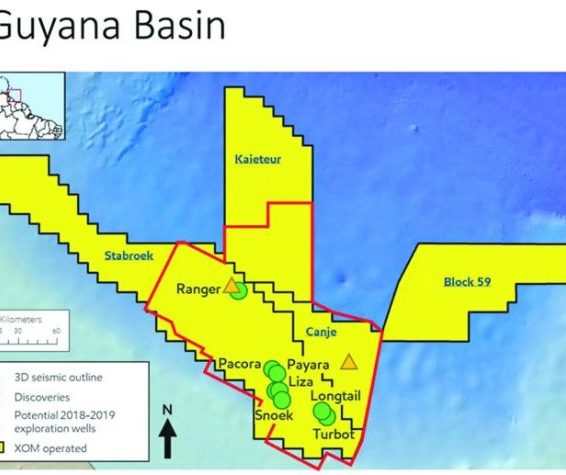 The Guyana Government has now shifted the auctioning of the remaining oil blocks offshore to yearend, in order to facilitate the determination and completion of the fiscal terms that would be outlined in the new prospecting licence model for those ventures.

This is according to Vice President Dr Bharrat Jagdeo during a press conference on Friday.

Initially, Government was expected to hold the highly-anticipated auction in September of this year, but VP Jagdeo explained that that process has been delayed due to ongoing efforts to iron out the terms and conditions of the new prospecting licences that would be signed with successful bidders when the available blocks go on auction.

“This is where we may have some delay because we now need to determine the fiscal terms for the new prospecting licence. This brings me to that very, very contentious issue that we’ve had in the public domain: which is, the fairness of the contract and what the future take for Guyana will be; because the prospecting licences that will have to be issued to the successful bidders will have to outline those terms, and so it will say whether we will retain the 50/50 model; that is, after preparing costs, the profit oil will be divided equally between the investor and the Government; what the royalty rate will be, [and] what will be the other fiscal terms in the contract,” he stated.

According to the Vice President, these details, though contentious, need to be determined very early, and so Government is swiftly working on a number of pieces.

“[We are] trying to put all of this together in a framework that is fair to the investor so that they get a decent return on their capital. And that would promote accelerated exploration, and then thirdly, importantly, would allow the country to enjoy a greater share of future benefits, should we then proceed with production agreements. So, this is a major issue that could slow down the auction a bit…the fiscal terms of the petroleum prospecting licence that would have to be issued to a successful bidder. That is the one that may be a bit more contentious, and that we’re working through at this stage,” Jagdeo posited.

Despite that delay, however, Government is working swiftly to ascertain other aspects of the process before moving ahead with the auction.

As it is, all of the areas potentially that will be put out for auction have been identified. However, while there is 3D Seismic for some of these areas and 2D Seismic for others, there is no data for some areas.

Nevertheless, VP Jagdeo disclosed that Government is now in the process of making a number of determinations before August ends, in order to ensure it is in a state of readiness for the auction to occur later this year. This includes deciding whether to pursue a strategic Government /private partnership option, or put out all the blocks to be auctioned, or do a combination of both.

Moreover, Government would also have to determine, by the end of this month, how to divide the available areas offshore Guyana into potential blocks, and what sizes the blocks should be.

The Vice President revealed that Government is seeking international technical advice in this regard.

Another issue that has to be ironed out before the end of August is deciding on whether to allow existing companies in Guyana, particularly United States oil giant ExxonMobil, to participate in the auction; and if so, whether there would be a limit to the number of blocks one person/company could have.

“So, these are all the variables [that we are looking at]. So, the timeline could be adjusted on the basis of how swiftly we can resolve this multiple of issues, and that is what is currently ongoing within the Government, the technical work that’s been done. We’re getting some external help to do all of this preparation, so when we go to auction we can maximise the benefit to the country,” the Vice President outlined. 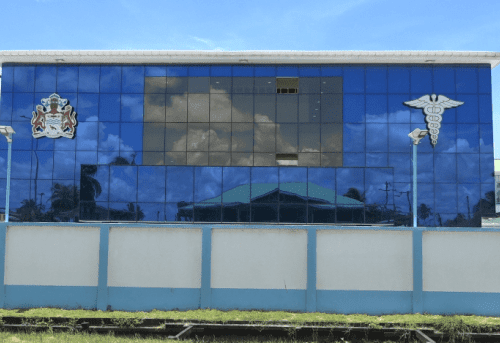 Meanwhile, he highlighted that works are also ongoing behind the scene to determine whether the 1986 Petroleum Act allows for an auction to be held, as opposed to the ‘first come, first served’ model that has been used in the local extractive industry.

“So we have to ensure that our legislative regime supports this competitive process for securing future blocks,” Jagdeo stated.

Earlier this year, Vice President Jagdeo had disclosed that Guyana had been the recipient of significant interest, particularly from Middle Eastern companies, to partner with the State in developing its remaining blocks.

Guyana has long been expected to go out and auction oil blocks, both untapped and relinquished. Considering the more-than-30 oil finds that have been made by oil giant ExxonMobil in the Stabroek Block, the country is likely to be in a good position to leverage the value of those blocks when the context of the global oil and gas industry is considered.

The relinquishment clause is typically included in contracts, so companies can relinquish a portion of the block when the renewable period is up, allowing other companies to buy into the respective blocks.

For the Stabroek and Canje Blocks, operators are required to relinquish 20 per cent of their blocks after the first renewal period; while those of the Demerara and Corentyne Blocks are expected to relinquish 15 per cent within this period.