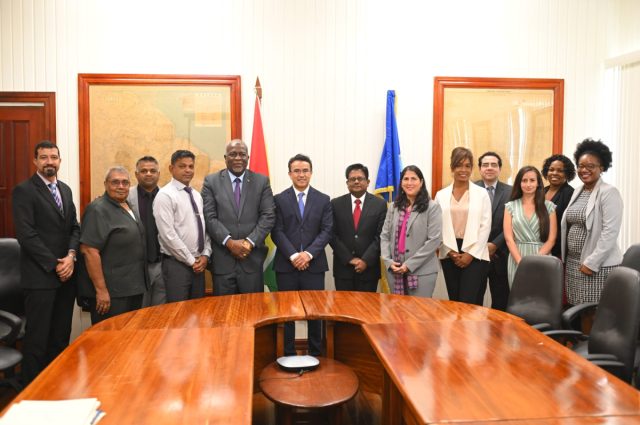 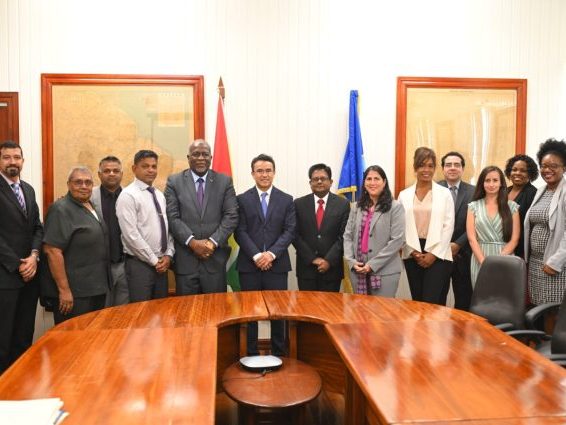 Senior Minister in the Office of the President with Responsibility for Finance, Dr. Ashni Singh today, on behalf of Government signed a US$83.3 Million Agreement with the Inter-American Development Bank (IDB) under the Guyana Utility Scale Solar Photovoltaic Programme (GUYSOL) which paves the way for investments in eight utility scale photovoltaic solar projects totalling 33 MWp to bring affordable and clean energy to targeted communities in Guyana. Signing the Agreement on behalf of the IDB was its Resident Representative (ag) Lorena Solorzano-Salazar.

The US$83.3 Million being used for this programme is part of the US$220.8 million earned by Guyana for forest climate services through its partnership with Norway during the previous People’s Progressive Party/ Civic’s (PPP/C’s) term in office. At that time, then President Dr. Bharrat Jagdeo visualized, spearheaded and implemented Guyana’s first Low Carbon Development Strategy (LCDS). The earning from Norway has since been invested in several key adaptation and socio-economic projects identified as part of the LCDS and which have benefited Guyanese all across the country. Some of the projects include the Micro and Small Enterprise Development project; Amerindian Land Titling, The Amerindian Development Fund, the Cunha Canal Adaptation, Sustainable Land Development, Monitoring, Reporting and Verification; and ICT Access and e-Services for Hinterland, Poor and Remote Communities.

Prime Minister Mark Phillips pointed out that the programme, once implemented will benefit thousands of persons in the country including women in rural areas. He also reminded that it will assist GPL in decreasing fossil fuel use and moving to a greater use of renewable energy.

“So it is a transformative project for Guyana. We are thankful that the IDB has been working side by side with Guyana to utilize this money that was lying in an account for over six years and we are thankful for them bringing us to the stage at which we are,” the Prime Minister added.

Prior to signing the Agreement, the Finance Minister reflected on the history of the LCDS through which the finance for the project was secured.

“This allocation of over eighty million US dollars has its roots in the original Low Carbon Development Strategy and the Guyana REDD Plus investment Fund which was established under the original LCDS, and at the time these resources were set aside to invest in renewable energy with the IDB as the implementing partner entity. This amount was in fact intended originally as Government’s contribution to the Amaila Falls Hydro Power Project. We had at that time a major investor, the Blackstone Group who was willing to do the Amaila Falls Hydro Power Project, but political events intervened as a result of which that project was stalled and ultimately derailed and for more than five years, these resources ended up being parked in the IDB,” Dr. Singh explained.

In her brief remarks prior to signing the IDB’s Resident Representative (ag) Lorena Solorzano-Salazar said, “This operation is framed within the partnership that Guyana had with Norway and will especially take the country to 19 percent renewables of the grid within about three years so this is an important milestone. This is in line with a kind of transformative change that is fully aligned with the IDB Vision 2025 and positive impacts of renewables ….and augers well for Guyana.” 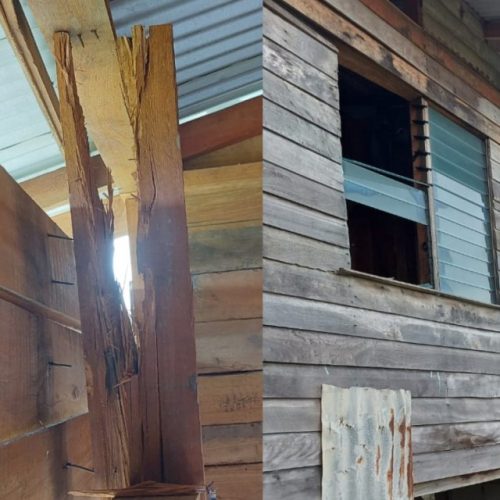 The objective of the programme is to support the diversification of Guyana’s energy matrix towardsthe use of cleaner and renewable energy sources in the electricity generation matrix. The programme seeks especially to (i) avoid CO 2 emissions with the development of solar PV generation plants and (ii) lower the cost of electricity generation while supporting the country’s transition towards renewable energy-based generation; and (iii) improve the operation and reliability of the isolated systems of Essequibo and Linden. As part of the programme, investments will be made in solar photovoltaic plants as follows:

Each facility will be connected to the 13.8 kV primary distribution network in the respective areas. The programme will provide 27,000 households with affordable, clean energy and is expected to benefit over 70, 000 households.