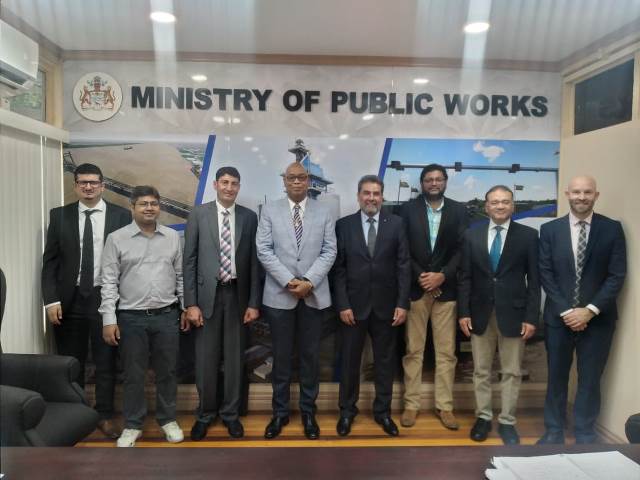 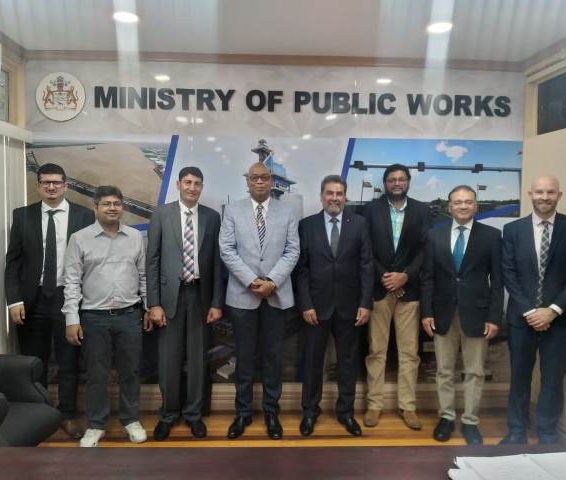 The Guyana Government is advancing its infrastructure development agenda, and is having discussions with officials from the Islamic Development Bank (IsDB) on the Linden-Soesdyke Highway Project.

The IsDB team was introduced to their local technical counterparts from the Public Works Ministry.

During the meeting, Edghill reiterated the importance of the Linden-Soesdyke Highway Project, and assured the visiting team there is already an accountability system in place to ensure this project is executed efficiently.

“This project will ensure the benefits of all communities and regions,” the Public Works Minister related.

The Linden Soesdyke Highway is the main road link that connects Guyana’s coastland to the mining town of Linden and the country’s interior regions. Government is looking to obtain a US$120 million loan from the bank to execute this project.

Earlier this month, Senior Minister with Responsibility for Finance, Dr Ashni Singh, attended the IsDB Annual Meetings 2022, which were held from June 1 to 4 under the theme: “Beyond Recovery: Resilience and Sustainability”, in Sharm El Sheikh, Egypt.

Dr Singh had stated that, “The Islamic Development Bank will continue to be a highly valued development partner. We are already at an advanced stage of developing new projects for our portfolio with the Bank, including one in transport infrastructure that is due to go to the executive board in September. Others, mostly in advancing the infrastructure upgrade and build-out agenda, will follow later.”

President Dr Irfaan Ali subsequently told Guyana Times that the project the Finance Minister spoke about was the Linden-Soesdyke Highway.

Meanwhile, speaking at an event last weekend, Minister Edghill disclosed that Government is looking to soon “come to a closure with financing” for the highway project. He noted that the design of the project features two roundabouts at both ends of the Linden-Soesdyke Highway – at the Soesdyke Junction and at the Millie’s Hideout Junction.

“We’re putting roundabouts at both (ends of the highway) for better traffic flow, and we’re expanding the highway so that you can have flowing lanes continuously, even when a vehicle is parked. So, it must be broader, and parked trucks with lumber that have caused so many accidents must be off the carriageway, and traffic must continue to flow. We have to expand the width, and some of the bridges will have to be expanded,” the Public Works Minister stated.

Previously, the Government had said it is hoping for the financing to be approved in June, so that it may start rehabilitation work along the 72-kilometre-long thoroughfare before the end of this year. These works include paving the highway from the Soesdyke Junction all the way into Linden.

In 2022, Government had allocated some $2.6 billion for the rehabilitation of the entire Soesdyke-Linden Highway. This is in addition to the $150 million spent last year to resurface sections of the highway.

The upgrade to the highway is part of the People’s Progressive Party/Civic Administration’s comprehensive highway development plan for Guyana.