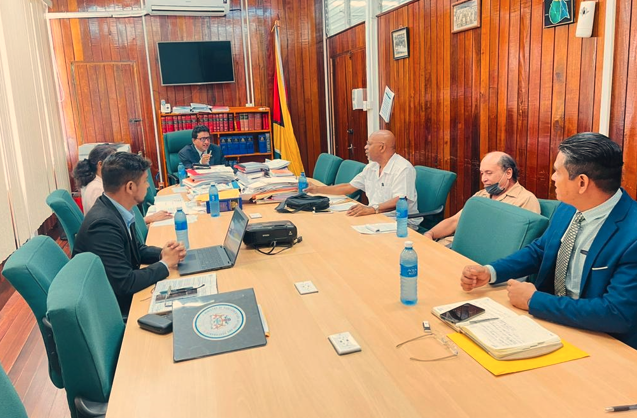 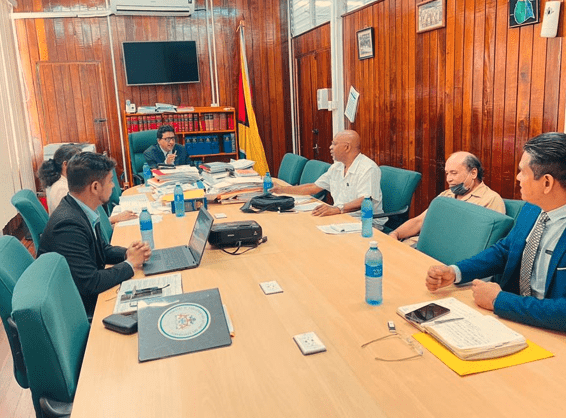 Attorney General and Minister of Legal Affairs Anil Nandlall, on behalf of the Guyana Government, on Monday, held the first installment of public consultations on the draft electoral laws.

This engagement dealt specifically with the draft amendments to the Representation of the People’s Act which were publicly circulated by the Ministry of Parliamentary Affairs and Governance, inviting a review, written recommendations and views on the proposed law.

Many stakeholder organisations, as well as individuals, made recommendations and expressed their opinions in writing on the proposals. They were all invited to yesterday’s engagement.

Representatives of the Private Sector Commission (PSC) and the Electoral Reform Group attended. These were among the organisations that had made submissions and recommendations pursuant to the invitation extended. At the meeting, those submissions were thoroughly interrogated and discussed.

The Attorney General used the opportunity to explain the nature and purport of the legislative proposals and also made it clear that it is outside the scope of this exercise to address issues which will require amendments to the Constitution. He advised that those recommendations be deferred and be presented when the constitutional reform process begins.

The stakeholder organisations expressed their support for the proposed reforms.

Early in November, Government published the draft electoral reforms with proposed changes to the Representation of the People Act (ROPA) for public consultation before the document is finalised and taken to the National Assembly.

An overhaul of the country’s electoral laws can see the Chief Elections Officer (CEO) at the Guyana Elections Commission (GECOM) facing as much as life imprisonment for committing fraud, while others can similarly face hefty fines and jail time for any related offence.

The draft updated electoral laws also outline a clear process for the request of a recount, including empowering the Chairman of GECOM to grant that request.

Under the proposed laws, the CEO must immediately post the District Tabulation Forms on the Commission’s website as soon as he receives them from the Returning Officers.

Other persons involved in the electoral process can face fines as high as $10 million, and can equally be jailed for life if they breach any provision as outlined in the proposed updated Act.

The immediate former CEO of GECOM, Keith Lowenfield; his Deputy Roxanne Myers, and the Returning Officer for Region Four at last year’s polls, Clairmont Mingo, are currently before the court on a raft of electoral fraud-related charges.

Other electoral officials as well as politicians are before the court for allegedly attempting to alter the results of last year’s elections. 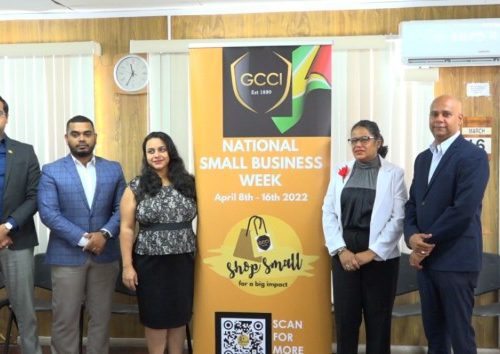 Director of Public Prosecutions (DPP), Shalimar Ali-Hack, SC, has hired a team of special prosecutors consisting of about six lawyers to prosecute the electoral fraud charges on behalf of the State.

The plethora of matters is currently before three Magistrates – the Chief Magistrate and Magistrates Sherdel Isaacs-Marcus and Leron Daly.

How he arrived at those figures is still unknown, since the certified results from the national recount exercise supervised by GECOM and a high-level team from the Caribbean Community (Caricom) showed that the PPP/C won with 233,336 votes while the coalition garnered 217,920.

The recount exercise also proved that Mingo heavily inflated the figures in Region Four in favour of the then caretaker APNU/AFC regime – which was defeated by a No-Confidence Motion in December 2018.

In August this year, GECOM had voted to terminate the employment contracts of Lowenfield, Myers, and Mingo.

The firing of the officials was met with much satisfaction by the Government, which viewed it as a step in the right direction to restoring public confidence in GECOM as it gears up to hold Local Government Elections (LGE).