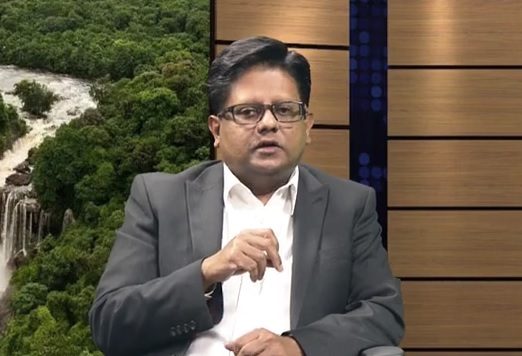 The People’s Progressive Party/Civic (PPP/C) administrative has announced a 7% salary increase for all public servants retroactive to January 2021.

This declaration was made by Senior Minister with Responsibility for Finance, Dr Ashni Singh, during a live broadcast moments ago.

Dr Singh also announced an additional $400M for frontline health workers, who have been battling the COVID-19 pandemic.

See below for Dr Singh’s full announcement on salary increase:

You would be aware that, since the People’s Progressive Party/Civic (PPP/C) Government assumed office on 2 August 2020, our Government – your Government – led by His Excellency President Mohamed Irfaan Ali, has been working assiduously to improve the lives and circumstances of all Guyanese people.

In addition to the immediate steps we took to improve the economic and social conditions and the quality of social services, restore the business climate so that job creation can resume, and restructure the budget to reorient public spending to the programmes that have the greatest positive impact, your Government has also implemented the following measures aimed at directly improving household disposable income:

A COVID-19 cash grant of $25,000 per household, resulting in over $7.5 billion distributed to families across all ten Regions.
Year-end bonuses totalling $1 billion paid in December 2020 to frontline workers in the health sector and the disciplined services.
A one-off payment of $25,000 made to all public sector employees in December 2020, placing $2 billion in the hands of almost 60,000 employees.
An increase in the monthly old-age pension from $20,500 to $25,000, providing a total benefit of $4 billion annually to our senior citizens.
An increase in public assistance from $9,000 to $12,000 monthly, providing an additional $500 million in annual income support to the beneficiaries of this programme.
Special measures announced in August 2021 to provide a one-off grant of $25,000 to all old age pensioners, public assistance recipients, and persons living with disabilities, benefiting some 90,000 persons to the tune of $2.2 billion, along with $200 million of electricity credits provided to the most vulnerable households.
Restoration of the Because We Care cash grants to the parents of school age children, increasing the amount provided for each child to $19,000 and extending the programme to children attending private schools. In total, this provided $3.6 billion of direct cash transfers to the parents of 192,000 school children.

Needless to say, all these measures accompanied the many other steps taken by our Government to remove the punitive taxes that had been imposed by the APNU/AFC on electricity, water, medical and educational supplies, basic household necessities, and basic construction materials.

You would also recall that His Excellency the President and the Vice-President have both confirmed on a number of occasions recently our Government’s commitment to grant an increase in the wages and salaries earned by Government employees during the 2021 fiscal year. This commitment was made in recognition of the hard work that Government employees continue to do every day in ensuring the delivery of government services to the People of Guyana throughout the length and breadth of our country.

In this regard, I now wish to make the following announcement on behalf of His Excellency the President and his Cabinet:

First, your Government has recognised the existence of a number of anomalies and disparities across positions within the public service salary scales, as a result of which there are marked inconsistencies across the pay received by persons holding similar qualifications but occupying different posts depending on the agency in which they work, the post to which they are appointed, and the salary scale in which their post is classified. For example, a new graduate with a degree in environmental science might be earning $120,000 in one agency while a new graduate with an identical degree in environmental science might be earning $190,000 in another agency. Government will be taking steps next year to reduce these inconsistencies, by making suitable adjustments to salaries in order to improve the parity and consistency with which persons with comparable qualifications are paid. Provision will be made for this in Budget 2022.
Second, your Government has set aside an amount of $400 million for a special 2021 payout to be made to frontline workers in the health sector who have continued to face extenuating circumstances in the daily discharge of their duties, as our country and the world continue to battle the ravages of the COVID-19 pandemic. The details of this payout will be announced shortly, and the payout will be made to eligible employees before the end of December 2021.
Third, I am pleased to announce now that your Government will be paying an across-the-board increase of seven (7) percent to public servants, teachers, members of the disciplined services, constitutional office holders, as well as government pensioners. This increase will be granted retroactively to 1 January 2021, and work will start immediately to ensure that it is processed and paid to eligible employees together with their December salary and in time for the festive Christmas season.

Instructions have already been issued for the work to commence immediately to implement these measures we have just announced.

At the same time, your Government is also currently hard at work on preparations for Budget 2022, which will continue the steps we have already started taking to place our One Guyana irreversibly on the path to national prosperity for the benefit of All Guyanese.

Thank you very much.