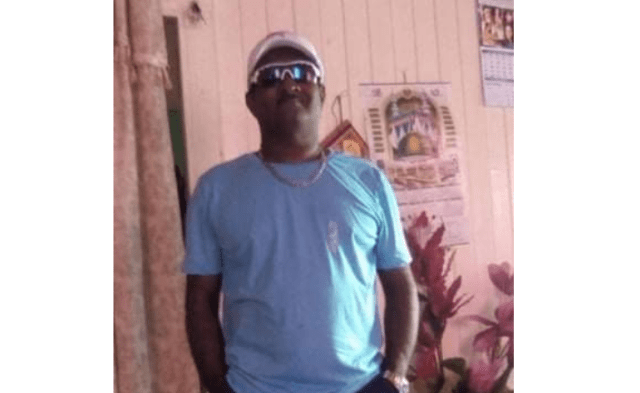 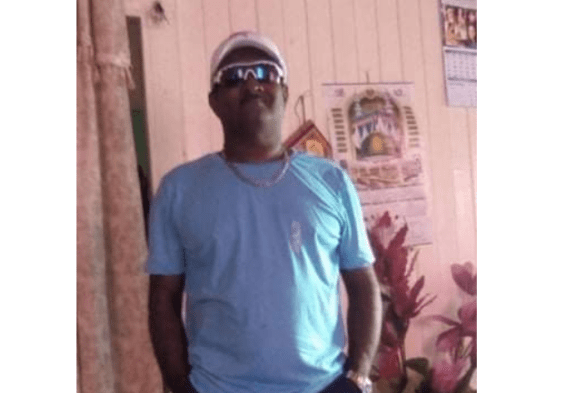 A 49-year-old man is now dead after he was hit off of his motorcycle by a motorcar on Friday afternoon.

The dead man has been identified as Isgar Esau of 58 Goed Fortuin, West Bank Demerara.

According to information received, Esau was riding his motorcycle heading south on the Schoonord Public Road and was crossing the intersection at the western end of the Demerara Harbour Bridge when he was hit by motorcar PZZ 6015.

The car was about to make a right turn at the intersection and reportedly failed to stop before turning.

The now dead man’s son Safraz Esau told this publication that his father was doing a painting job at Unity Street, La Grange and left around midday to go home for lunch.

The younger Esau said his father went home and had his lunch after which he fell asleep for a short time. He then woke up and left his home shortly after 14:00h to go back to his job.

Safraz said that he was finishing up his Friday prayers at the La Grange Masjid when he received a message that his father was in an accident and lying in the middle of the road.

He rushed to the scene where he saw his father, with blood oozing from his body and in an unconscious state.

He attempted to revive his father but failed. The contract was then rushed to the West Demerara Regional Hospital where he was pronounced dead.

The younger Esau said that the man who struck down his father is an ex-police officer and based on what they observed at the La Grange Police Station on Friday afternoon, the family believes the investigation will head nowhere.

Nevertheless, he said that senior Police Officers visited their home on Friday night where they promised a comprehensive investigation.

Isgar Esau’s body is currently at the mortuary awaiting a post mortem examination.

The driver is said to be in Police custody.