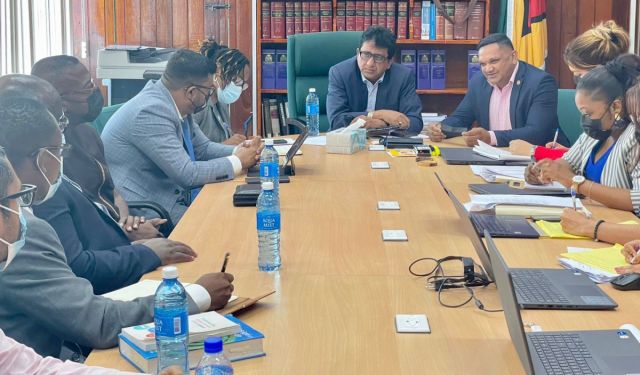 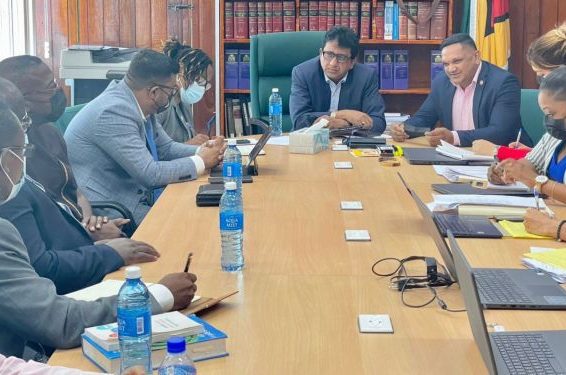 Minister of Natural Resources and the Environment, Mr. Vickram Bharrat and a technical team from his Ministry also attended the meeting.

The Attorney General welcomed the delegation to the Republic of Guyana and expressed his gratitude to the team on behalf of the Government and people of Guyana for offering their assistance, experience, guidance and expertise, in respect of the oil and gas sector generally and more specifically on the issue of local content.

The meeting evaluated Guyana’s draft Local Content Bill and compared it with the Ghanian legislation, as well as legislation in Nigeria, Uganda and Norway. The visiting delegation offered practical guidance as well as insightful recommendations. Various components of the Bill were discussed and critically examined with segments from the various legislations extracted and made part of the local Bill.

A local legal committee was established by the Attorney General comprising of lawyers and drafters from the Attorney General’s Chambers, persons from the Environmental Protection Agency and officials of the MNRE. This team will spearhead Guyana’s pursuit of legislative changes in the oil and gas sector. It was agreed that this team and the visiting delegation will continue to collaborate and work closely in helping to develop a modern and effective Local Content Bill and will continue to collaborate on other matters relating to the legislative infrastructure of the oil and gas industry.

Upon the request of the Attorney General, the Ghanian delegation promised to send academic writings as well as court rulings on their legislation which will be used to guide Guyana’s efforts.