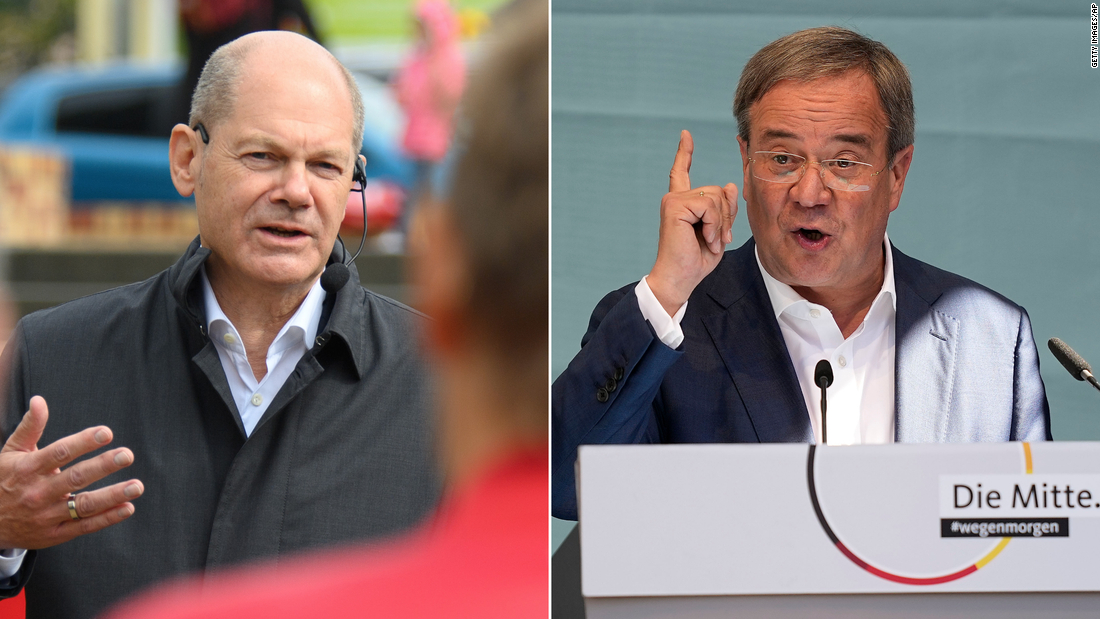 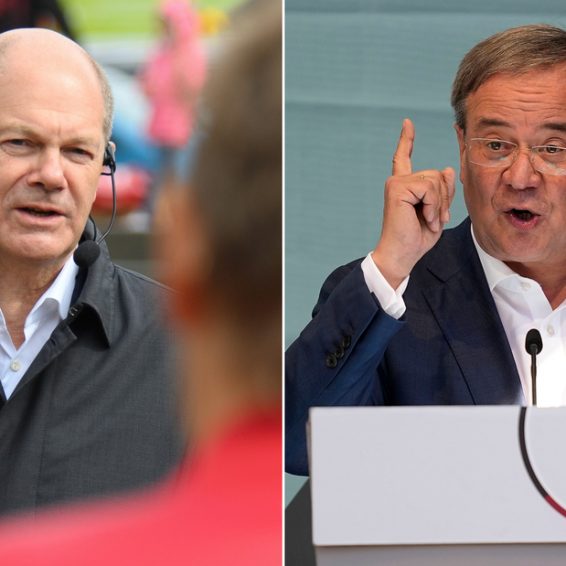 1 month ago·3 min read
ShareTweetPinShare
Home
World News
Germans vote in tight general election race that will lead to new chancellor
Chancellor Angela Merkel, 67, has been a symbol of stability in Europe since she took on the role in 2005. But after almost 16 years in the top job, she will step down once it becomes clear who her successor will be.
Polling predictions on Saturday suggested the race was too close to call, with the center-left Social Democrats (SPD) holding a small but narrowing lead over Merkel’s party, the center-right Christian Democratic Union (CDU).
The closeness of the race coupled with Germany’s complicated voting system means it could take some time before a winning coalition is formed and the ultimate victor is known.
Those lining up as candidates to replace Merkel are Armin Laschet, a long-time ally of Merkel and leader of the CDU since January; Olaf Scholz, leader of the left-leaning SPD; and the Greens’ Annalena Baerbock.
Read More
Environmental concerns and economic worries have emerged as key issues in campaigning, with the former fueled by the deadly floods that devastated parts of Germany this summer.
Germany’s election will decide what life after Merkel looks like. Here’s what you need to know
At his final campaign rally Saturday in Potsdam, Scholz referenced concerns over climate change and said that, if elected, he wanted to agree an increase in the minimum wage to 12 euro ($14) an hour within the first year of government.
Laschet, meanwhile, held a final campaign rally with Merkel in Aachen during which the outgoing chancellor praised his “passion and heart” and said the election was about the country remaining “stable” and ensuring “that the youth have a future and we can still live in prosperity.”
Laschet in turn paid tribute to Merkel’s time at the helm, saying she had “successfully governed Germany for 16 years.”
Merkel, the second-longest serving Chancellor in German history, has been widely seen as a steady pair of hands in the face of challenges including the financial crisis of 2007-2008, Britain’s exit from the European Union, and, most recently, the Covid-19 pandemic.
She has been a driving force for European cohesion and attempted to maintain close ties with the United States and China.
Now, with her departure, a period of unaccustomed uncertainty beckons for Germany, the EU and the wider world, although shifts in Germany’s international policy are unlikely to be dramatic.
In an unwelcome twist, the European Commission on Friday accused Russia of trying to interfere in European democratic processes through “malicious cyber activities.”
German politicians and officials were among those targeted, an EU official told CNN.

German politics has long been dominated by the Christian Democrats and Social Democrats, who have governed together in a coalition for the past eight years. But other parties have grown in popularity over the past decade as the CDU and SPD have lost ground.
Angela Merkel saw Germans through crisis after crisis. Now they wonder who’ll fill the void
This election is particularly close; the CDU and SPD have both held polling advantages, and the Green Party has also emerged as a serious contender. As a result, Baerbock stands to play the role of kingmaker in what are expected to be lengthy coalition negotiations.
The far-right AfD also remains a stubborn presence on the political scene, scrapping with the liberal Free Democratic Party for fourth place.
Both Laschet and Scholz — whose parties remain neck-and-neck in the polls — are familiar figures in German politics.
Scholz, 63, has belonged to the SPD since he was 17 and has been serving as the vice-chancellor and German finance minister since 2018, earning him increased visibility as he navigated Germany’s economic response to the pandemic.
His chief opponent, Laschet, 60, is a long-time Merkel ally and the CDU’s deputy leader since 2012. He was selected as the party’s candidate in January 2021 after a torturous leadership tussle, and has been premier of North Rhine-Westphalia, Germany’s most populous state, since 2017.
Baerbock caused a brief sensation in German politics when she surged in the polls early in the campaign, prompting voters to wonder whether she could become the country’s first Green chancellor.
Some 60.4 million people age 18 and above are eligible to vote in this election, according to figures from Germany’s Federal Statistics Office.
Each will have two votes to cast — one for the candidate to represent their constituency, of which there are 299 in the Bundestag, or German parliament, and a second vote for their preferred party. A party’s share of “second votes” determines the number of seats that party gains in the Bundestag, according to proportional representation.
For a party to get into the Bundestag, it must win at least 5% of the second vote.
Many Germans have already cast their ballots; the coronavirus pandemic has increased the amount of postal voting that took place before polling day.