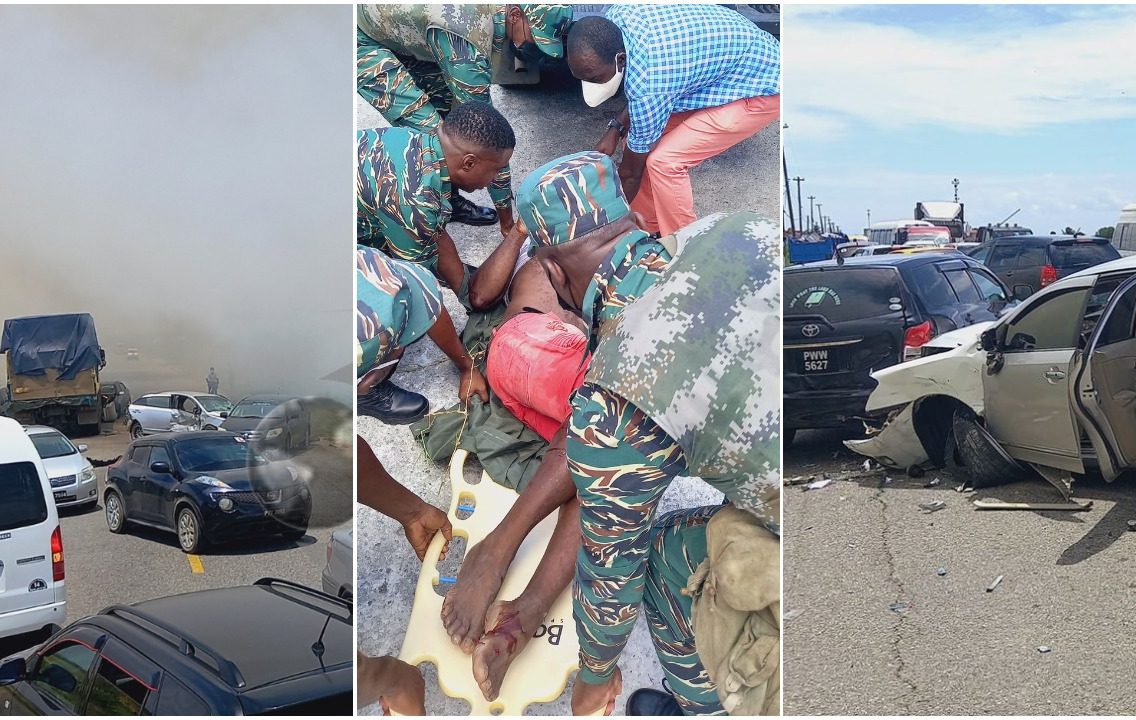 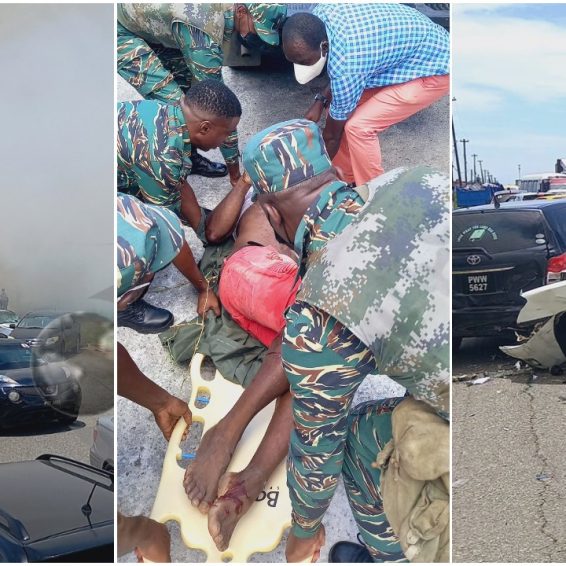 Several Guyana Defence Force (GDF) ranks who were on patrol and witnessed the accident scene at Foulis, Region Five (Mahaica-Berbice) stopped and rendered assistance to the victims.

Corporal Cranston McAllister, Lance Corporal Clifford Garraway, Lance Corporal Lurex Stewart, Corporal Kennard Simon, and Private Isaiah Wilson had just completed their patrol in the area and were returning to Camp Ayanganna in Georgetown when they came across the accident scene.

INews understands that the soldiers picked up one of four injured persons and transported him to the Mahaicony Hospital. According to information received, that person is seriously injured while the others have sustained minor injuries about their bodies.

It is unclear how many vehicles were involved in the accident or what exactly transpired.

100,000 doses of Pfizer vaccine expected to arrive next week

Based on videos seen by this publication, there was a lot of smoke in the area, which affected the visibility of the drivers. Reports are that a rice field in the area was on fire.