France’s Influence On The Casino World, Including The Caribbean

News Americas, NEW YORK, NY, Thurs. Nov. 3, 2022: Travel to many places in the world and you are sure to find the influence of France. These include the islands of the Caribbean like Guadeloupe, Martinique and St Barthélemy, territories of France.

One of the most notable marks of France on these countries is undoubtedly the world of the casinos. Although there is considerable debate as to whether it was in fact Italy where the first casino opened in the 17th century, it’s undeniable that within a few years the focus moved to France.

Seeing the opportunity to raise valuable taxes for the state, the Secretary General of the time, Cardinal Mazarin was very liberal in the granting of licenses to new casinos. This led to a huge number opening across the nation in a relatively short period of time

This explosion of casino culture was also very much driven by the creation of a number of games that are still firm favourites today all over the world. Perhaps the most notable of these is that perennial and quintessential casino game, roulette. Allegedly invented as a result of experiments by the mathematician and philosopher Blaise Pascal to invent a perpetual motion machine, the roulette wheel proved to be an intriguing and enticing way to wager.

Of course, roulette isn’t the only casino game to have its origins in France. One only has to look at the most popular card game blackjack to see that this was another example. It was originally called “vingt et un,” referring to the ideal score of twenty-one that all players want to achieve. In fact, it was only renamed blackjack by US casinos who wanted to add the extra rule that anyone scoring this with the ace of spades and jack of spades or clubs would win ten times their stake.

The French influence is also there for all to see in the language that is often used around casino games, not simply the names themselves. So, we have “faites vos jeux” as an invitation to bet and “rien ne va plus” when the cut-off point is reached. There are also expressions like “la partage” and “en prison” used when the ball lands on the zero in roulette. 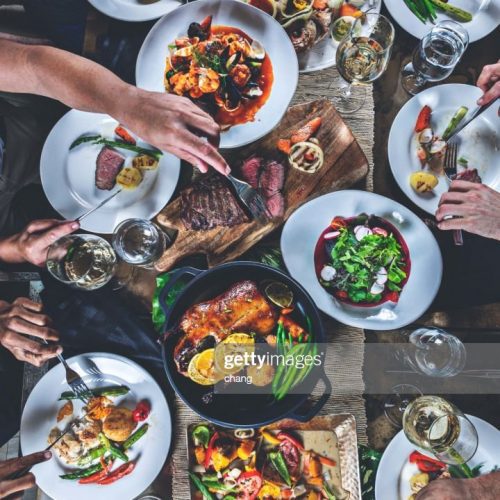 The 10 Best Fine Dining Restaurants In The Caribbean

With such a rich heritage it’s little surprise that casinos continue to be very popular in places where the French identity is strong. Their timeless appeal has even carried on to the internet age where, for example, BonusFinder is a great source for online casinos in Quebec. Many of these operate in the French language and all offer very generous welcome bonuses for new players.

Within the French West Indies, Sint Maarten is also home to many traditional casinos with the prestigious resort of Simpson Bay being a particular hotspot.

So, the influence continues – and while Las Vegas be the biggest and brashest of manifestations of the casino world – it’s the Francophone one that is the most long-standing.