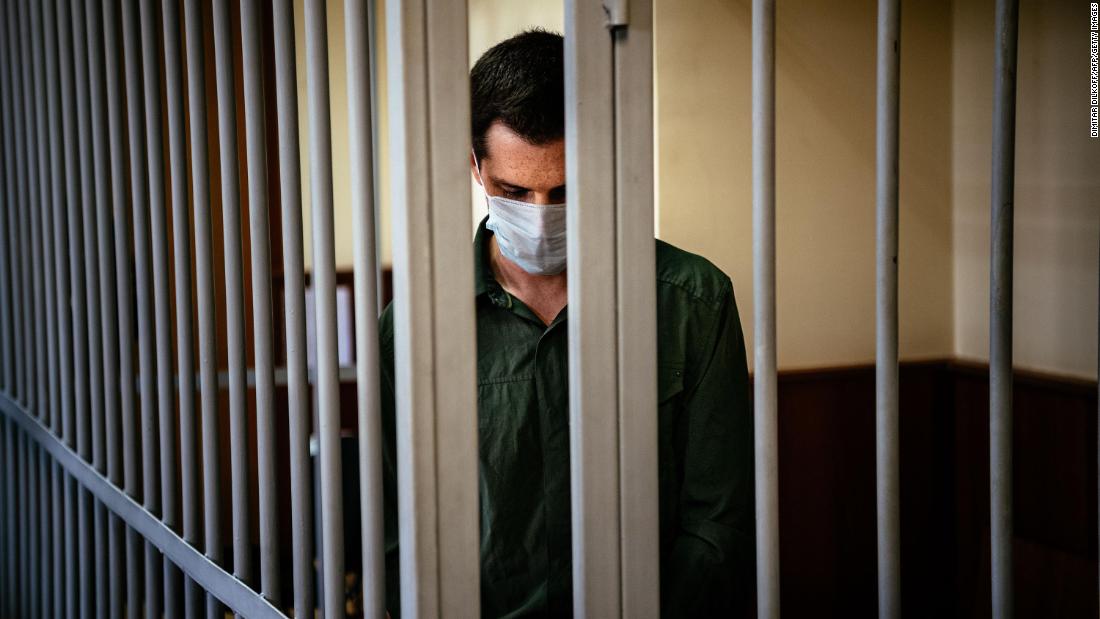 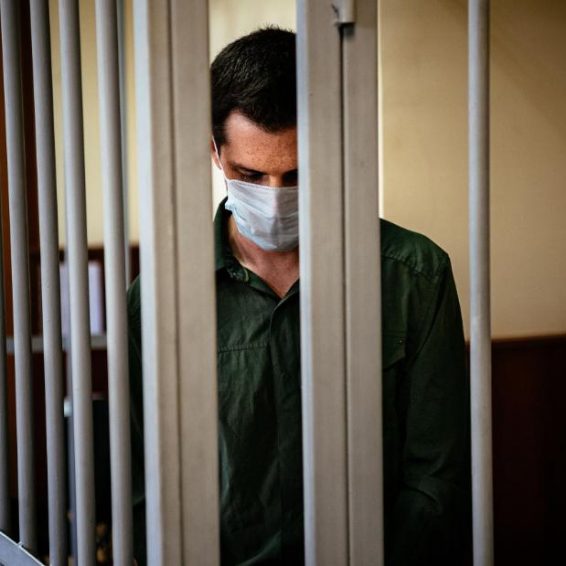 Former US Marine is on a hunger strike to protest imprisonment in Russia, family says

3 weeks ago·2 min read
ShareTweetPinShare
Home
World News
Former US Marine is on a hunger strike to protest imprisonment in Russia, family says
The content originally appeared on: CNN
“We have received a report from an attorney that Trevor has begun a hunger strike to protest his arbitrary detention and Russian authorities’ numerous and flagrant violations of his basic human rights and his rights under Russian law,” Reed’s parents, Joey and Paula, and sister Taylor said in a statement Monday.
“While we are immensely proud of our son’s strength of character, we are also extremely worried about his health,” they said.
The Reed family said their concern is “magnified by Russian authorities’ decision to hold Trevor incommunicado,” making it “impossible” for them or the US Embassy to monitor his health.
Reed, who’s a former US Marine, started his hunger strike on Thursday, Paula Reed told CNN.
Read More
Russian prison authorities deny that Reed is on hunger strike, Russian state media Tass reported on Tuesday.
“The information circulated in the media about a hunger strike by convict Trevor Reed is untrue. He did not declare a hunger strike to the administration of the facility, and he has been taking meals according to schedule,” Russia’s Federal Penitentiary Service of Republic of Mordovia, where Reed is incarcerated, told Tass.
Asked about the denial, Joey Reed told CNN, “This is the latest chapter in the book full of lies by the Russians.”
“They’ve lied to us about so many other things, so we don’t really believe that what they’re saying is true,” Paula Reed added.
Trevor Reed, 30, was sentenced to nine years in prison in July 2020 by a Moscow court for endangering the “life and health” of Russian police officers in an altercation after a night of drinking. He and his family have denied the charges.
A Russian court denied Reed’s appeal in late June.
He was transferred from prison in Moscow to the penal colony in Mordovia, Reed’s family spokesperson announced in August.
“Russian authorities are holding Trevor in a small room with a hole in the floor for a toilet. They will not allow him to communicate in his own language, to receive books or letters, to receive commissary items like other prisoners do, nor will they allow him to use a phone. Prison officials have not only refused to provide him the items they explicitly agreed to accept from Ambassador (John) Sullivan last month, they are also taunting him about it,” the Reed family said in their statement Monday.
The family hopes to meet with President Joe Biden and national security adviser Jake Sullivan when they visit Washington next month and that Reed’s hunger strike will receive the same attention as when Russian opposition leader Alexey Navalny went on a hunger strike earlier this year.
“We are asking for prayers for Trevor and for our family during this time and urge the White House to find the political will to bring our son home,” they said.
US State Department spokesperson Ned Price said Monday he had seen reports that Reed had started a hunger strike but could not comment on them due to privacy considerations.
US Ambassador to Russia John Sullivan last visited Reed on September 22, according to Price, who said Monday that he suspects Sullivan “will have another opportunity to visit” Reed along with Paul Whelan, another former US Marine currently detained in Russia.
“We are continuing to seek contact with Trevor as we monitor his case closely,” Price said at a department briefing.
The US charge d’affaires in Moscow, Bart Gorman, tweeted Tuesday, “We are aware of reports that #TrevorReed is on a hunger strike. We remain very concerned about his treatment & are monitoring closely. We urge the Russian government to do the right thing and return him to his family. We won’t stop advocating for Trevor @mfa_russia.”