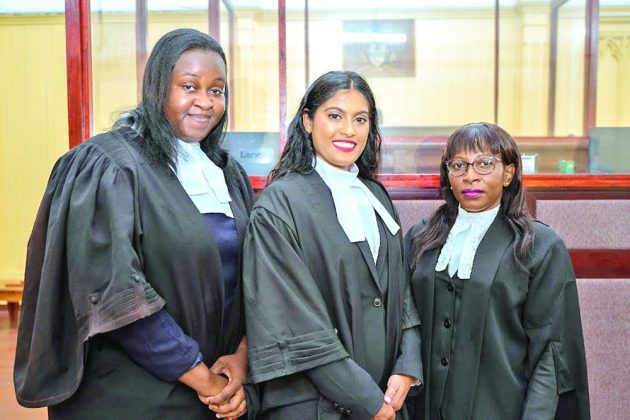 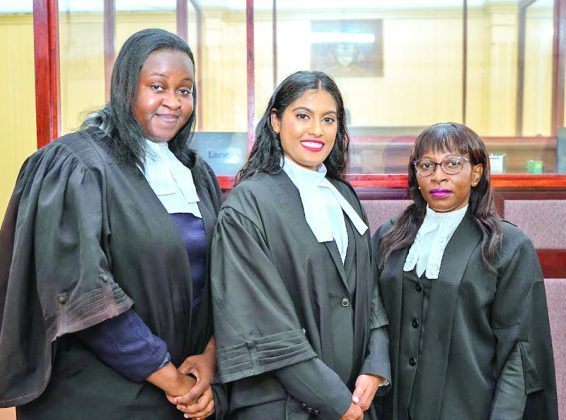 Former Guyana Times journalist, 32-year-old Moonmattie Devi Seitaram also known as Devi Seitaram was on Friday admitted to the Bar by Justice Simone Morris-Ramlall of the Supreme Court in Georgetown.

Seitaram was called by her fellow Berbician, Tuanna Hardy, a senior prosecutor in the office of the Special Organised Crime Unit (SOCU).

During the proceedings to admit Seitaram, Justice Morris-Ramlall spoke on the importance of upholding the standard of the legal profession and observing the ethics which guide the behaviours of legal practitioners.

Seitaram was sworn in after the Judge said she was satisfied that she would be a valuable addition to the profession. Seitaram also gave brief remarks where she spoke about her humble beginnings and her upbringing.

She also spoke about becoming a trained journalist but decided to change careers as she desired to become an attorney-at-law. At the time, she was residing in Jamaica and worked with the Minister of Tourism, Jamaica.

However, Hardy spoke about the recently admitted attorney’s inability to fund her education and undertaking fundraisers and a GoFundMe to assist with her studies.

Fortunately, she completed her law degree in two years – a journey that ordinarily takes three to four years – then went on to the Norman Manley Law School where she completed her Legal Education Certificate in September 2021.

New Attorney-at-Law Devi Seitaram, along with mother Lilowtie Seitaram and younger brother Joel Seitaram, at the High Court on Friday

Seitaram, who resides in Jamaica, is awaiting her admission to the Bar in that country. She expressed a desire to open a practice in Guyana where she can use her skills to help those who are in need of legal representation.

Among her motivations to become an attorney are to assist in creating laws and policies to help the people of Guyana and those who are disenfranchised, especially her birth county Berbice.

Seitaram worked at Guyana Times from April 2010 to 2012. Whilst there, she represented the company at the Climate Change workshop held in Miami that was hosted by Reuters.
She then resigned and migrated to Jamaica where she started her journalism degree at the University of the West Indies.

After completing her journalism degree in 2015, she had initially applied to read for a Master’s degree in economic development but was accepted into the law programme as her second option.

The brilliant young woman told this publication that she was forced to work more than one jobs to offset her tuition and living expenses.

“One night I was so tired a pot of hot water fell on me and burned both of my legs. I was preparing for exams and that still didn’t stop me. I was lying in bed for eight days but in between, I was still studying but I had informed my professors what had happened,” she recalled.

She persevered and was able to complete her studies. An emotional Seitaram said it was the hardest thing she has ever done in her life.

“It was challenging going to school full time. At one point I couldn’t afford it but I said you know what I’m not going to quit. I’ll take on more jobs. The pandemic helped me because I was able to work from home, attend school and take on odd jobs by using my writing skills and my journalism qualifications so everything had a purpose in life,” she stated.

Her advice to young women is to never settle for anything in life.

“I was in an environment where girls weren’t expected to go further than secondary school. I was discouraged from being a journalist because I’d have to work with men etc but no matter what people said I kept going because I had a vision for my life. I knew I wanted to make an impact in society and I often prayed for purpose over my life.”

She encouraged young women to be independent, become educated, and “go after your goals”.

The young attorney’s aim is to also be admitted to the Jamaica Bar so that she can practice law there as well.