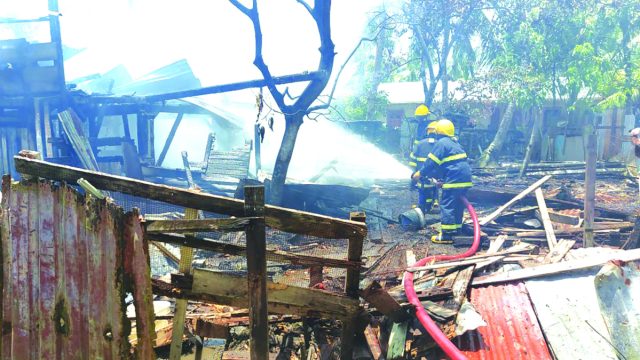 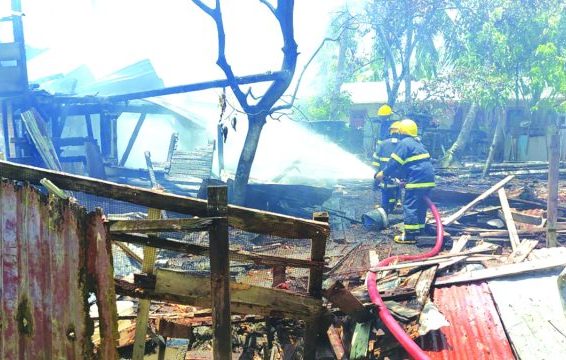 Smoke was first seen coming from the front part of the two-bedroom building, situated at Lot 4040 Patrick Dam, Mount Sinai, where Carlton Sinclair, 74, lived alone and was not at home at the time. His son Conrad told the media that a lot of electrical wires were exposed in the building.

“I went at the workplace and I get a call that my father’s place on fire…he wasn’t home. Today (Wednesday) his grandson playing cricket, so he probably gone and watch the game somewhere. Thank God that he is alive – he wasn’t home.”

Conrad Sinclair explained that Kevin, who had in the past attributed his success to the efforts of his grandfather, had promised to pull down the house in which he grew up and rebuild it. He had only recently promised to do that for his grandfather.

Meanwhile, residents have said that the Fire Service responded promptly, but by the time they arrived on scene, the entire building was already engulfed. Water was sourced from a nearby canal to extinguish the blaze.

Lawsuit to repossess river frontage: ‘Most shocking decision I have ever witnessed’ – AG on court’s decision

According to Conrad Sinclair, some of the items destroyed in the fire had been trophies belonging to Kevin Sinclair, who represented Guyana and the West Indies at both youth and senior levels. Kevin is also a member of the Amazon Warriors.

“He had his washing machine, gas stove, he has two big sets that he used to play his music, and his piano and microwave. A lot of trophies that my son won because he does play cricket; it would carry him into the millions…,” Conrad explained.