…after complainant refuses to testify against her

A key prosecution witness in the corrupt transaction charge against former Permanent Secretary of the Amerindian Affairs Ministry, Sharon Hicks has refused to testify against her, resulting in the matter being dismissed on Friday by Senior Magistrate Leron Daly.

In December, the 42-year-old woman was hauled before the Georgetown Magistrates’ Courts after she was allegedly caught accepting a bribe from a businessman.

It was alleged that on October 7, 2021, at the Amerindian Affairs Ministry, Lot 251-252 Thomas and Quamina Streets, Georgetown, while being employed by the Government, she obtained $200,000 from Heramainie Chintamanie as an inducement or reward for processing the payment request of the said Chintamanie for security services provided to that Ministry.

At her first court appearance before Chief Magistrate Ann McLennan, Hicks was released on

$100,000 bail with the conditionality that she lodged her passport with the court pending the hearing and determination of her trial, after pleading not guilty to the charge.

Her lawyer had said that she has an unblemished criminal record, has been employed with the Ministry for the last decade, and was prepared to defend the charge against her.

The Permanent Secretary was arrested in October 2021 after she was reportedly caught in a “bribe money” sting operation set up by the Police.

Reports are that she was arrested at the Ministry’s office after a businessman, who provides security services to the Ministry, reported to the Police that she has been demanding money from him for her to approve payments for his company. 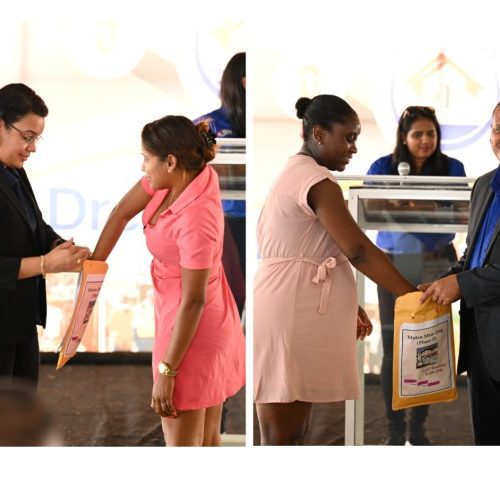 He claimed that this was reportedly the practice that his father had to endure but his father has since died and he has taken over the business. After the matter was reported, marked banknotes were given to the contractor who then paid the Permanent Secretary.

It is alleged that after Hicks collected the money, ranks from the Guyana Police Force’s (GPF) Major Crimes Investigation Unit swooped down on her office and arrested her.

At the time of her arrest, Permanent Secretary Hicks was reportedly in possession of the envelope with the marked money. After her arrest, the Amerindian Affairs Ministry said that Hicks was sent on administrative leave pending the outcome of the Police investigation.

The Police, after completing investigations, forwarded the file to the Office of the Director of Public Prosecutions (DPP) which advised that Hicks be charged with one count of corrupt transactions. Hicks was appointed Permanent Secretary in October 2020.