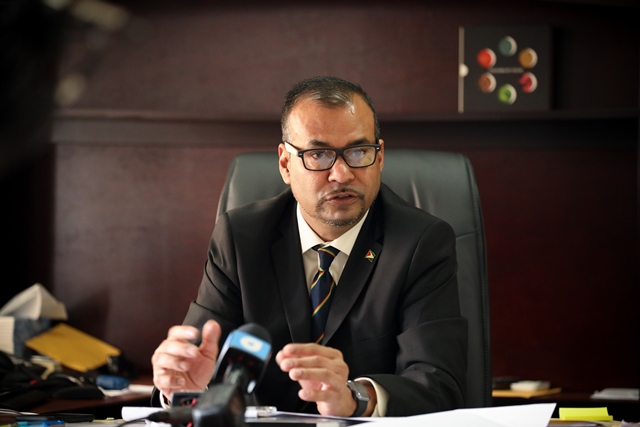 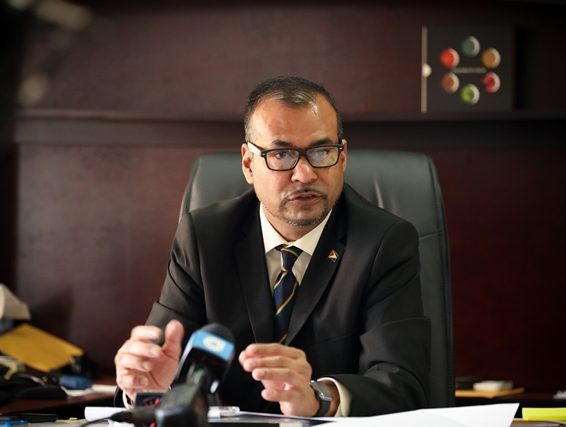 Even as Guyana encourages more foreign investments especially from the Guyanese Diaspora, Foreign Secretary Robert Persaud has reassured investors that Government is working on a mechanism to enhance the ease of doing and setting up businesses in the country.

He made this remark on Thursday morning at an in-person and virtual seminar hosted by the Natural Resources Ministry in collaboration with the Foreign Affairs and International Cooperation Ministry, under the theme “Opportunities for the Diaspora in Guyana’s New Economy”.

During the event, members of the diaspora were told of the abundance of opportunities available here that they could tap into.

But one participant who has partnered with a member of the Guyanese Diaspora to set up a business here pointed out that one of the major challenges for investors was the tedious task of doing business here.

“There are people who’d be willing to come back, but the big difficulty we have when we get here is actually getting organised, getting ourselves positioned here [and] going through all the rigmarole you have to go through. The banking system is unbelievably backward and all the [state] departments are underwater – you have to plough through puddles and mud to get to them.

“And you have to have every possible and considerable difficulty in getting back here at all. If you want to encourage people to work here, bring their money here, and do all the jobs they can do here, you gotta make it a bit easier for them,” the businessman stated.

In response, Guyana’s Foreign Secretary posited that Government has been working on making Government agencies more investor-friendly as well as improving the way business is done in the country.

“What we’ve done, and which the President [Dr Irfaan Ali] has put a lot of emphasis, is in the issue of a single-window system – whereby, for instance, if you want to set up a business and need a number of permits or whatever paperwork is required, you go to a single-window arrangement. So, a lot of effort is being put into that,” he stated.

Speaking to the issues raised about the local banking system, Persaud noted that Government has no control over that since the banking procedures were in compliance with the various anti-money laundering legislation and practices. In fact, he stated that even Guyanese are frustrated with the stringent banking system practices in place.

Moreover, the Foreign Secretary outlined that oftentimes persons did not understand the systems in Guyana and were not even aware that many Government services, as well as information, have been moved online.

“Much more of that are going to be [done online]. So rather than you having to physically move from point A to point B, you can do that through the interface with a greater emphasis on e-governance,” Persaud said.

Additionally, it was pointed out that there were companies here such as the Guyana Logistics & Support Services (GLASS) that handle all domestic procedures for investors wanting to set up businesses here.

In its last report, the World Bank ranked Guyana 134 out of 190 countries in its Doing Business Report for 2020 as it relates to the ease of doing business.

During his presentation at Thursday’s diaspora seminar, Persaud pointed out that the People’s Progressive Party/Civic (PPP/C) Administration has embarked on a number of initiatives to enhance local participation in tapping into the opportunities available in new and traditional sectors in the country. Equally important, he stated, is tapping into the vast resources in the Guyanese Diaspora.

“These Guyanese, they possess skills that are badly needed in Guyana: capital; a lot of experience, and very importantly, the networking in terms of their connection and their ability to engage multinational large companies that have reach in many parts of the world. And we’ve taken it as a priority to see how it is we can mobilise, reach out, and facilitate the Diaspora working very closely with Guyanese living here too,” he asserted.

According to the Foreign Secretary, bringing more members of the Diaspora here was not a disadvantage to Guyanese living here. In fact, he noted that it was estimated that within the next decade, Guyana will need another 100,000 skilled persons for the various sectors that are rapidly transforming.

“Why should we not look at the diaspora where we have those skills and those Guyanese out there who can bring additional value to what is taking place in our country… [We want to look at] how it is we can enlarge those efforts in tapping into the Diaspora in terms of ensuring that they can have senior positions because we don’t only want Guyanese to be the cleaners, to be the handymen or to be menial labourers and say that is local content… We want Guyanese to be in leadership positions as much as we want them to be owners and operators of services and companies,” Persaud stated.