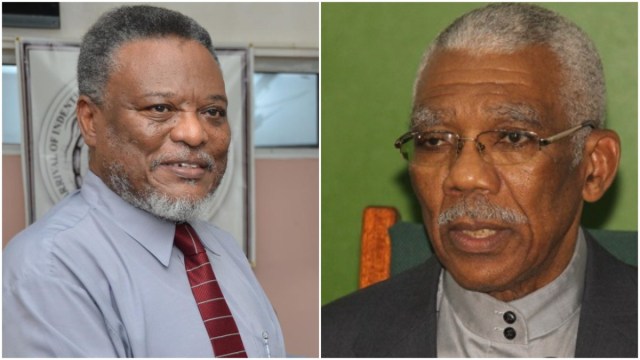 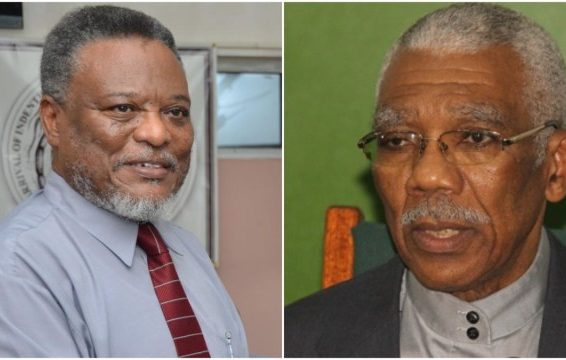 I write this letter as an alternative to, and prompted by the Demerara Waves article of September 27, entitled “New PNCR executive needs to get rid of maximum leader approach”, written by my former Cabinet colleague and still friend, Dr. Henry Jeffrey.

I differ comprehensively and totally with him. I wish he had seen the occasion and opportunity here for getting on to what he has been calling for, getting on the road of “a historical narrative to which we could all subscribe”.

Neither the “decision making” nor the “who is the leader, leader” question is the PNC/R executive’s major problem: it is the question of “what is their business plan, their winning plan?” It ought to be a plan to win elections fairly and squarely: proclaiming an end to rigging: regretting the historical fact that Forbes Burnham and most leaders and supporters of the PNC and latterly, the PNC/R/APNU, succumbed to the argument that rigging was the only way for the PNC/R/APNU to win, and that there could be nothing in the world worse than losing to the PPP/C.

A “Proclamation to End Rigging” would open many wonderful doors for all our people, our country, and most of all those who, for understandably good reasons, support the PNCR/APNU. What a great relief for all of us, some relieved from having to deny and others from being angered in hearing the denials of what are well known.

And take it from me, the PPP/C is not all that bad.

There have been, recently in our newspapers and other media, so many allusions to, explicit references to, and even seeming justifications of the PNC’s historically rigged elections and the rigging narrowly averted last year that the admission inherent in a “Proclamation to End Rigging” would not be an admission to something secret, not known, should not take any skin off of anyone’s nose. It would take a great burden off all of us Guyanese chests, particularly so, I say again as an Afro-Guyanese, the chests of so many of my Afro-Guyanese parents and grandparents, brothers and sisters, sons and daughters – who earnestly believed and wanted an opportunity to demonstrate that the PNC/APNU would be good for Guyana.

Our hopes and aspirations may have been noble: we all know and the whole world saw the behaviour of Mr. Mingo, the Region 4 RO. He was a man knowingly facing a subsequent life of ridicule which many would consider worse than death – we must put aside and leave behind us the world view that would have motivated him so.

Our hopes and aspirations were noble, but turning from our Christian foundations of truth and honesty to rigging has been our doom, initiating a slide to group and national disaster. It is timely to deliberately and firmly turn that page – avert the need for our younger people of great potential for our Guyana nation, like Amanza Walton-Desir and James Bond, to go down that same road of make believe on which we have been so long stuck.

It is time to extend new hands of fellowship to our fellow comrades in Guyana, and in the much wider world that is much more one, and in which we must fraternise.

If the story of about twenty years ago has any truth, my former fellow MP Raphael Trotman, then a rising star in the PNC, had the right inclination in his suggestion to former President Hoyte that the PNC/R apologise to our country (and to many of its own supporters). There could and must be a PNC/R/APNU that could and would be good for all Guyanese and Guyana. The new Executive must work at getting there.

Yes, the arguments for rigging did seem so strong to us Afro-Guyanese, to do a little wrong, a little rigging, to avert a greater wrong – the stealing of our entitled birthright of succeeding the departing British colonial masters under whom we had suffered so much, endured so much, and learnt so much. We were ready to take over. Not that we did not recognise Cheddi and his PPP supporters as brothers in the anticolonial fight, but they were younger brothers, recently come, whose time had not yet come – they should wait their turn. And when those sentiments were aligned with the instigations of the Cold War against ungodly atheistic communism, they were irresistible and so deep, given that they also aligned with our self-interest – they are still deep in the bones of many of us, our organizations, and are being transmitted to our new young generation- we must work at dissipating them.

A “Proclamation of an End to Rigging” by the new Executive of the PNC/R would open the door to us all becoming Guyanese first, One People, One Nation with One Common Destiny. One independent nation of less than a million people altogether getting on amongst ourselves, and getting on with the more than seven thousand millions of other peoples in nearly two hundred other nations.