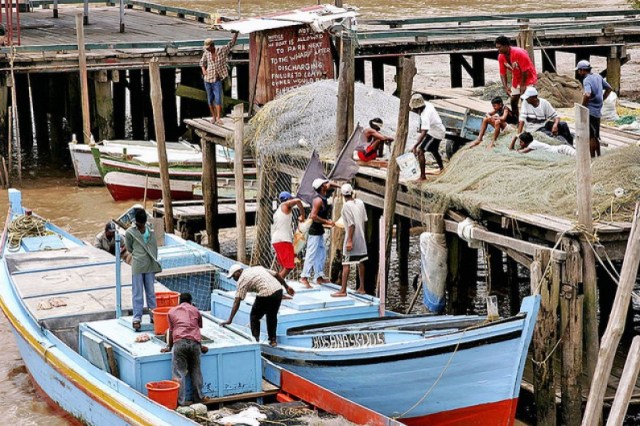 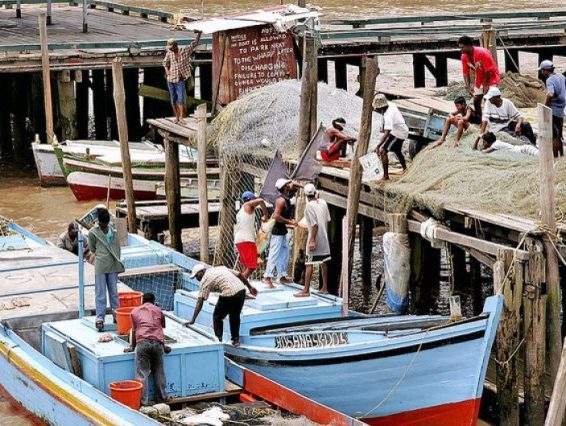 Guyana and Suriname have agreed to meet in two weeks for high-level discussions on the issue of the continued harassment of Guyanese fisherfolk by the Surinamese authorities.

This was related on Wednesday by President Dr Irfaan Ali, who told members of the press that he had a conversation with Surinamese President Chan Santokhi on his country’s foot-dragging on the granting of licences to Guyanese fishermen.

The two Heads of State also deliberated on the detention of Guyanese fishing vessels by Surinamese authorities.

“I reached out directly to President Santokhi. There’s active work going on right now in relation to the boats that were kept on the Surinamese side; that matter is being resolved as I speak to you,” President Ali explained.

Guyanese President Dr Irfaan Ali and Surinamese President Chandrikapersad Santokhi [File Photo]In relation to the substantive issue of granting licences to Guyanese fisherfolk, he said a meeting between the Foreign Ministers of both countries would be held in 14 days.

“There are some concerns from their side. We’ve made our case very clear; we’ve given all the data…I’m pleased at the efforts that were made in the last 24 hours to address the immediate concerns in terms of the vessels that were kept there and I’m now looking forward for the meeting that will be held between the two Foreign Ministers…on the long-term solution,” President Ali expressed.

The Guyanese Head of State further revealed that he reached out to representatives of the Surinamese Private Sector on the issue.

“I called key members of the Surinamese Private Sector myself to let them understand we treat everyone equally here, we give everyone an opportunity here and that they should ensure that similar treatment is accorded to Guyanese,” he reasoned.

Finance Minister, Dr Ashni Singh, the President noted, also made interventions in this regard.

It was only on Monday that the Guyana Government issued a statement condemning “in its strongest possible terms, the most recent harassment being meted out to our Guyanese fisherfolk by the Surinamese Government, inclusive of its failure to grant licences to our fishermen”.

The Guyana Government explained that this would have been in keeping with a commitment made to President Ali in November 2020 during a visit to Suriname.

The statement further recapped that at the last meeting of President Ali and President Santokhi in Georgetown, it was agreed that by January 1, 2022, arrangements would have been put in place to facilitate the issuance of the 150 SK licences to Guyanese fishermen.

“Taking into account this decision, the Minister of Agriculture of Guyana communicated the names of the persons interested in being issued licences via a letter dated 16 November 2021 to his Surinamese counterpart. To date, the Government of Guyana has not been advised on the status of the establishment of the company referred to, nor on the issuances of the licences,” the statement noted.

It added that, “in the absence of the issuance of these licences, our fisherfolk continue to face harassment at the hands of the Surinamese authorities, including fishing vessels that are stranded in Suriname and cannot return to Guyana for fear of losing their licences”. 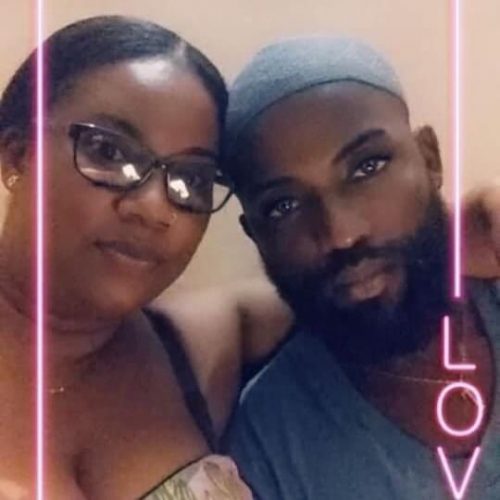 Most of the fishermen, when they go into the Atlantic Ocean, are still considered to be in Surinamese waters, hence the need for a licence from the Dutch-speaking country to operate there.

Currently, the licences are issued to Surinamese businessmen at US$100 per year and rented to the Guyanese fisherfolk at US$3000 annually.

About 150 boats operate from the Number 66 Fisherman’s Co-op Society thus providing direct employment for about 800 fishers. Additionally, some 200 persons are employed in providing services which include transportation, fish vending, and repairs to machinery and equipment.

Guyana’s Vice President, Bharrat Jagdeo is on record saying that the Guyana Government has suspicions why the Santokhi-led Administration is not honouring its pledges.

“Sometimes they go back and forth because the right people are making a lot of money off of these licences over there, so, they don’t want to give them [to Guyanese]. Therefore, they are fighting. Even when there is goodwill at the level of the Government, there is a problem at other levels,” Jagdeo had contended.

President Ali, in his interaction with the media on Wednesday, said that he was “very clear” about the direction in which his Government would pursue this matter.

He noted that “we have some other options available being members of Caricom, but I wouldn’t explore that now.”