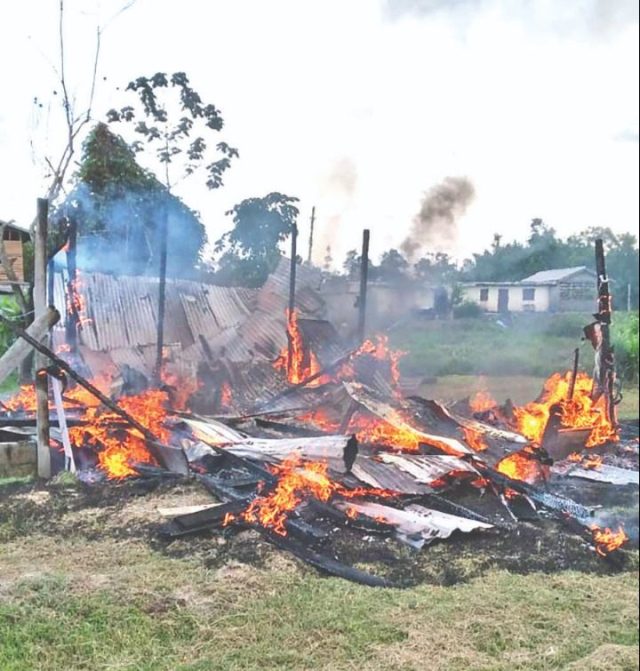 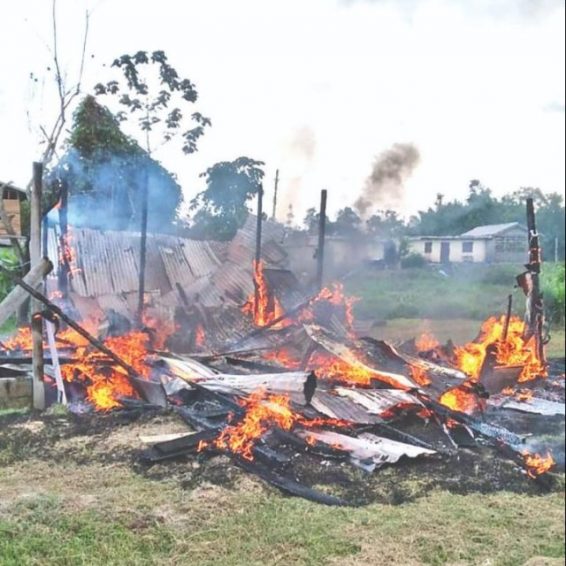 A mother and her three children along with her grandchild are now homeless after fire completely gutted their home at Ladern’s Ville, Region Ten, Upper Berbice River on Monday.

Reports are that the fire occurred at about 14:00h but no one was at home at the time of the inferno.

The homeowner, Shellon Sampson works in Georgetown and would usually return home every weekend.

According to Shellon’s niece, Mickelicia Sampson, who lives next door, the fire is suspected to be of electrical in nature as there was fluctuation of voltage in the area at the time the flames started.

The woman’s niece said she rushed to the scene but on her arrival at 14:15h, the one-story house was already gutted.

According to Sampson, her aunt is a single parent and she would be grateful if she can receive assistant to rebuild her home.