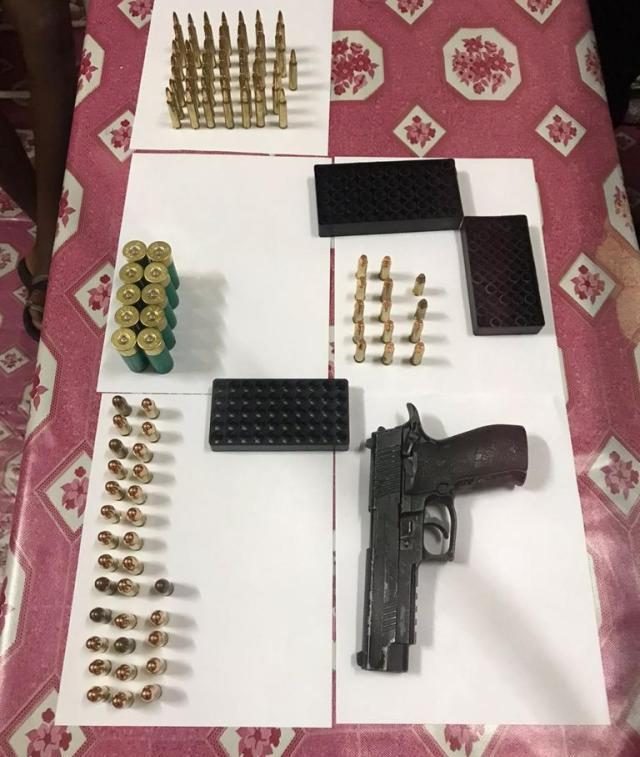 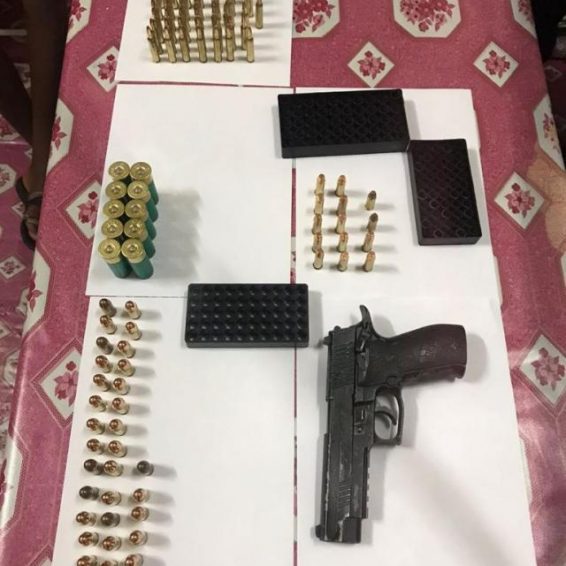 Police in Georgetown have arrested six suspects including a female following the discovery of an air pistol and a quantity of ammunition at the premises they were at.

The discovery was made sometime around 18:15 hours on Friday at Bourda Street, Lacytown.

Acting on information received, ranks from the division went to a property located at Bourda Street, Lacytown where they met the suspects gathered.

The ranks informed them of their reasons for being there and a 19-year-old male identified himself as the caretaker of the property.

A search was requested and he gave permission. They were all taken into the house where a search was conducted.

Whilst searching in a bedroom a suspected air pistol inside a cardboard box was unearthed. A further search revealed ten 12 gauge cartridges, thirty-one .45 rounds, fourteen .38 rounds and forty-nine M15 rounds in the kitchen area.

They were all told of the offence committed and cautioned in regards to the Judge’s rules.

They denied having knowledge of the suspected items and were all arrested and placed into custody.

The suspected air pistol and ammunition are presently lodged. Investigation in progress.