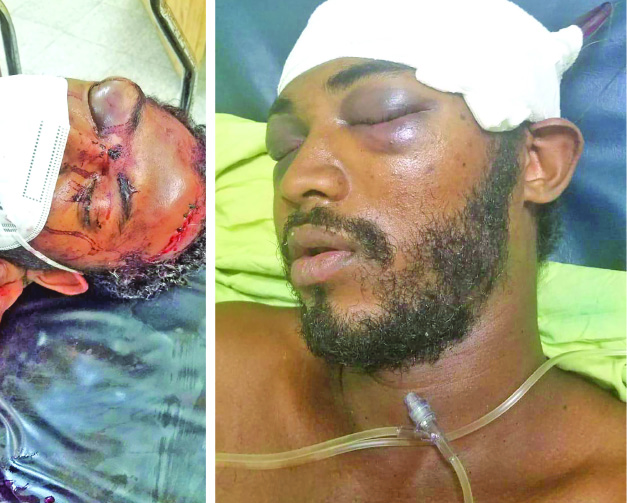 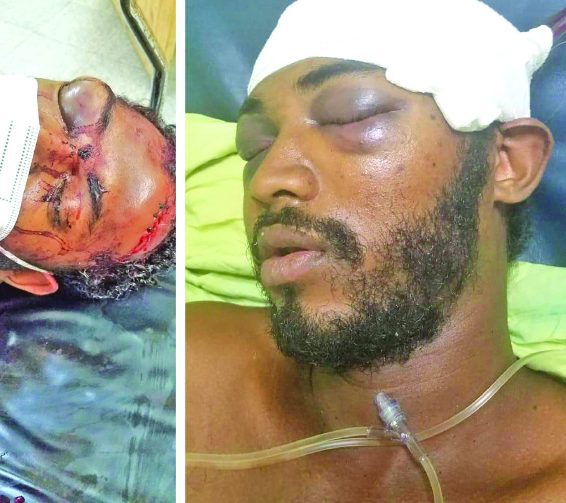 Family of wife abuser claims he was also assaulted by wife, calls for justice

The family of a man who has allegedly beaten his partner, causing her skull to fracture and her arm to break, is now claiming that he is also a victim of abuse.

Anthony Luke, 28, a labourer of Wismar, Linden, was allegedly beaten by the woman’s family and is now in a critical state at Linden Hospital Complex.

It was reported that Simone Edwards, 31, a security guard of Wismar, Linden, Region Ten (Upper Demerara-Berbice), was severely beaten by the man on January 4 and remains hospitalised.

Police had said that the couple shared four children together.

On the day in question, the couple reportedly returned home from work together and then went to the side of the house where they were talking. Shortly after, Police said Luke went inside the house but had returned outside where the woman started to speak loudly. The couple’s teenage son soon heard his mother screaming and upon enquiring, he saw his father beating her with a piece of wood.

Upon seeing this, the child ran inside the house, grabbed a cutlass and returned to confront his father. However, the man reportedly pelted his son with a piece of wood after which he escaped.

The victim’s uncle and nephew were alerted and went in pursuit of the suspect. Public-spirited persons also joined the chase, resulting in the capturing of the suspect who was given a sound thrashing before he was handed over to the Police.

However, the cousin of the alleged abuser, Shawnna Frank is claiming that the man was also abused by the woman. She said though the couple lived together, only two of the four children are his.

Frank said the abuse has been happening for a number of years and her cousin was provoked to commit the act.

“Based on the knowledge I have, most of the times a fight would break out, it will stem from them having a talk, and then she hits him and it becomes a fight.”

The woman said that after the incident, Luke was beaten to the state of unconsciousness and had to undergo immediate surgery. She said since the incident, her cousin remains critical and unconscious.

“He had to get a craniotomy; he is bleeding in his brain…so as of right now he is still in Intensive Care. She is stable but he is not responding since Tuesday.”

Frank is calling for justice, claiming that the woman’s family had no right to beat him to an extent that would leave him in a critical state.

“We are asking the police to look into this because we know he is the person who assaulted her, but what about the persons who assaulted him. The police are not looking into that. We spoke to an officer yesterday and he is saying they will look into it but when exactly.