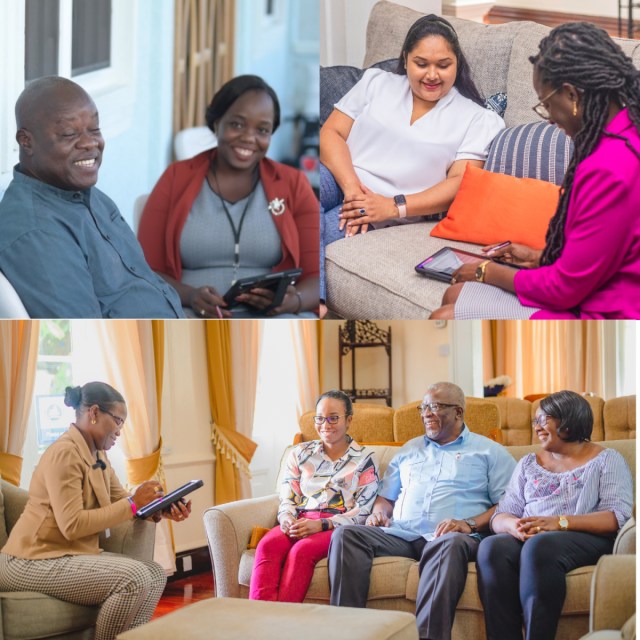 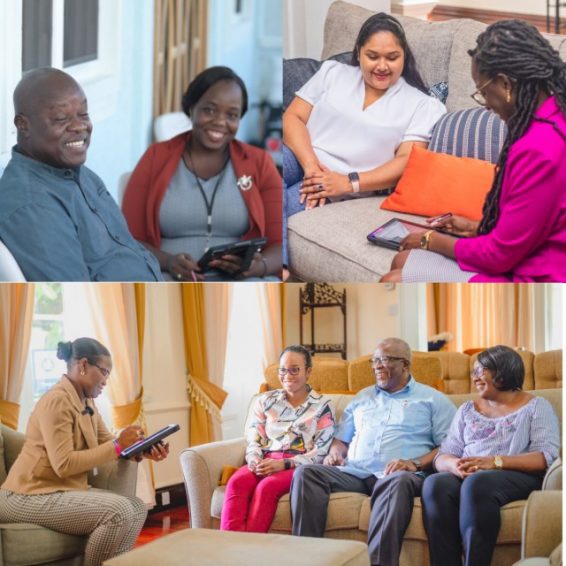 The Bureau of Statistics on September 15, Census Day, began the enumeration process of counting all people in Guyana, in the National Population and Housing Census 2022, starting with the households of the President, Prime Minister, and the Leader of the Opposition.

Census-takers started the count in households with First Lady Arya Ali and son Zayd Ali at State House, then continued with the Prime Minister,  Brigadier (Ret’d) Mark Phillips, his wife Mrs. Mignon Bowen-Phillips, and their daughter Maya Phillips at his official residence.

Later in the day, the Leader of the Opposition, Aubrey Norton and family were counted at his private residence on the East Coast of Demerara.

Prime Minister Phillips, commenting on the enumeration process said, “it is quite a simple process. Whenever the team comes to your home kindly cooperate and get the interview done because it’s also important for the information to be available to us as a Government to plan and implement our programmes and projects for the development of Guyana, development that you will benefit from.”

During the count of the First Family, the Chief Statistician, Errol La Cruez, who was presentduring the process said: “the First Lady was very receptive and accommodating to the Census-taker. She recognised the importance of the Census and acknowledged the impact the Census data will have on improving the lives of persons across Guyana.”

When his household was being counted, Norton said, “it is my view that a Census is important, it will allow us to understand the demographics in Guyana among other things. Be part of the Census, ensure you are counted, it will contribute to the kind of data that is needed to do the kinds of analysis and projections in societies like ours.”

The Census will take a complete count of the population and buildings of the country with the aim of providing vital data for developmental plans for the nation, as well as providing the private sector with information that will help in new areas of investment. 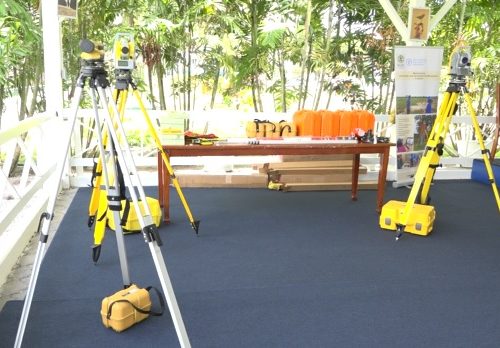 Trained ‘Census-Takers’ from the Bureau of Statistics will be visiting every home in Guyana over the next eight weeks to collect this vital information from the population. This exercise occurs every ten years, in accordance with the Statistics Act of 1965.

The 2022 Census is a historic one for Guyana, since Enumerators will be collecting data electronically, instead of using paper, as was done in the past. All Enumerators must present their Bureau of Statistics Identification Badges before entering the home of any person during the Census.

It should be noted that all persons who spent Census night within the boundaries of Guyana will be counted in the Census, regardless of nationality. Census night is referred to as the hours between 12 midnight and 6:00 am on September 15, 2022.