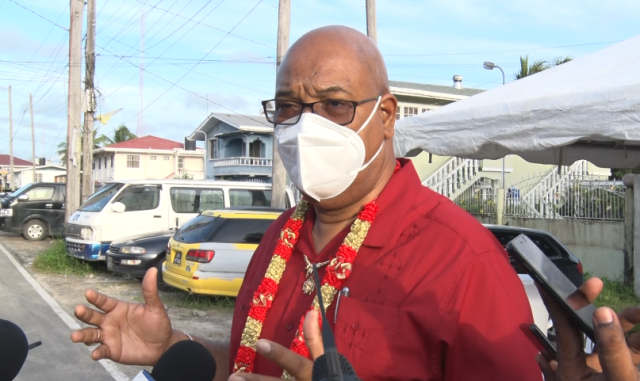 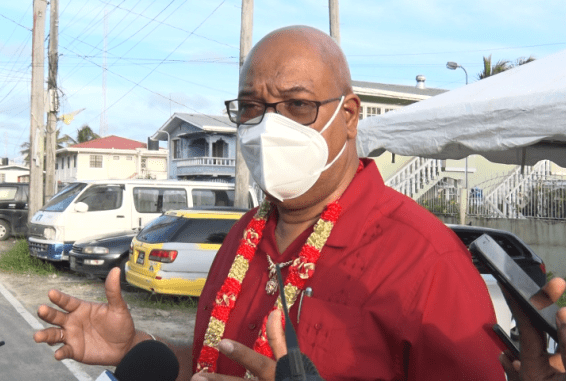 Public Works Minister Juan Edghill has assured that residents who need to be relocated to facilitate works on the new Demerara Bridge will be compensated at “fair market value” and that compensation may vary depending on what agreement is reached between the Guyana Government and concerned individuals.

Public Works Ministry’s Chief Transport Planning Officer Patrick Thompson, during a recent tour of the site of the project, announced that a “handful” of houses will have to be removed to facilitate the construction of the bridge and connecting roadways.

When contacted today for more details on these plans, the Public Works Minister could not give an exact number of houses that will be affected.

He pointed out that the houses to be removed are for the bridge and for a new road network leading to the bridge and since authorities are still looking at “several designs” for the road, no decision has been taken on the number of houses which will need to be torn down.

However, Minister Edghill assured that when that time comes, residents will be properly compensated.

“The law requires us to acquire at fair market value,” the Minister posited.

“We can’t take somebody’s property and don’t pay them. The law requires fair market value…And there’s a process to go through with that,” he added.

When asked if compensation will be purely monetary or if residents will be given a new land/house, the Public Works Minister said it depends on what the affected persons want.

“Different people might prefer different things. We’re not at that stage yet,” he explained.

Article 142 of the Constitution of Guyana and the Acquisition of Lands for Public Purposes Act are the two legal framework which will guide the government in its process of acquiring the privately-owned lands that are needed for the new Demerara River Bridge project.

The construction of the bridge is slated to start in the fourth quarter of 2021, the project is expected to be finished within two years. The bridge will land aback Nandy Park on the East Bank of Demerara and at La Grange, West Bank Demerara.

Only recently, Cabinet granted it’s no objection for China State Construction Engineering to construct the bridge at a proposed cost of US$256.6M.

The new bridge will also offer critical connectivity to the new Wales Development Authority which will be a major centre of productive activity when it comes on stream.

When asked how soon these processes will be initiated, the Public Works Minister could not say. “It’s not this week, it’s not going to be next week, that’s the most I can tell you,” Edghill posited.

“And it will not be until there is a full resolution on which properties will have to be acquired and the process in acquiring of those properties are followed…we have to be able to name the properties, get to the property owners, we’re not there yet.”