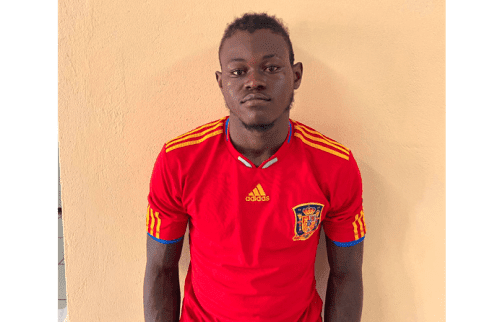 Well, Imran Khan’s innings as PM of Pakistan came to an abrupt end…almost like being yorked by a fast ball which wasn’t so ironic since it’s not one in his repertoire that skittles out batsmen like ninepins back in the day!! He never knew how to deal with yorkers!! But we gotta hand it to Imran – what else can your Eyewitness call him after his exploits on the field earned him that single-meme notoriety?? Moving from being a playboy-cricketer to being the leader of Pakistan – literally the “land of the pure (Muslims)” – had to take some doing though, not to mention personal transformation!!

Folks gotta understand the class nature of the subcontinental societies of India, Pakistan, Bangladesh and Sri Lanka to understand their cricket. Even more than the WI that CLR had in mind, the latter’s immortal phrase, “What does he know of cricket that only cricket knows” rings even truer for the subcontinent. It was supremely an upper-class game and even though Imran’s father was strongly anti-British, he was in that stratum. As such, it’s not surprising Imran went to Oxford and graduated with a PPE (Philosophy, Politics and Economics) degree, which several post-war British PMs earned!!

In Imran’s case, he was playing First-Class cricket for Worcestershire and then for Pakistan even while he was swotting away at Oxford!! With his good looks and mass of hair, he made his fans swoon in the stands as he ran up to deliver those in-swingers and outswingers he’d invented. He became part of London’s upper-crust high-society crowd and it wasn’t surprising he married the socialite daughter of billionaire financier Goldsmith. More importantly, he inspired generations of Pakistani young men to emulate him in fast bowling. But it was in his leadership on the field that his background came to the fore – he was literally born to lead!! And lead he did. Till now!

His entry into politics was eased by his popularity among the youthful, westernised middle classes in urban Pakistan. But, as with all Pakistan political leaders, he had to receive the nod from the military – which has run Pakistan since independence. Don’t worry about his “secular” credentials…wasn’t Jinnah, the founder of Pakistan from the same mould?? Anyhow, his third wife inducted him into Sufism. But it was the military that made him and it was the military that removed him. He didn’t agree with their choice for the most critical Pakistani Intelligence Chief position.

Imran claims the US didn’t like his cosying up to China. It was significant that President Biden hadn’t even called him since he (Biden) assumed office!
But domestically, it was the economy that did him in! People gotta eat!

…but “wrong and strong” PNC

That Imran was removed from Office on a “no-confidence motion” (NCM) should remind locals (if they need reminding) how anti-democratic the PNC coalition was, under David Granger. In Imran’s case, he lost the NCM in their 342-member Parliament when the combined Opposition mustered 274 votes. To their credit, Imran’s partisans didn’t try to use fancy maths to justify remaining in office – even though he tried to call new elections, where he would’ve gone directly to the people and bank on his “popularity”.

But unlike Guyana, their courts decided Imran had to go – and he obeyed them. And this is the difference between the PNC and others in the Commonwealth of nations that accepted the British political ethos for running our business of choosing leaders. The PNC under Burnham and his protégé Granger have opened us up to the standing libel that we’re incapable of governing ourselves.
All of us have to be smeared because of the ambitions and arrogance of a few!!

Your Eyewitness has already pointed out that “truth is the first casualty of war”. And it’s because of this aphorism that Guyana abstained in the UN’s vote to expel Russia from its Human Rights Council.
We must first have an impartial enquiry!!