If you missed the recent commemoration of the 50th anniversary of the inaugural Caribbean Festival of Arts (Carifesta, held in Guyana between August 25 and September 15, 1972), then that means you’ve really missed this “virtual world that’s fast enveloping the human species”. “Virtual world?” you mutter, imagining your kids hooked on the games on the laptops and smartphones to which they’re permanently tethered.

Well…yes, and no. THAT virtual world has sent out its looong tentacles waay beyond Generation Z, and roped in even geezers like your Eyewitness. Now, the oldsters – anyone over 35!! – mightn’t be ensnared into VIRTUAL REALITY of the Metaverse, that pushed Facebook to change its name to “Meta”, but they’ve been enticed to plunge their toes into the ether through Zoom and all those platforms, that allow you to speak to each other from across the world!! These platforms give a whole new meaning to the term “talking heads”!!Anyhow, these very woke folks did hold the commemoration over Zoom, and wrote about it in their very woke local daily. One thing that jumped out right away to your Eyewitness (maybe because it was on top of the article??!!) was a map of the world showing – through dots of various sizes – where the viewers and participants originated.

It verified the local anecdotal claim that Guyanese are everywhere”!! Well, almost!! Even though there was a dot each in Japan and Alaska, there wasn’t a single one in the entire continent of Africa – from where most of our Caribbean people originated!! What gives?? Your Eyewitness knows there are lots of Guyanese in that particular “Motherland”. So, does the immersion give them amnesia about their ole mudland?? Say it ain’t so!!

But back to the commemoration. There WAS a dot for Guyana, but NOT nearly as big as the humongous blob that threatened to cover the entire East Coast of the United States!! Even the dot in French Guiana was bigger than the one in Guyana?? So, your Eyewitness was wondering why there’s this clear (studied?) lack of interest in the land where the subject under discussion – Carifesta 1 – was held?? Was it because the memory of the man whose baby it was – Burnham – was too painful for most locals?? After all, WE have to live with his (benighted) legacy!!

For your Eyewitness, he always wondered how enthusiasts of Carifesta – like Barbados’s Kamau Braithwaite – could live with themselves after they validated Burnham for his “vision”! They would’ve met Martin Carter, who’d jettisoned Burnham and the PNC Government in 1970 – after participating in the meeting of Caribbean intellectuals to plan the festival earlier in that year?But the great man did write wryly, “The mouth is muzzled by the hand that feeds it”!!

But the virtual platforms don’t just seek to INFORM. No Siree, Bob!! They’re being used to MISINFORM, more than anything else!! Just last week, the NY Times ran a piece captioned “A Journey into Misinformation on Social Media”, which explained ruefully that its reporters concluded, “Disinformation and misinformation on social media have only grown worse since the 2016 election”!! Sadly, in Guyana, much of the misinformation is from the political partisans. 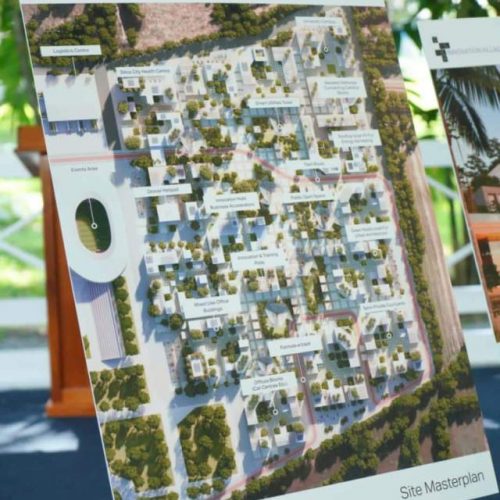 Another study demonstrates that social platforms have “been used to promote instability, spread of political conflict, and call for violence.There’s some good advice one commentator gave to your Eyewitness about information on social media: “Who’s posting it? What information are they sharing? What’s their intent? In terms of who’s posting it, you want to look at the qualifications and potential for bias.” In Guyana, we shouldn’t be surprised that partisans are twisting their “facts” to support their party. “Fact checking” by going to other sources, who does that??There’s the “confirmation bias” we all suffer from.What’s the Government’s role??

The time’s coming when we won’t ever be seeing these politicians in the flesh looking for our votes. Their holographic images would stand in our living rooms showing us where to place that “X”!!Scary, eh??