Well, it’s high time some adult in the room spoke up – the political room, that is!! Just think of the depths to which our politics have sunk in the last couple of years. And your Eyewitness isn’t even talking about rigging and other such hijinks – that’s been going on so long now that it’s pretty much as “Guyanese” as pepperpot!! We’re not going to get rid of pepperpot just because it burns some people’s mouths, are we??

Anyhow, with senior politicians refusing to shake hands; refusing to call the President “President” (while accepting that they’re the “Opposition Leader” via the same elections!); making demands that everyone knows are unconstitutional; creating mayhem in the hallowed halls of Parliament etc, etc (there’s a lot of etcs!!) somebody had to grab these fellas by the scruffs of their necks and talk some sense into them!!

After all, while all this gamesmanship is playing out to the galleries, it shouldn’t have surprised anyone that our societal institutions are unravelling; and unless something’s done, we’ll soon be imploding into a black hole!! Maybe like what happened in the 1960s!Anyhow, in handing down her judgement on two cases brought before her on the appointment of some constitutional commissions in general, and the appointment of the COP in particular, the Madam Chief Justice (ag) stood up! She tongue-lashed the political leaders for the “confrontational tone” that’s become their default mode of communicating with each other!!

She reminded the political leaders that the Constitution, which governs all state issues, mandated a “consultative process”, with the stress on the word “consultative” – which doesn’t connote hurling barbs at each other!! In fact, because of previous lapses, the term has now been refined as “meaningful consultation” – for which the parameters had been spelled out!! She also pointed out that they gotta stick to the issues before them, and not get bogged down by “irrelevant matters”. And the relevant issues, of course, are those that redound to the better welfare of our dear land of Guyana!!

The CJ didn’t even mention fancy terms like “judicialization of politics”, for which the political elites had been accused by some academics! That’s for throwing matters to the courts that they could resolve themselves only – if they acted maturely and not go off on detours and frolics!!

Now, this upbraiding should disabuse anyone of the notion that the “Acting” before her name has, in any way, shape or form, made her diffident in performing her role – and then some!!Your Eyewitness only hopes the politicians understand that the Judiciary has had it with their infantile behaviour, after being taken behind the woodshed and given this spanking!!Let’s see if they’ve learnt their lesson!!

It couldn’t have surprised anyone – that Trotman’s dropping out of Parliament, could it? That’s Raphael, not Desmond – in case you’d forgotten him after his prolonged absence from the news!! He says it’s because he’s ill and he wants to foster “parliament rotation and space for new leadership in the AFC”! If you believe that, then your Eyewitness has a bridge across the Essequibo River to sell you!! 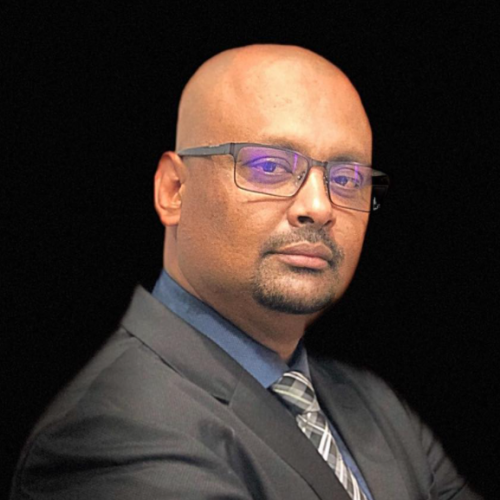 Trotman’s a fella whose hero is Burnham. And by the time Burnham was TWELVE, he’d already written out a list of six positions he wanted to be when he grew up. Among them was to be PM of BG and the WI Federation!! Trotman had even bigger ambitions, and it’ll take more than some illness to derail them!! Your Eyewitness’s surmise is the stepping aside has to do with the Exxon giveaway. A LOT!! Enough to make all those ambitions of “pelf and power” fade into insignificance!!Are we going to have that investigation suggested by Global Witness?

The Ogle Airport PR shill announced that the Skyvan that took President Ali and Bajan PM Mia Mottley to Brazil and back skidded off the runway. Mottley swears there was no skid.Mama mia!! Wasn’t Mottley told??