Well…well…well. Who woulda thought that a bunch of statistics could make so many of our political types jump up and down like fowl-cocks in heat?!? They’ve NEVER been moved by numbers – unless there’s a dollar sign slapped in front of them!!! But these statistics were from a survey (LAPOP) done by an American University (Vanderbilt) that’s been churning them out for years – to inform folks about “the pulse” of Latin America and the Caribbean. The mavens that run LAPOP says it provides a “Barometer” for the Americas.

A barometer, your Eyewitness knows, measures pressure so that gives us a clue that maybe the polls are meant to alert its principals as to when things might just blow up in a country or a region?? Since its funded by USAID, one can safely hazard a guess that it might be to keep those cloak and dagger types at Langley abreast of what’s going down in our neck of the woods!! Unlike us natives, they don’t go on just gossip – like what’s coming out in the accusations following the “Case of the Execution on Main Street!”

The thing about these polls though, is you can design the questions to tell you just what you want to hear – and the respondents can also tell you just what they figure you want to hear. So the bottom line is we gotta take them with a pinch of salt!! So what is it that got our local chatterati all a twitter and – for some politicians – their drawers all in a knot!??! Well, it was the “finding” that claimed that the vast majority of Guyanese don’t really give a hoot about elections – they just want come bread and to have it buttered, thank you!!

That’s right…they don’t just not care whether elections are rigged or not but also don’t care whether elections are held our not!! This, of course, puts the Opposition in a fix – to put it mildly!! Their entire strategy after the March 2 elections was to kvetch that the West and the Rest conspired to remove them from office! And that the PPP rigged the elections to provide reasonable grounds for that conspiracy!! So if that angle doesn’t matter to – even to most of their supporters – the question is where are they gonna find bread to hand out??

The PPP, of course, has their paws on the nation’s purse strings and they’ve been handing out not only buttered bread, but cheese on the side!! So with all of your Eyewitness scepticism about polls, what unfolded at Mocha with Pres Ali and “traditional” PNC supporters, does give LAPOP some cred!!But since our democracy needs an Opposition, what’s the PNC to do??

Who says silver linings don’t show up behind dark clouds?? With all the weeping and wailing and queueing to pass by QE II’s casket, her passing has stirred a very much-needed discussion across the ex-colonial world about the lingering effects of that experience. Much ground has been covered and your Eyewitness is very proud of the reactions by Africans across the continent!! It’s very clear that most Guyanese are still in thrall with the hegemony that was imposed by the Crown and it’s tentacles – like schools and Church. 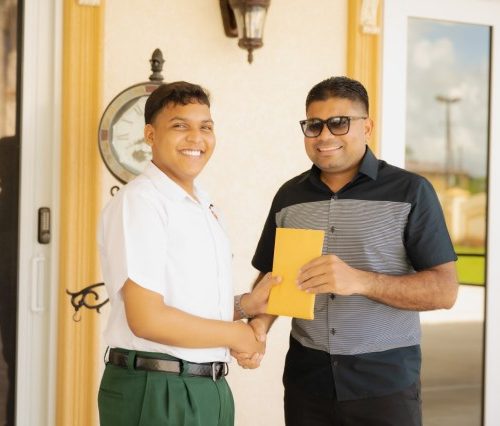 But there are also some hopeful signs that the discussion in Britain about whether a Monarch is still necessary in this 21st century and beyond is reviving. QEII’s passing fell at a time when Britain’s economy is on the fritz and inflation’s making millions into precariats. Surely something has to give when folks can’t get decent lodgings and Charles III will have six palaces and a STIPEND of US$99 million!!Not what happened to Charles I but…

More than anything else, it was hunting by the British overlords of India and their local Maharajah flunkeys, that cheetahs became extinct in India in 1952 – when Elizabeth was crowned. This year, PM Modi brought some back – from Africa.