Your Eyewitness had to smile when he saw a factoid circulating after the passing of Queen Elizabeth II: it was an atlas that answered the question, “What’s the most widely celebrated holiday?” And the answer was “Independence Day”!! There were so many European colonies that had to be freed!! The British, of course, led the lot with at least the 54 that are in the Commonwealth today.

Nowadays the ex-colonised are slowly taking charge of the imperial-imposed and influenced narratives. In India PM Modi just unveiled a 28-foot statue of Subash Chandra Bose carved out of a single piece of black granite. And who’s Subash Chandra Bose?? Funny you asked!! Subash or “Netaji” – leader – as he was called, was one of the foremost freedom fighters in India – but disagreed vehemently with Gandhi’s satyagraha – non-violent method to achieve independence. You can glean his position from a few of his quotes:

“Freedom is not given, it is taken”; “Life loses half its interest if there is no struggle — if there are no risks to be taken”; “It is blood alone that can pay the price of freedom. Give me blood and I will give you freedom”!! So how come we know about Gandhi and not Bose? Part of the answer is simply because the Colonial Brits loved Gandhi – since they were assured no harm would come to them!! And the second part is that since Subash was killed in an accident in 1945 – after he’d raised the Indian National Army to invade India with the Japanese – Gandhi and Nehru, who supported the Brits in the war, were “granted” independence in 1947 and went on to blank Subash’ contributions!! Subash’s philosophy was simple: the enemy of my enemy is my friend!!

But there’s still a lot of other colonial history that needs to be rectified. Over in South Africa, there was a young medical doctor by the name of Steve Biko who launched the “Black Consciousness” movement in the late 1960s when he was just in his early 20s. The leaders of the ANC and the PAC were mostly in jail or exiled when the young leader launched his movement in the University based on the ideas of Franz Fanon, the US Black Power Movement and Marcus Garvey. Fanon’s focus on the psychological damage of colonialism reverberated with Biko in apartheid South Africa. In a nutshell, his message amplified and operationalised Marcus Garvey’s: “Emancipate yourselves from mental slavery, none but ourselves can free our minds!”

It helped precipitate the Soweto uprising of 1976, when some 20,000 secondary school students marched through the township. He was killed by SA Police on Sept 12, 1977 – he was just 30.But sadly, the ANC has blanked his memory.

With sugar fading in Guyana, it’s already difficult for the young’uns to imagine when EVERYTHING that went on in this country revolved around sugar. Plain and simple – what was good for the sugar industry was good for sugar!! And the sugar barons were so avaricious that they not only left us “underdeveloped” – but dominate even the fledgling “light industries”. The largest sugar company, Bookers dominated shipping, shopping, pharmaceuticals and even the taxi business!! No wonder local wags insisted that BG meant “Bookers Guyana”. 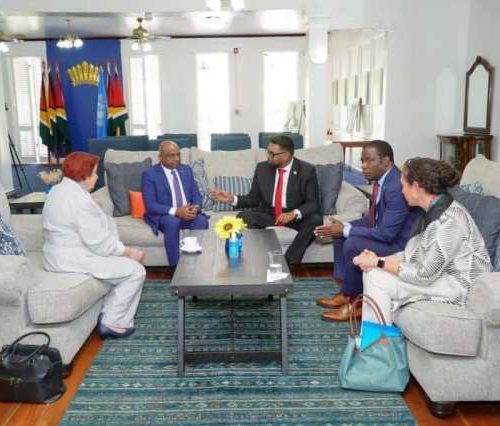 But throughout our history, our people resisted their oppression. We all know about the famous slave rebellions going back to Cuffy’s in 1763 that led to Emancipation in 1838. But the Indentureds who were brought to replace them also rebelled– and were shot in cold blood by the colonial Police. This started in 1872 over in Essequibo and continued in Demerara in 1896, 1903, Berbice 1913; Demerara 1924, 1939 and 1948.Out of these last strikes came the PPP – and Independence!!

Apart from Pres Ali, looks like most folks have forgotten that this is Amerindian Heritage Month. Have we been integrating aspects of their culture into our Guyanese mosaic – apart from pepperpot??Respect for Mother Nature??