EYEWITNESS: Moving on… with Brazil

Well, big bad Bolsonaro came and went, and the skies didn’t fall. As your Eyewitness had commented earlier last week, if that bunch of nattering nabobs of negativity – who’d condemned his earlier scheduled visit in January – were to be believed, there might’ve even been a strong whiff of sulphur left in his wake!! Well, even if there was anything to their hysteria, he’s now back in Brazil, shovelling coal to stoke the fires!!

Bolsonaro followed up with what his predecessors – going back to the seventies – has raised again and again ad nauseum: greater connectivity, and giving them a port on the Atlantic which they can use to get their products to the States. Your Eyewitness doesn’t get too excited by that anymore. There’ve been too many deadlines made and never kept – even though it would benefit them more than us. He wonders if Brazilians have doubts that we might lock them out and blackmail them down the road. There’s gotta be SOME reason – because their foot-dragging just doesn’t make sense.

With elections coming up in Brazil this Oct 2 (first round), polls show the old codger Lula holding a slight lead over Bolsonaro, but this has shrunk to a thin margin. But whether it’s Lula or Bolsonaro, Brazil’s been consistent in its relations with us. If Lula wins, maybe the equation with the US may change because of a new “pink wall” forming in Latin America. But Brazil’s historic leeriness about Venezuelan pretentious on Latin American leadership will remain unchanged. And that’s what’s most important strategically in our relationship with our southern neighbour. To be a counterweight that can react quickly to any Venezuelan incursion.

Your Eyewitness’s ears perked up also when he heard Bolsonaro offering his country’s expertise in cultivating “tropical” wheat. While Brazil’s already a big wheat producer, that was all in its southern temperate zone near Argentina – where wheat thrives. The revelation that the Brazilians’re trying wheat in Roraima state, next to our Rupununi, means that the technology and varieties (cultivars) can be directly transferred to our side of the border. This could accelerate our programme immensely. While not so glamorous as highways, this’ll have as big an impact on our future!!

The agreements on crime, prosecution and seizure of criminally acquired assets are positive developments, since the cross-border cocaine movements can only increase! These collaborations must be increased, since our new oil economy will also see a bump in Brazilian immigration – if only to keep those nightspots supplied with their habitués!!

All in all, it was a short and sweet visit that didn’t strain our resources too much. And your Eyewitness didn’t see any missives (missiles?) from the woke brigade!!
Maybe the knots in their knickers got too tight??

When the PPP successfully passed its no-confidence motion back in December 2018, it unleashed such a tsunami of political activity and activism for the next two years that the Opposition seems to’ve become burnt out!! Old people always used to say it’s always harder to achieve anything when you’re lying. You waste so much energy thinking about what you’d lied about!! Well, maybe rigging takes even more energy to cover up, and that explains the PNC’s disappearance from the political scene!

But in the meantime, aren’t they getting worried about the activism of the PPP machine – led by a seemingly indefatigable President Ali? Not a day passes without one or more projects being launched at random. Criss- crossing the entire country and getting into all communities, including traditional PNC ones. As your Eyewitness has been stressing, a resilient democracy needs a solid Opposition. So, he’s reporting here and now that the PNC’s officially “Absent Without Leave” – AWOL. 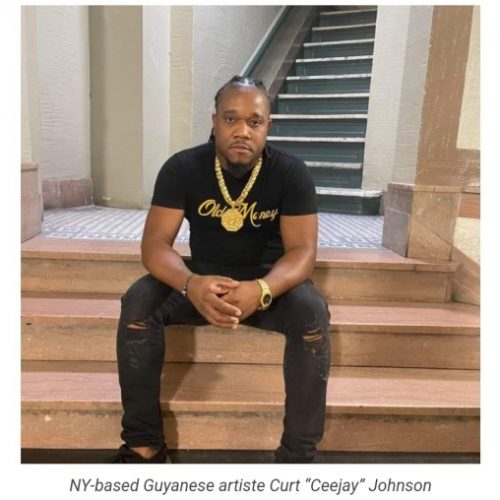 Anyone reporting their location will get a reward!!

…with the European war

Tomorrow Russia’s gonna mark its victory over Nazi Germany during WWII. Last week, your Eyewitness was surprised when he saw a Nazi swastika flaunted by Ukrainians supporting the Azov holdout battalion in Mariupol.