As you, dear readers, would know, the moment Granger folded after his foolish attempt to rig the 2020 elections, your Eyewitness has been exhorting the Opposition to utilise all the institutions already in place to bring pressure on the PPP Govt – with an eye on 2025, of course, when they’ll be able to point to a string of initiatives they’d recommended to the PPP; which, they’d emphasise on the hustings, if implemented, would’ve taken the country so much further on the road to prosperity!! Isn’t that how democracy operates??

Well, not so, according to Opposition Leader Aubrey Norton!! The man who’d be President seems paralysed in the conundrum posed by Hamlet, “To be or not to be…that is the question”!!

Responding to your Eyewitness’s suggestions about utilising the Sectoral and other Parliamentary Committees – channelled by the avuncular former Speaker of the House, Harrynarine Ramkarran – Norton said tersely: “Mr Ramkarran’s contention that it should be dealt with at the level of the Parliamentary Committees misses that…these issues can [indeed] be raised [but] there’s no mechanism for action. What we need is action on some critical matters.”

Now, can you believe this is coming from a man who’s been in politics for more than four decades, and had risen to be General Secretary of the PNC over two decades ago?? Is this how he sees a democracy operating? Your Eyewitness remembers Norton (respectfully) for being one of the “young lions” who agitated within the PNC for shared governance as a mechanism to deal with our seemingly intractable political logjam. Out-of-the-box thinking! They were so persuasive that they even convinced Desmond Hoyte of their thinking. Who said you can’t teach an old dog new tricks? Norton and company did!!

But he’d know that Hoyte’s strategy for “shared governance” – in which he played an enthusiastic role – did result in Constitutional changes! And these introduced the very Committees which he’s now dismissing!! So, if Norton needs a reminder: in a democracy, the Opposition doesn’t EXECUTE policy – that’s the Government’s job!! And it’s why THEY’RE called the EXECUTIVE!!! The Opposition are supposed to utilise the floor of the House as well as these committees to propose their policies, so that the ELECTORATE can compare and contrast.

Norton’s challenge might be that he’s responding to the “wild men” on social media, who want to rule from outside democratic structures. They haven’t learned anything from the failure of that route after 2002. As occurred in 2015, the PNC now has an opportunity, because of demographic changes, to DEMOCRATICALLY take the reins of Government. Which is what the global community’s gonna insist on.

Norton would be well advised to remember that forewarned is forearmed!!

After then Pres Granger had addressed the Caribbean Council’s Annual Reception at the House of Lords back in 2017, and visited the Queen, he curtsied so low he seemed to be imitating Charles 1 about to be beheaded by Cromwell!! Well, this year it was Pres Ali’s turn to visit Old Blighty (or perfidious Albion, if you will!!) and he took the road not taken by Granger. He reminded his hosts there needs to be a “meaningful” apology (and reparations) from Britain for their role in the slave trade and slavery!! 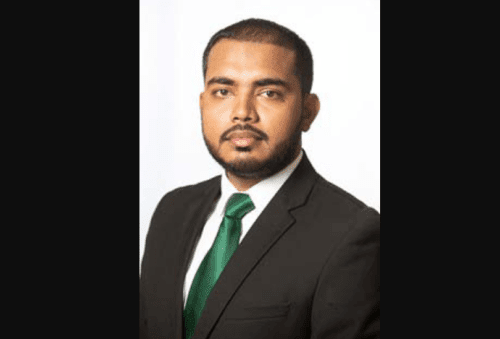 Imagine that!! Pres Ali cut to the quick to point out that immense wealth from that “peculiar institution” had flowed to Britain. In addition to the “meaningful apology” for their reprehensible actions, he identified Caricom’s Reparations Committee – which has crafted a list of demands. But from a moral standpoint, they must begin with an apology that would acknowledge the wrongs done to enslaved Africans.

And which, as Pres Ali noted, continues into the present.

Volda Lawrence was brought back for her “financial” background. However, when she said that the NIS had “Gy$2.5 billion in ordinary shares of the Berbice Bridge”, it showed she’s fuzzy on math, and can’t tell the difference between Common and Preferred shares!!