Ever since the 13 colonies on the American eastern seaboard decided to poke the British Monarch – at that time the “mad” George III – in the eye and declare themselves independent, they set themselves up as a beacon of freedom against tyrannical rule. But even though the British had as many colonies in the West Indies, THEY looked at the move with horror, since the tiny minority White ruling planters here needed the Crown to protect them from the wrath of the Africans they’d enslaved and were working to death. It would take more than 180 years for those slaves’ descendants – who’d been freed in the meantime – to demand the same freedom those “Americans” had enjoyed since 1776!!And we looked at the US as the “City on the Hill” we hoped to become. Sadly, we were derided as “Third World”, compared to that “First World” city, and one recent President – Trump – even referred to us as “shithole countries”!! That was undoubtedly their majority opinion, but it took Trump – whose mouth, as we say in the local vernacular, “doesn’t have licence” – to say it out aloud!! But if we’re honest, most of us hold that same view of our countries. We declare it “performatively” when we stand in the sun for hours to get that American visa. Or make our way to the Bahamas or the Rio Grande in Mexico to be smuggled over to the “City on the Hill”!!

But the selfsame President Trump has demonstrated that “what goes around comes around”, and “nothing lasts forever” – especially when it comes to “great powers” and their place in the world. Wasn’t Egypt a top dog once?? Or Greece? Or Rome?? Or even Britain, on “whose empire the sun never set”?? There is, history has shown, the ephemeral nature of political power!! The Brits’ own Shelley had written ironically about a massive fallen and broken statue in the sand, “And on the pedestal, these words appear: My name is Ozymandias, King of Kings; Look on my Works, ye Mighty, and despair!”

But there’s another saying to the effect that “those whom the gods would destroy they first make mad”. It would seem that as the US begins its inevitable decline into “Third Worldism”, the indignity is personified in its upper echelons as madness. And so, today, we see the house of that mighty ruler of the US being raided to recover “top secret” documents that he took with him after he was voted out of office. Why would he take these documents?? Some say it was to sell to the Russians?? Others to protect his previous transgressions against the “deep state”?

Ah…how the mighty has fallen!! And this is said with NO schadenfreude!!

Far be it for your Eyewitness to claim that there aren’t many paragons of virtue in our local politics!! Any politics?? Anywhere?? But one development in our dear mudland politics (mud??) made him smile in admiration: the claim by the PNC that the PPP rigged the last elections!! Now, that takes some brass balls, and that must be acknowledged!! Here’s a political party – the PNC – that’s studied in post-graduate schools when the subject is “elections rigging” – and the PPP beat them at their own game??!! While they were out of Government?? 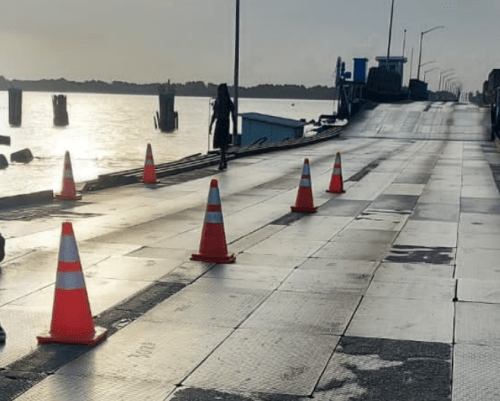 If it took the hijinks of two thieves to make God laugh, then this claim should trigger some gales of laughter from beyond the clouds!! So, in 2011, with the PPP holding the reins of office, they didn’t rig to prevent the Opposition controlling the National Assembly? And even forewarned, also didn’t rig to prevent being thrown out in 2015!?! Yet pulled it off by remote control in 2020??With all these crises, we do need a good laugh!!

It’s known politicians will sink to any depth to get back into power. But to arrange to have one-third of their country to be under water??You don’t know Imran’s Pakistan ally China is a “rainmaker”??