Yes…yes…yes! Your Eyewitness had also been wondering when we’d be getting the long-promised CoI into the barefaced actions by operatives of the GECOM Secretariat – working in cahoots with their PNC conspirators on the outside – who threw our 2020 elections into a loop that took five months to deliver a result!! A world record that – like the Jonestown suicide number – placed a blot on our country’s already sullied name. Well, the names were announced by our President just as he flew off to the Commonwealth Heads of Government meeting in Rwanda.

The latter two gentlemen are thoroughly au fait not only with elections per se, but elections in Guyana!! They were here throughout the 2020 elections and its five-month dénouement, advising the Chairwoman of GECOM during her travails!! They would’ve already witnessed all the labyrinthine twists and turns that took place here between March 2 and Aug 2, 2020. Who better to advise the Commissioners about the context of what went down, and what will be going down when they come down!??!

But by the time they do come down, your Eyewitness is predicting the Opposition’s gonna be throwing all sorts of red herrings (and dead meat!!) across the trail of Mingogate to throw them off scent!! First off the bat, they’ll be questioning the suitability of the members of the Commission. They’ll insist they don’t understand OUR social realities – like one PNC Commissioner had told Mia Mottley!! Well, excuse me!! The Trini Justice fella lives in an identical society, but never mind!! And Ghana and India are even more ethnically complex than Guyana!!

The Opposition will also be objecting to the President appointing the Commission and giving them their “terms of reference” – never mind they haven’t even seen the ToR!! Obviously, under the Granger Principle of Appointment they follow, Norton should’ve selected the Commissioners and composed the ToR!!! The biggest uproar, of course, will be over former Chancellor Carl Singh: that they didn’t agree to his confirmation tells it all about how the PNC sees HIM!!

Nothing less than picking four candidates from the PNC list at the 2020 elections would’ve satisfied them!!

Remember “BRICS” – the serendipitous acronym that stood for Brazil, Russia, India, China and South Africa?? The “emerging economies” that were going to introduce a whole new world order – away from the western-centric model that ruled the roost for the last 500 years?? Well, after making a big splash and launching their own development bank and stuff…they seem to’ve dropped off the radar. In fact, they’re meeting even as your Eyewitness writes – but since it’s done virtually, no one’s the wiser!! So, what happened??

Ambition and self-interest, that’s what!! These have been the driving forces in international relations even before there were international relations!! So, you had China jostling with India over their borders, and even blood being spilled up in the Himalayas!! Russia insisted they weren’t getting any respect from China – which used to be their junior partner back in the day!! South Africa and Brazil were always the junior partners. 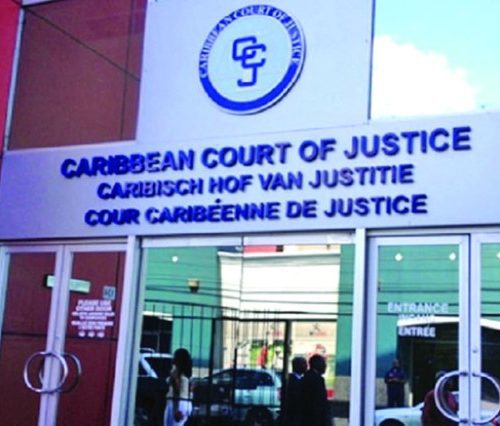 So, today, Ukraine’s gotta be on the agenda –with China and Russia elbowing India to be more assertive!!

…a (Chinese) conflict of interest?

Opposition Leader Norton has demanded VP Jagdeo resign for discussing investments outside his portfolio with a Chinese “businessman”.

He did the same when Min of State Harmon was jetting around in China with Chinese logging companies?