It’s a well-worn trope in literature to point out that while some in the world are laughing, others are crying. We live in a world of opposites and contradictions!! And right now, we in Guyana, who’ve been inundated with floods for over a year – with no end seemingly in sight!! – will find it hard to appreciate that half of the world’s been hit by drought during that same period!! And this is no ordinary drought we’re talking about!!

Rivers that have been flowing for thousands of years have suddenly actually DRIED up!! So, we have the great Yangtze River in China – the third longest in the entire world, and the centre of some of the earliest civilisations on earth – drying up to such an extent that a submerged island has been revealed with three Buddhist statues, believed to be 600 years old!! The Yangtze is called the “Yellow River” because of the amount of yellow silt it brings down and deposits on the plains to create one of the most fertile deltas in the world!! So, with the Yellow River down to its bottom, you can imagine what that’s done to food supplies in China. Dried up??

But if we’d been following the news, we’d know that the same situation has hit parts of Europe that had NEVER KNOWN DROUGHT!! The River Loire in France is now completely dry?? And the Danube’s so shrunken that dozens of sunken German warships from WWII are now exposed?? And let’s not even talk about the forest fires sweeping Europe – you’d think Germany, France and Britain were in California!! And moving to the US, how about the great Colorado River that carved out all those canyons drying up?? You’re talking about millions of acres of land that were irrigated from its waters now dry as a bone!!

Now, if you detect a note of schadenfreude in your Eyewitness’s prose, it means you’ve got his drift. Right now, East Africa’s experiencing a severe drought that’s been going on for years. Haven’t we seen enough of those starving children and cattle dying with their ribs touching their backs?? Right now, in Tigray province of Ethiopia, hundreds of thousands are starving as war rages on. Have these countries up north ever taken notice long enough to do something about the crisis, other than shipping in some grains – but with more guns to warlords??

And we all know – or should know – that these droughts and floods are all symptoms of “climate change”, don’t we?? So, now that the ones who caused this disaster are feeling the heat – pun intended! – your Eyewitness hopes it’s focusing their minds to throw their weight and funds to address the problem!!In the meantime, your Eyewitness says, “Burn baby!! Burn!!”

…prejudiceGetting back to the theme that life in Guyana’s becoming increasingly like a Hollywood “B” Movie, it appears that taking care with folks “with extreme prejudice” is becoming commonplace. In military and other covert operations, “terminate with extreme prejudice” is a euphemism for aggressive execution. Like when Obama ordered, “Osama bin Laden be terminated with extreme prejudice”. Get it?? Believe it or not, while it originated in movies like “Apocalypse Now”, the expression “termination with prejudice” was part of employment contracts!! In a military intelligence context, it’s generally understood as an order to assassinate. 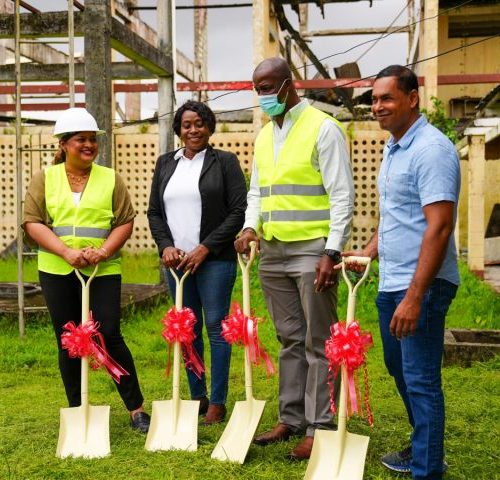 So, here in our dear mudland, are we to believe Sgt Bascom – who’s been singing like a canary about the nexus of business and crime – when he insists his life’s in danger?? Now, being a sucker for the aforementioned B movies, your Eyewitness is convinced the man’s fears are justified, and he should immediately be placed in a witness protection plan.You know, with a new name, identity, and home in, say, the Pakaraimas?? But that’s where they dig the gold??

…verificationYour Eyewitness was pleased to learn that after all the loose accusations, in 2021, IPADA-G conducted a $4.9 million flood-relief survey of 3,868 persons to check if there were “disparities” in the distribution.Well???