It’s a good thing President Ali’s a citizen of Guyana…with the amount of time he’s been spending abroad to either defend or sell Guyana, he might be risking his residence status!! But hold it!! Unlike the Yanks, we don’t have Residence Status, where a Green Card gives us probationary citizenship, do we?? Maybe we should initiate something like that though…after the President had to defend our Local Content Secretariat’s refusal to certify Ramps Logistics on his visit to Trinidad to participate in their Agri-Investment Forum.

Now, this takes a lot of chutzpah, doesn’t it?? Imagine this Trini Company snags the bulk of the logistics contracts from Big Oil by claiming they’d complied with our local content law. And has the brass balls to go to the media to complain that they’re being given a run around that they don’t qualify, since they don’t have the requisite percentage of ownership in Guyanese citizens’ hands. Then they’re forced to concede that he thought he was clever to’ve placed 51% of the shares of his local company with a “Guyanese” who’s merely born of a Guyanese parent but has never lived in Guyana – or has any intention of doing so!!Now, who did he think he’s fooling?? Maybe that’s why we should now formally impose that residency requirement!! But you know what?? Like the typical Trini, they figure we’re just a bunch of hicks – like the Guyanese who flooded Trinidad when Burnham had wrecked our country and we had to escape by any means necessary!! Well, this time nah lang time!! And we won’t be insulted anymore by the likes of Kamla, who asked snarkily at a Caricom meeting if the rest of the territories thought Trinidad was an “ATM machine”!!

But what made matters weirder was that – as Pres Ali informed his inquisitors – most of the foreign investors raking in business from our fledgling oil industry are Trinis!! And THEY still haven’t removed all the barriers in their laws that prevent Guyanese from shipping our goods to their country!! Take, for instance, pharmaceuticals: They have hundreds of rules that discriminate against our products, not the least being their customs inspectors being in cahoots with Trini pharma companies. And so on and so forth!!

Rowley now says all those barriers are being removed. But your Eyewitness doesn’t trust those Trinis farther than he can throw them. And have you seen those Trinis?? They’re not Number 3 in the World Obesity Rankings for nothing!! Can’t even throw them an inch!! So, at their Agri-Investment Forum, your Eyewitness hopes we don’t give away our land. They have oodles of that factor of production after shutting down sugar!!

And President Ali should count his fingers after shaking hands!!

Now that we’re exploiting our 11 billion barrels of oil (and counting) – even with what might concededly be “crumbs” – when those crumbs are US greenbacks, they’ll soon add up into a pretty windfall for a nation of just 750,000!! Not too fine a division, eh?? And that’s why we gotta watch who – and how many – we let in!! Cause before you know it, we might end up with more Spanish-speaking than English-speaking citizens!! Notice the 2000+ Spanish-speaking kids in our schools?? And trust your Eyewitness – that’s not the half of it!!

We gotta have that immigration policy. For instance, do we really need folks from China and Trinidad to open up supermarkets across the country?? Is this a skill we lack?? So, in addition to that Residency Programme – that’ll give us the wherewithal to ensure we’re not being snookered – we should now establish criteria as to what kind of skills we’ll admit. 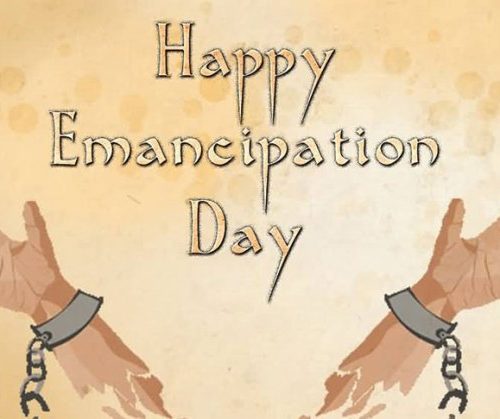 Back in March, we submitted our Memorial on the Venezuelan border controversy to the International Court of Justice in The Hague. Do we have a contingency plan when that madman in Caracas refuses the judgement in our favour??