What was it that old Imperialist, genocidal warmonger Churchill – responsible for 10 million deaths in 1943 Bengal when he shipped all their grain to Britain!! – said about democracy?? “Many forms of Government have been tried, and will be tried in this world of sin and woe. No one pretends that democracy is perfect or all-wise. Indeed it has been said that democracy is the worst form of Government except for all those other forms that have been tried from time to time.…” Now whether he was a hypocrite or not – democracy’s certainly triumphed in today’s world to give Governments legitimacy! Even that fat fella in North Korea claims he’s a democrat!!

The UN – of course! – has a day for Democracy!! This ‘Intl Day of Democracy’ was commemorated on Thursday as you know. Surely you didn’t miss all those fulsome full-page ads taken out by the Government – and the kvetching by the Opposition!! That’s the essence of democracy – the party that gets into Government swears that everything is hunky dory and the party that lost says the Government’s full of doo-doo!! We saw the present Opposition big up themselves between 2015-2020 while the PPP cussed them out something fierce, didn’t we?. This means we have a “functioning” democracy!!

But the ABCE Ambassadors also weighed in on democracy in general – which everyone knows is “diplomatese” for what they want democracy in GUYANA to be!! As we all know back in March 2020, they had shown through their ACTIONS that democracy didn’t mean futzing with the counting of the votes of the citizenry. The PNC, however, knew that the same diplomats – and the countries they represented – had looked discreetly away when they actually DID AWAY with the count altogether back in the day!! So they tried a “ting”!! But seems the ABCE has moved on when they took a hard line against rigging. THAT wasn’t democratic no mo!!

Announcing their present understanding of democracy, they said in a joint statement: “…we?resolve to support the people of Guyana to continue building a democratic system that is strong, resilient, and guarantees all Guyanese have a voice and role to play as the country moves forward at this unique time in its history.” Now, since diplomatic language is a form of ‘speaking in tongues”, what does this REALLY mean?? Your Eyewitness is happy to deconstruct the statement!! The key word is “continue” – the ABCE will “continue building a democratic system” – that is, they’ll continue with what they did between March and August in Guyana to maintain democracy here!!

Meaning that the Opposition should quit trying to overturn 2020 – and get on with preparing for 2025!! Democracy ain’t perfect…but it’s still the best of what’s around!!

Well, the other foot just dropped on the CoI into what went down in our last elections – the terms of reference are now out. And we’re told that the goodly gentlemen – Judges all but none female – will be honing in on the goings on in District (Reg) 4. Meaning, mainly in the Ashmins Building but not forgetting the case of the Soiled Bedsheet under the shed next to the GECOM HQ!! Enquiring minds want to know how that sheet got soiled!! Mingo’s name was “called” in the terms of reference!!

The CoI’s report is supposed to be out in “seven months” – meaning March 2023 – the anniversary of the electoral SNAFU!! Coincidence?? Now some of you might be saying that the election’s petition might be heard by then. And this just means that some of you, Dear Readers, are incurable optimists!! Don’t forget that the 1997 elections’ petition took 4 years and the 2015 one was never heard!! 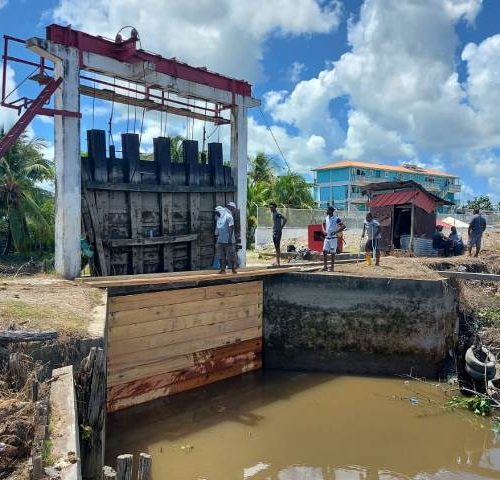 Maybe we’ll have a snap election then?

Word’s out the US is becoming a developing country. Re the UN Sustainable Development Index, it dropped to 41 from 32nd. The Economist’s democracy index now lumps it among “flawed democracies” – with Haiti’s Gini index on inequality!!