Your Eyewitness – like most of you, dear readers – couldn’t help noticing the fervent calls for the present “Arrival Day” public holiday on May 5 to be changed to “Indian Arrival Day”. This has now become an annual ritual – as much as the commemorative events that long predated the approval of the holiday in 2004! But even though the calls are coming from its core constituency, the PPP has steadfastly held on to the decision it made back then!

It was anomalous then, and it remains anomalous now. In the explanatory note to the Bill, the then PPP Govt acknowledged there’d been calls from the INDIAN community for over 4 decades for INDIAN Arrival Day to be a holiday. It also justified its Bill by noting the contributions of the Indian Guyanese to the development of Guyana. Yet, there it was – the Procrustean clause that restricted the work of the Parliamentary Committee it established – to “Arrival Day”!! Which lumps the arrival day of all the other groups of Guyanese who came here as indentured servants – notably, the Portuguese and Chinese!! Not to mention the freed, formerly-enslaved West Indians and “liberated” Africans from West Africa!

Now why would it do this?? Not only does it diss the Indian Guyanese for not recognising their special date of arrival – but it implicitly insults the other groups!! They’re being told their arrival dates must be subsumed within the arrival date of another group!! One reason for this strange decision could possibly be that, in 2003-2004, when the Committee was established and took submissions from the public, the country was embroiled in a virtual civil war, launched by the five escaped convicts. They insisted the PPP was oppressing African Guyanese in favour of Indian Guyanese, and they were African Freedom Fighters!! Not a good time to seemingly be pandering to Indian Guyanese??!!

Yet there were these calls from its constituency!!! What to do?? Well, they did what they obviously thought was best!! But, 18 years later, has their decision – if that was the reason – addressed concerns about their “favouritism”?? Not from where your Eyewitness sits!! And, most ironically, it was the PNC, after it came into office in 2015, that suggested the way to go. Granger passed executive orders for Portuguese Arrival Day (June 3) and Chinese Arrival Day (Jan 12) to be recognized, but not as public holidays. And observed “Indian Arrival Day”!! The only thing he didn’t do was pass legislation – which he could’ve done – to change the name of the holiday to “Indian Arrival Day”!

So, your Eyewitness humbly adds his voice for the holiday’s name to be changed!! What’s the downside risk politically when the PNC’s signalled it’s for the change??

For “World Press Freedom Day”, the Govt collaborated with the Guyana Press Association to organise an event at the Convention Center. All the media houses displayed their “wares”, and the President delivered the feature address. With the global theme being, “Journalism Under Digital Siege”, obviously UNESCO’s concern was the threat from the now infamous Israeli-made “Pegasus Spyware”.

It’s supposed to be sold only to Governments, cause it’s so sophisticated that, in some instances, you don’t even have to click to allow it into your IOS or Android devices. There, it works on its own to collect everything you may want to keep private – like passwords, contacts and private texts, and send it to the controller!! Scary, ain’t it?? And there have been numerous instances of countries caught using it!! 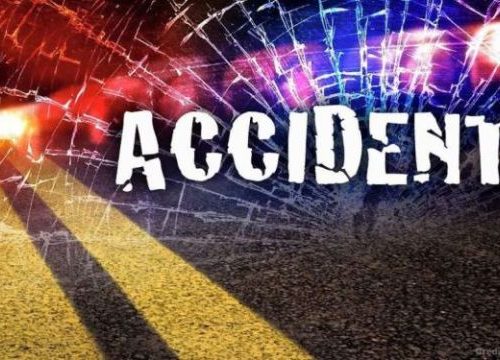 However, the local media honed in on our local Cyber Crime legislation – which is completely a horse of another colour (pun intended!! Pegasus?!)
However, President Ali stuck to the subject, and assured that his Govt isn’t into spyware of any stripe!!

But the GPA’s query is relevant to our local reality. The President pointed out that it was the PNC that passed it over their objections on specific clauses.
The AG’s already signalled they’ll be amending it! So there!