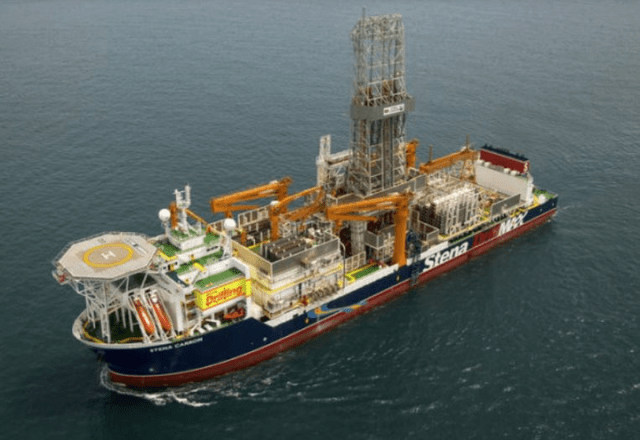 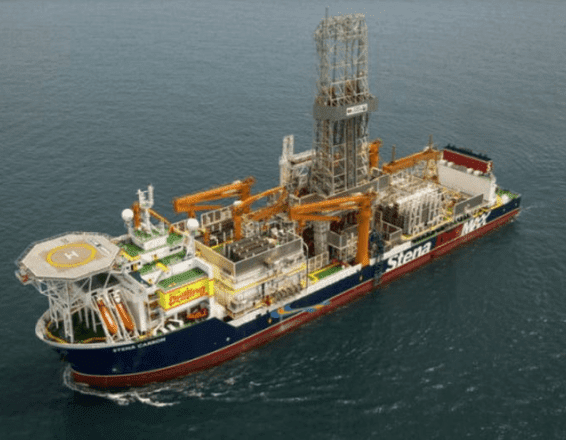 Oil giant ExxonMobil has come up dry on the Sapote-1 well in the Canje Block offshore Guyana, a situation that reports suggest resulted in falling shares at Westmount Energy, one of the indirect stakeholders in the block.

According to Westmount in a statement, the Sapote-1 well which was spudded back in August, was drilled in 2549 metres of water by the Stena DrillMAX drillship, to a total depth of 6758 metres.

Eco Atlantic, also an indirect partner in the block through its 6.4 per cent interest in JHI Associates, said the Sapote-1 well recorded hydrocarbon shows while drilling, and in the logging sequence, in a deeper interval than anticipated, but had no shows in the upper primary objective horizon.

“With sidewall coring and wireline logging complete, ExxonMobil will now work to define the reservoir properties, including porosity and permeability, and the cored samples will be analysed for hydrocarbons,” Eco Atlantic said.

The statement meanwhile quoted Westmount Executive Chairman Gerard Walsh, who noted that the results must be viewed in context to frontier exploration.

“Sapote-1 is the sixth well, offshore Guyana, that Westmount has participated in via our investee companies, since 2019. This portfolio of drilling outcomes has yielded 3 oil discoveries, but no standalone commercial success to date,” said Walsh.

“While this outcome from the Westmount portfolio is below expectations, the results to date provide encouragement and must be viewed in the context of initial ‘large step-out’ wells, in a frontier setting, evaluating giant stratigraphic prospects while seeking to establish the perimeter of the multiple play fairways both to the northeast and southwest of the prolific Stabroek Block.”

Walsh noted that the Canje joint venture group – which comprises Exxon, TotalEnergies, JHI and Mid-Atlantic Oil & Gas Inc – will now move to analyse and integrate the well data obtained in the 2021 drill programme at Canje to high-grade possible future targets on the block. It was also explained that the operator of the block has applied for environmental approval for further drilling.

“In this regard, we note that the operator of the Canje Block, has already submitted, to the Guyanese Environmental Protection Agency (EPA), an application for environmental authorisation with respect to a new 12 well drilling programme on the block from 2022,” he said.

Based on information put out by Westmount Energy, the Canje Block could hold as much as 10 billion barrels of oil in total. ExxonMobil, the operator, had previously drilled the Jabillo-1 well in the Canje Block offshore Guyana almost simultaneously with its other wells.

Govt, Opposition to meet this week on appointment of Public Procurement Commission

The Sapote-1 well was drilled in August of this year. ExxonMobil, the operator, had previously drilled the Jabillo-1 well in the Canje Block offshore Guyana almost simultaneously with its other wells. But in July it was announced that no evidence was found of oil in commercial quantities. As a consequence, it was announced that the well would be plugged and abandoned.

It had been reported in March that Exxon was engaged in drilling the Jabillo-1, using the Stena Carron drill ship, between March 10 and March 27.

The Stena Carron after drilling the Jabillo-1 well and maintenance activities, was scheduled to resume drilling on the Koebi-1 well.

The Jabillo-1 well was the second of three exploration wells Exxon had scheduled for drilling in the Canje Block in 2021. The other two are the Bulletwood-1 well and the Sapote-1 well. Like Jabillo, Bulletwood-1 had also come up dry.