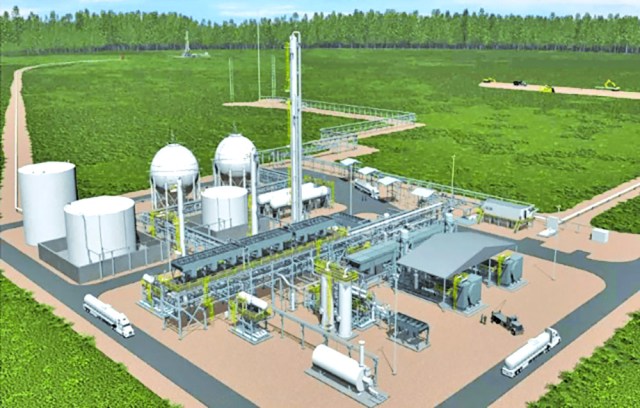 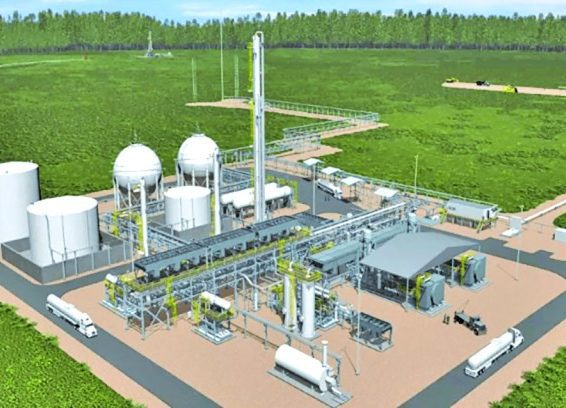 As Guyana moves to establish a gas-to-energy initiative, Esso Exploration and Production Guyana Limited (EEPGL) – commonly referred to as ExxonMobil Guyana, is required to engage stakeholders in an Environmental Impact Assessment (EIA) before the Environmental Protection Agency (EPA) can give its stamp of approval.

A total of 11 public meetings have been arranged for coastal regions. On Wednesday, two were held in Region Six (East Berbice-Corentyne). The application for the gas-to-energy project was submitted in June last year by ExxonMobil, and it was then determined by the EPA that the EIA was required. The gas-to- shore project will see natural gas from offshore Guyana being extracted and transported as liquid gas.

The offshore pipeline will extend from the Estabrook Block and come onshore west of the Demerara River. The natural gas plant will be located along the West Bank of the Demerara River. It is expected it will be constructed over three years, with the pipeline component targeted to be completed by 2024 – 195 kilometres of 12-inch pipe would run from the offshore vessels, with most of the pipeline running directly on the seabed.

The project has an estimated life cycle of at least 25 years. The public consultations on Tuesday were held with fisherfolk and other interested stakeholders at the Number 66 Fisherman Co-op and with other stakeholders at the Rose Hall Primary School.

Through its partner, Environmental Resources Management (ERM), ExxonMobil Guyana says that there will be moderate impacts from plant activity while the rate of risk from planned activity is also moderate. The project is also expected to both negatively and positively impact economic conditions in Guyana. According to ERM consultant Todd Hall, the environmental impacts are twofold. “The impacts might be related to noise, because there will be sound coming from it, but we have modelled that sound and we have determined that only in rare instances will there be sound levels that would affect residents that are close enough to the facility to have a perceived impact of a certain level. There will also be a few more cars on the road; more so during the construction stage because you will have 500 to 800 workers involved,” he pointed out.

Anna Sundby, who leads the social economic team on the project, explained that a wide range of socioeconomic issues were considered and how they might affect persons living close to the project and who might be involved in activity in close proximity to the project area.

“Most of the impacts of the project are going to be related to the construction phase where people who are living near to where the pipelines are being built are going to be disturbed by noise and construction activity. There will be a greater degree of impact for a few people – there are a few households down by the energy plant and the material offloading facility and there will be some people who will need to be relocated,” she explained.

Sundby pointed out that the land those persons were currently occupying was Government-owned land. She said ERM was working with EEPGL, to work with the Government of Guyana on the resettlement process to ensure that it was done to a high standard.
“In terms of benefits, there will be some economic benefits through employment and business opportunities during the construction phase and then fewer jobs but more consistent jobs during the operational phase, ” Sundby highlighted. 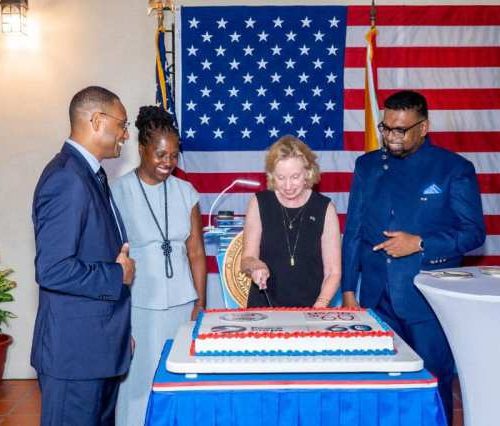 Estimates put the operational workforce at 40-50 persons. According to Hall, efforts are being made to limit the environmental impact during the construction phase.

Similar public engagements are planned for residents of Region Three (Essequibo Islands-West Demerara) and Four (Demerara-Mahaica). On Monday, a similar engagement was held in Region Five (Mahaica-Berbice). On Tuesday, fisher folk expressed concern over the type of pipelines that would be used. There is also concern that the standards met in more developed countries will not be implemented in Guyana.

This is in light of the fact that the EPA in Guyana is not funded like similar agencies in more developed countries. Following Monday’s engagement in Region Five and Tuesday’s engagements in Region Six, some are of the view that the presentations were not tailored for the local audiences.