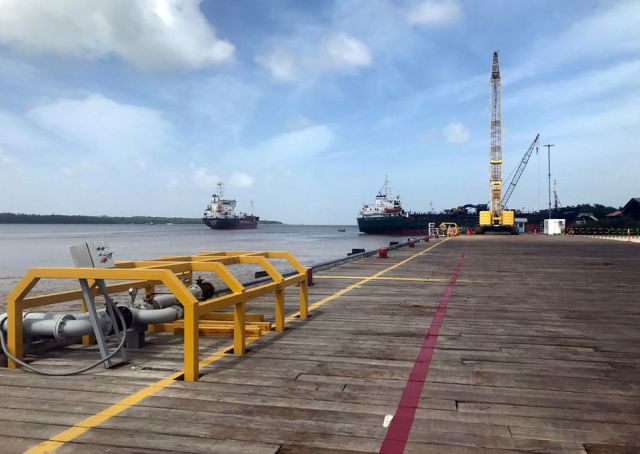 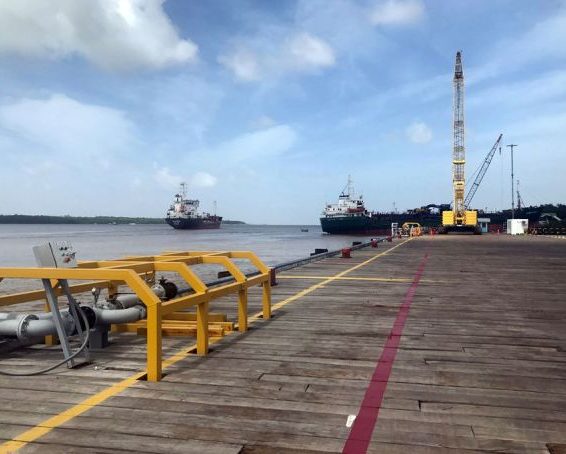 The talks include the potential for some future platform assembly in Guyana, the people said. Guyana hopes to develop an oil industry infrastructure to boost the economy and job growth. Officials are under pressure to show the potential oil bonanza will be shared with its citizens.

The South American country is home to the world’s biggest offshore discoveries in years, with 10 billion barrels of recoverable oil and gas. Guyana kicked off production in 2019 and is rushing to draft oil legislation and establish regulatory bodies for the industry. An Exxon-led consortium is responsible for all output in the country.

“We are hoping that more and more of the components could be fabricated in Guyana,” Jagdeo said this week.

Spokespeople for Exxon and SBM Offshore declined to comment.

Exxon could choose a platform builder within six months, one of the people said. Vessels similar in size to the proposed facility cost around $2.5 billion to $3 billion.

Netherlands-based SBM has been awarded Exxon contracts to build Guyana’s first three floating production storage and offloading (FPSO) vessels, as such units as called. Most of the construction has taken place in Singapore.

The group’s first FPSO produced 124,000 bpd in the third quarter, Hess said. A second floating platform that can produce 220,000 bpd arrived in October, with initial output due early next year. read more

SBM has started building the third vessel in Singapore, with output from it expected in 2024. The fourth vessel is aimed at producing 250,000 bpd starting in 2025, pending government approval and project sanctioning, Hess said.

Starting with the fifth FPSO, Exxon is expected to organize bids and open competition for contractors, welcoming new builders to one of the world’s largest offshore markets, one of the people familiar with the talks said.

In February, Guyana’s Ministry of Natural Resources released the first draft of a local content policy to set standards for using workers and contractors on future projects. A new version of the bill with less ambitious targets is expected to be presented in Parliament in the coming weeks and put to a vote by year-end, according to Americas Market Intelligence (AMI), a consultancy specializing in Latin America.

“I don’t have any doubt it will be approved. The question is the percentage they will agree on,” said Arthur Deakin, an analyst with AMI.

The country plans an auction for new blocks by the third quarter of 2022, in a separate initiative to bring in new producers that could reduce the Exxon group’s dominance of Guyana’s oil sector.

Guyana “is going towards a more open system” for exploration rights to oil producers, Deakin said.

“It’d be only natural that future contractual services follow the same path,” he said.